Three ways to break the Rule of Thirds by Mike Betts, Photocrowd co-founder 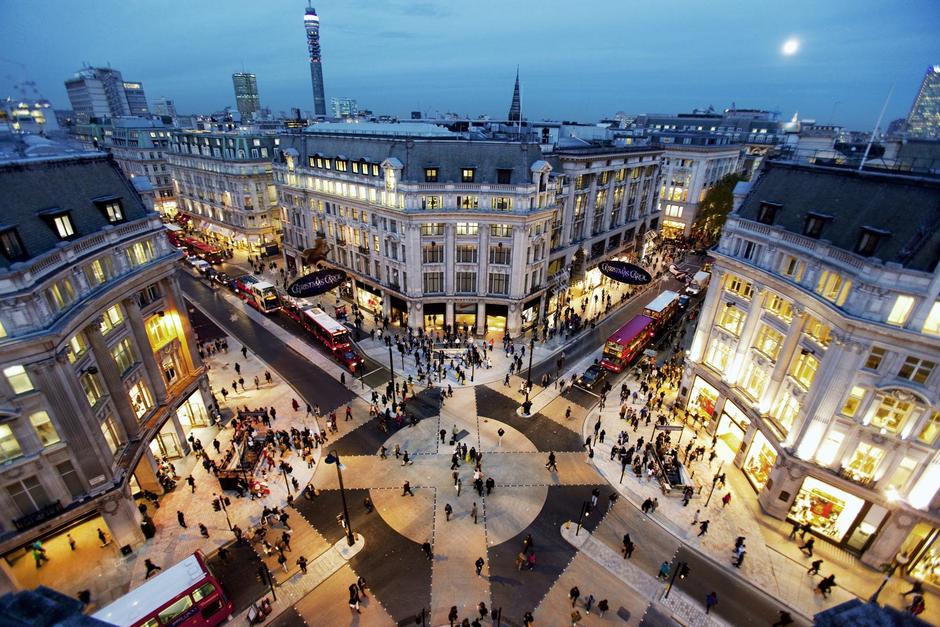 This month’s Photocrowd Assignment – Going off-grid – challenges you to deliberately break the Rule of Thirds. And with good reason! Photocrowd co-founder Mike Betts discusses ways to approach it.

Let’s remind ourselves what the Rule of Thirds is, and how useful it can be. But then take a more critical look at a ‘rule’ that is often either irrelevant to our photography, or better off being discarded.

The Rule of Thirds explained

First referred to in 1797 by John Thomas Smith in his book Remarks on Rural Scenery, the Rule of Thirds has become the most ubiquitous rule of composition in photography.

Taught in every self-respecting beginners photography class, and referred to religiously in the pages of photography magazines and textbooks, the Rule of Thirds has you imagine your image divided into nine equal parts. 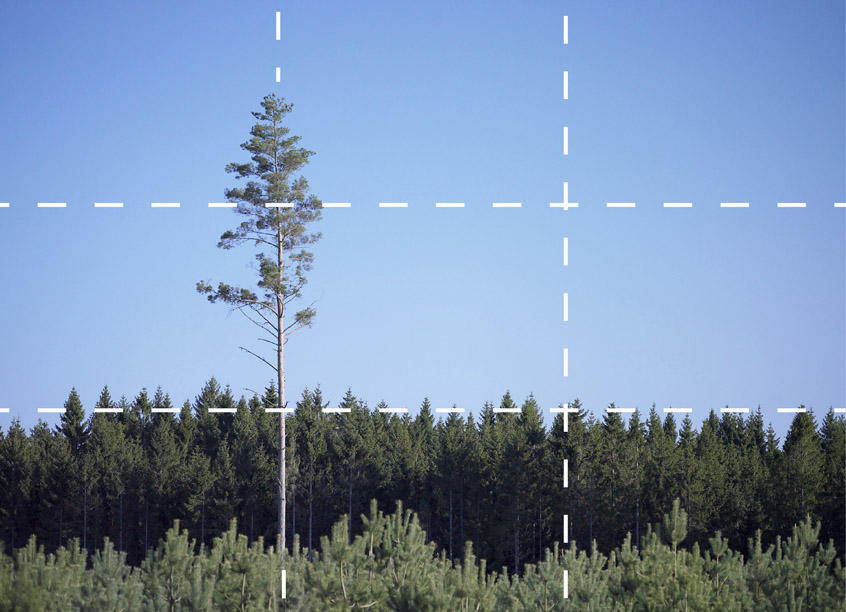 It states that where there are prominent compositional elements in a scene, they should be placed along one of these boundaries, or at one of their intersections.

That could mean that a horizon is placed a third of the way from the top or bottom of the frame: 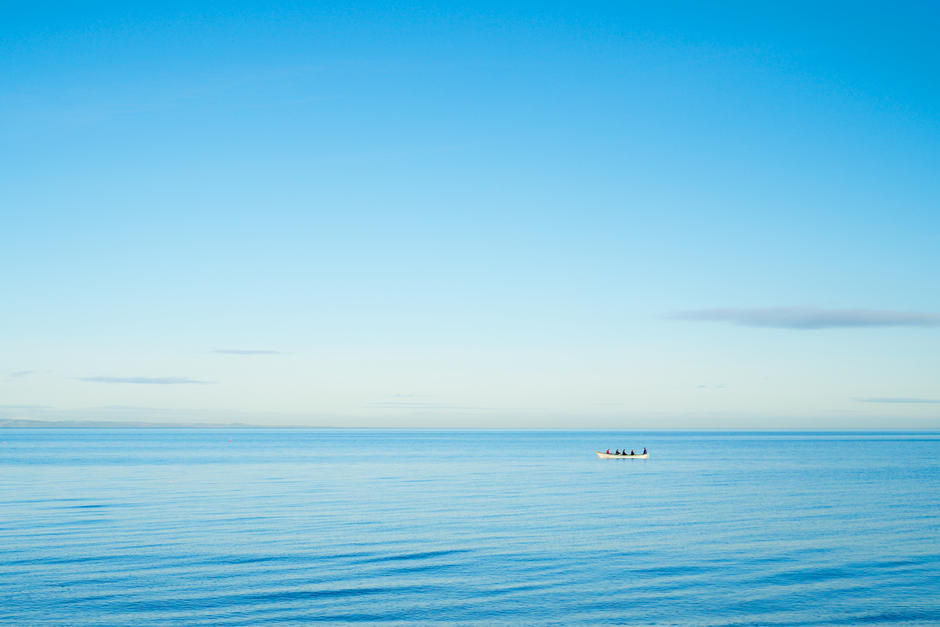 Or your main point of focus, in this case the eye, will sit at the intersection of two of the lines: 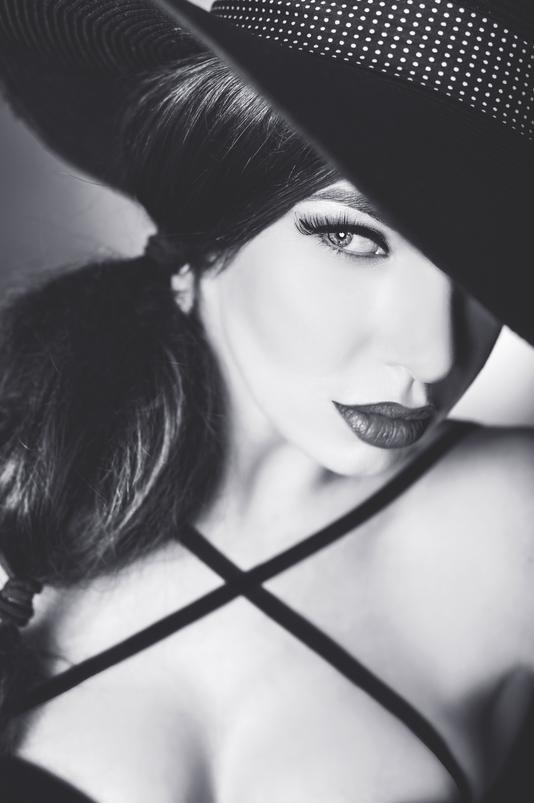 Or a combination of both, as here with the mushroom AND the dividing line between the leaves and the trees: 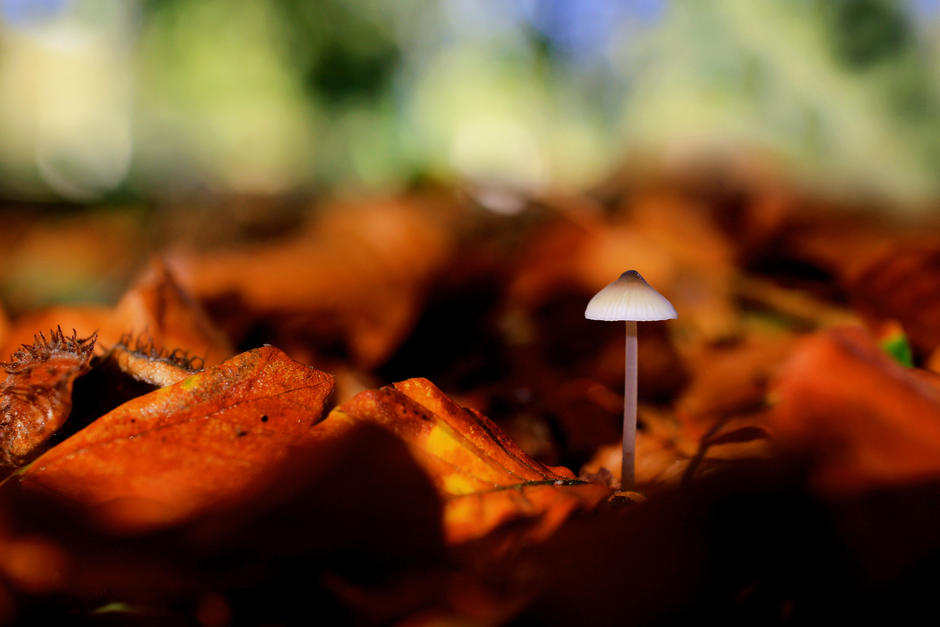 As we can see with these examples, images that adhere to the Rule of Thirds often have a beautiful and comfortable balance to them, and the eye is easily drawn to the key elements within the scene.

But alas, getting composition right isn’t as simple as always following a ‘rule’.

Often irrelevant and [whisper it] …. a bit boring?

The most obvious issue with the Rule of Thirds is that it just isn’t relevant for a lot of subjects and scenes. Try and imagine applying it to this image: 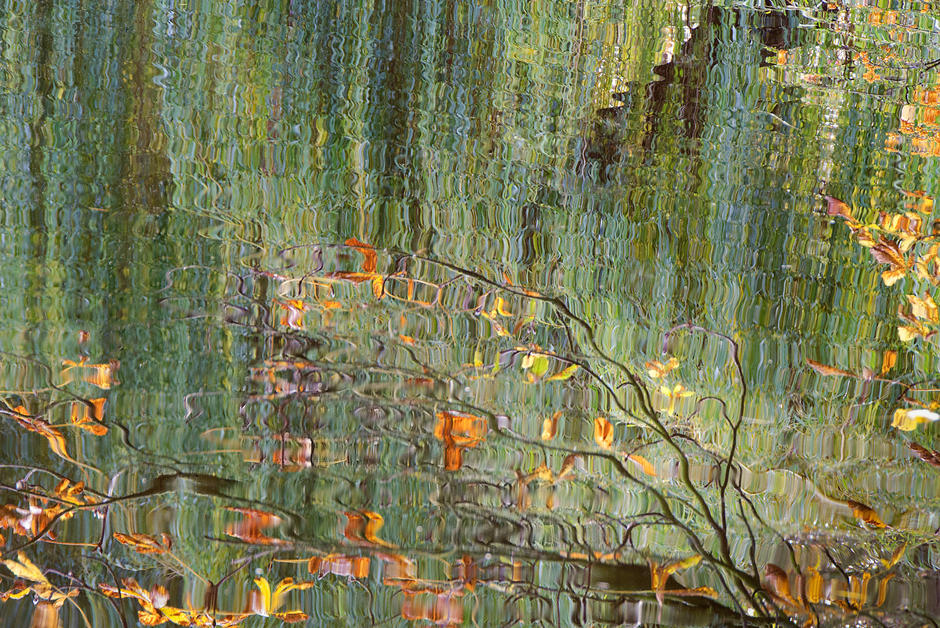 Very often it's practically useless as a guide, and the choice of a good composition is purely in the hands of the photographer’s innate compositional feel and experience.

And with subjects that do lend themselves to the Rule of Thirds, the main problem is simply how conventional it has become. It can often feel like the safe, even boring option, and also increases the likelihood of cliché.

But the beauty of the Rule of Thirds is that once you’ve digested it, it does lend itself well to being broken. It doesn’t always work, but it’s worth trying. So here are three ideas for how it can be done successfully.

Placing your subject or horizon in the centre of the image is the most obvious alternative to the Rule of Thirds, and works well for many subjects.

A prominent horizontal line in the dead-centre of an image perfectly bisects it and gives equal weight to the two halves of the image. 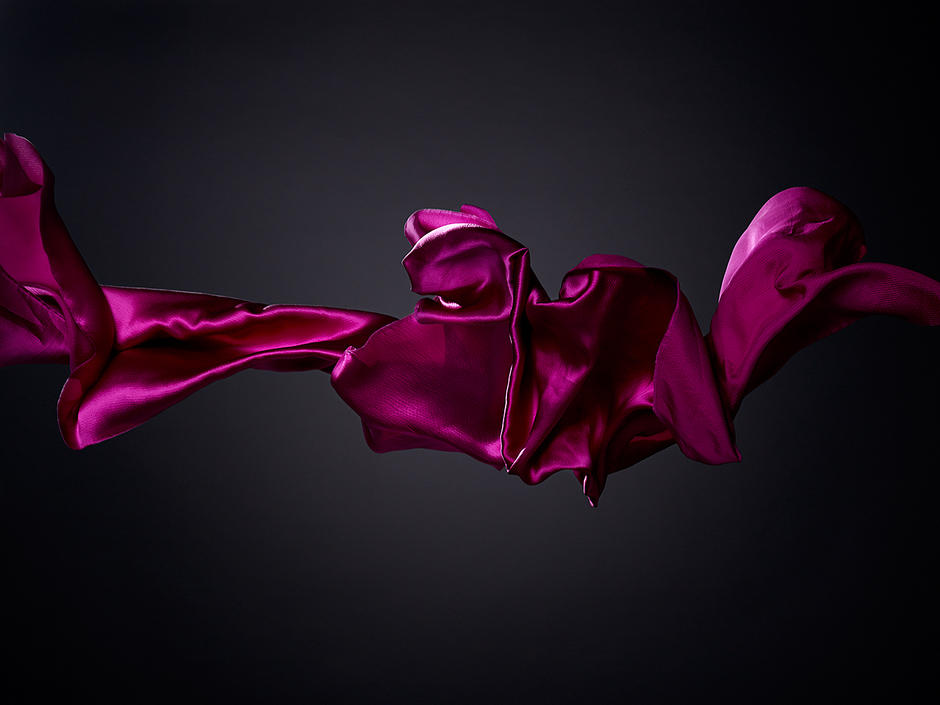 In portraiture and still life there is an immediacy, simplicity and directness associated with situating your subject in the centre of the shot. It brings the subject to the centre of the viewer's attention, as well as the frame, and can reduce the importance of the subject’s setting or backdrop. 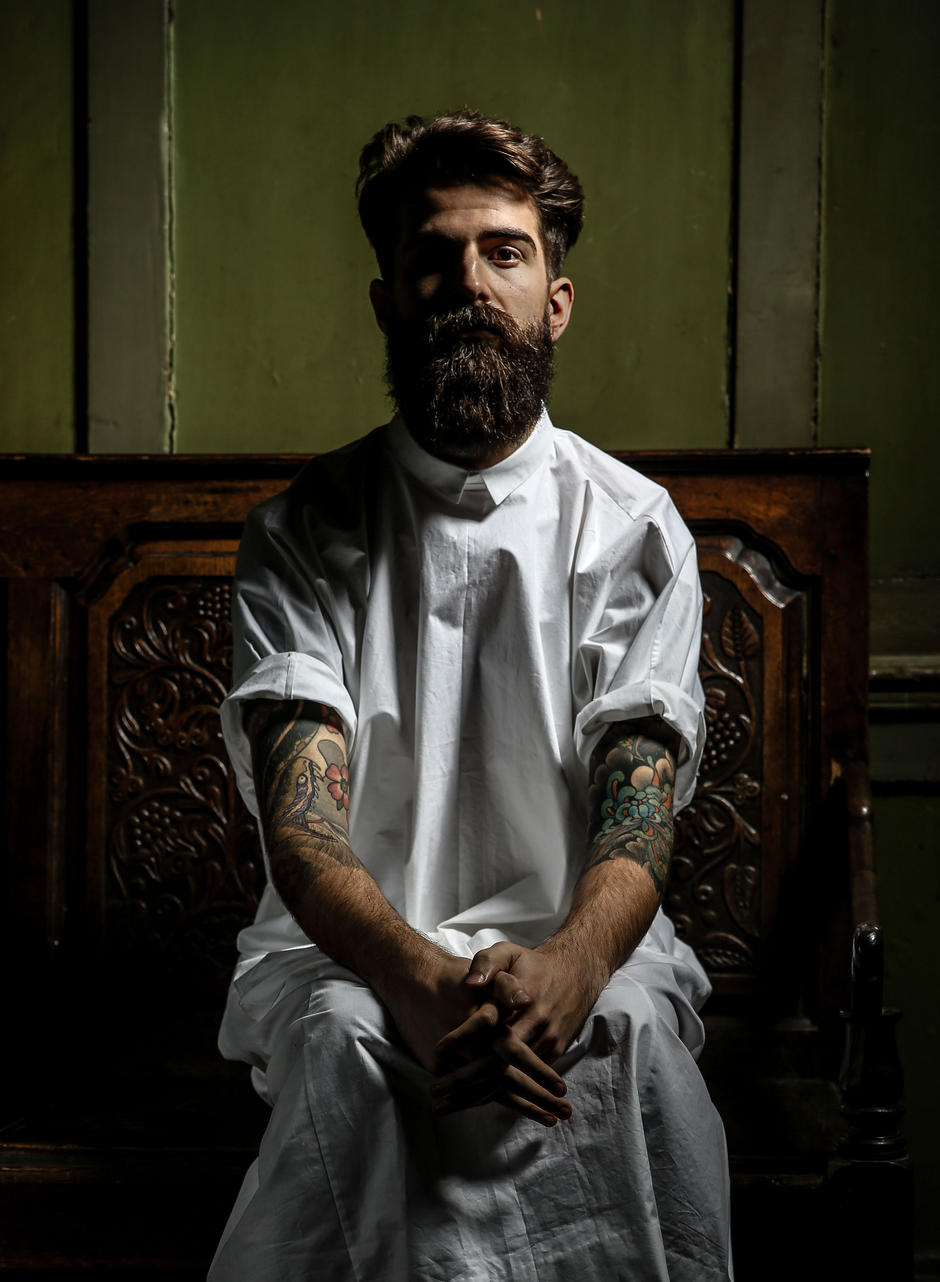 Adding some lack of symmetry to the background is a confident move that can add interest to the image, and also challenge the attention that the main subject is asking of the viewer. 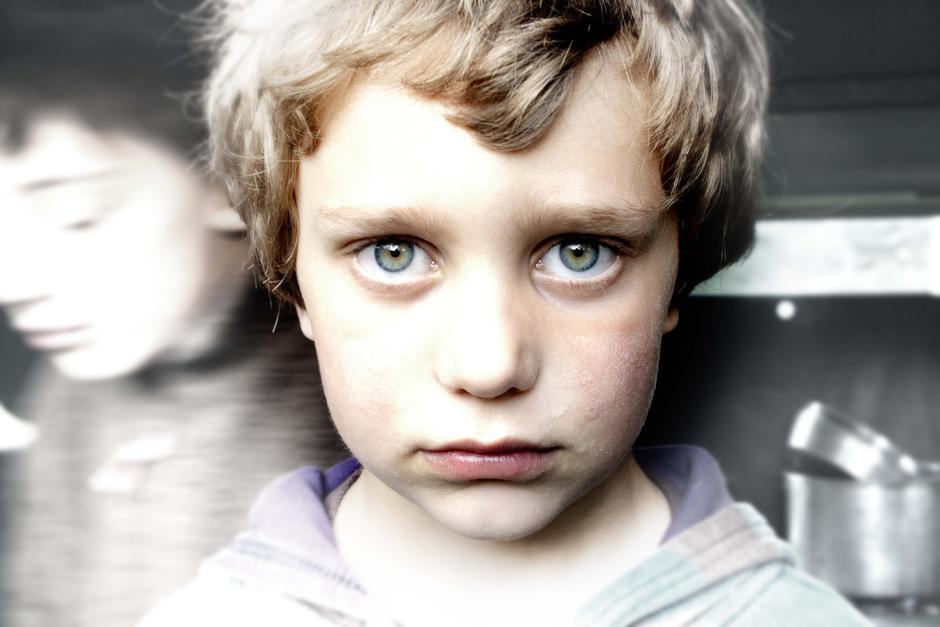 And shooting a subject centrally works particularly well when using a portrait or square format, where there often simply isn’t the horizontal space to allow the subject to be placed off to the left or right of centre. 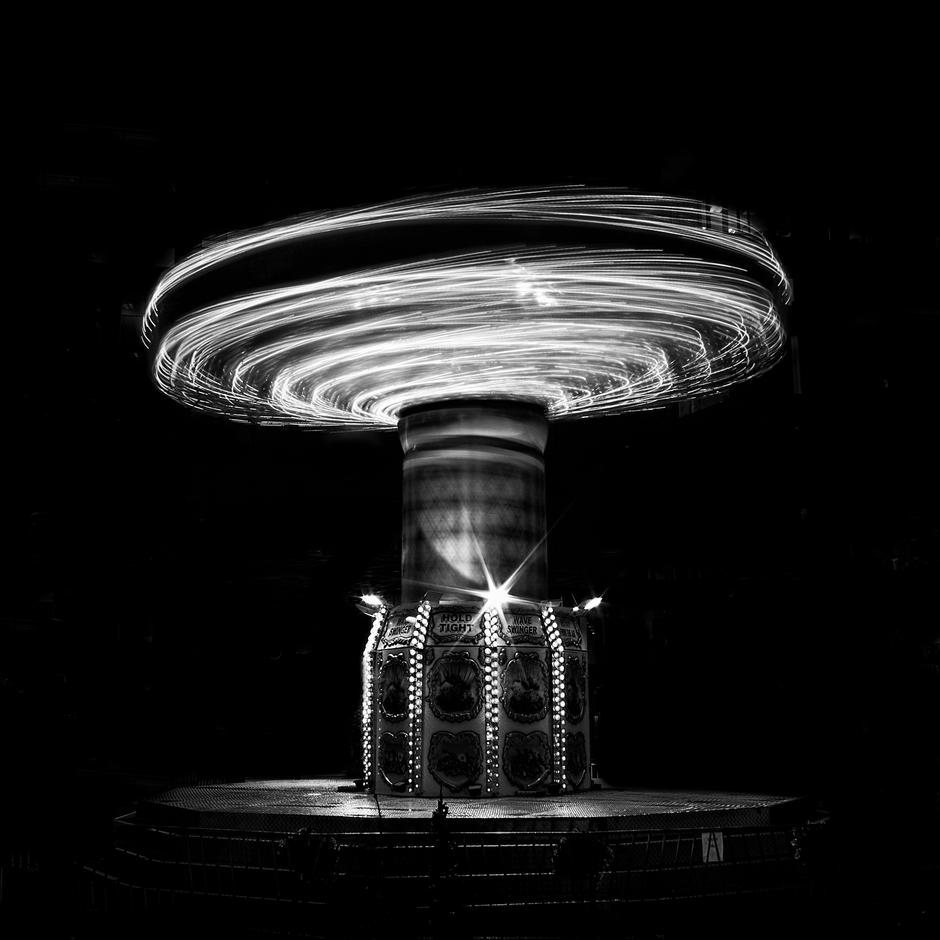 But a word of caution – if you’re going to place your subject or horizon in the centre of the frame, then make sure it is exactly in the centre. Even slightly off-centre is a lot weaker compositionally, and has less intent about it. Don’t worry if you haven’t quite managed perfection when you took the shot – you can always crop it later to get it just right.

The least conventional way to compose an image, but one that can be extremely effective, is to use the very extremes of your image frame. It feels daring, different, and confident, but needs to be done skillfully.

If you’ve got an interesting sky and a relatively featureless landscape, give most of the frame over to the sky, and drop the horizon right down: 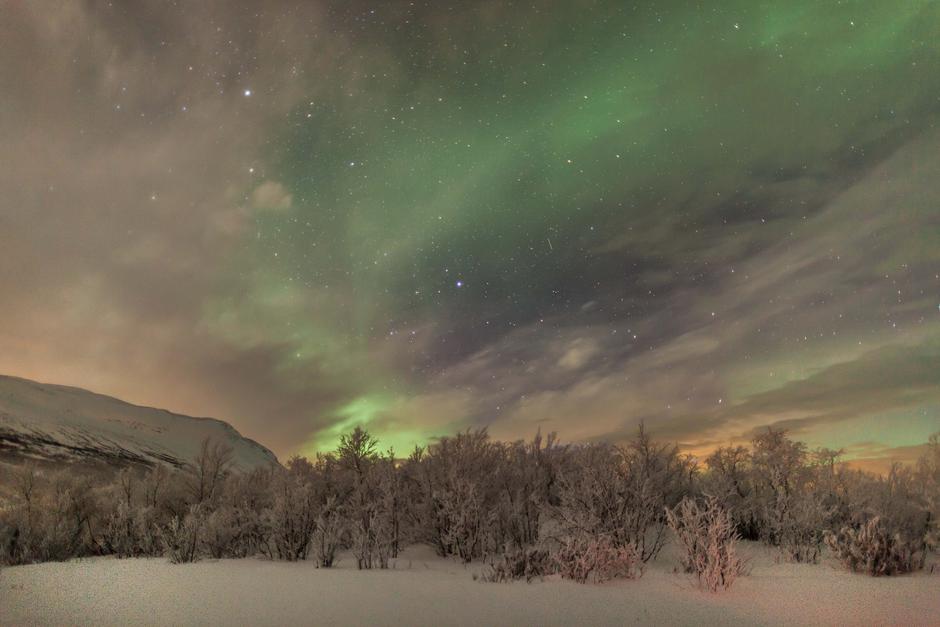 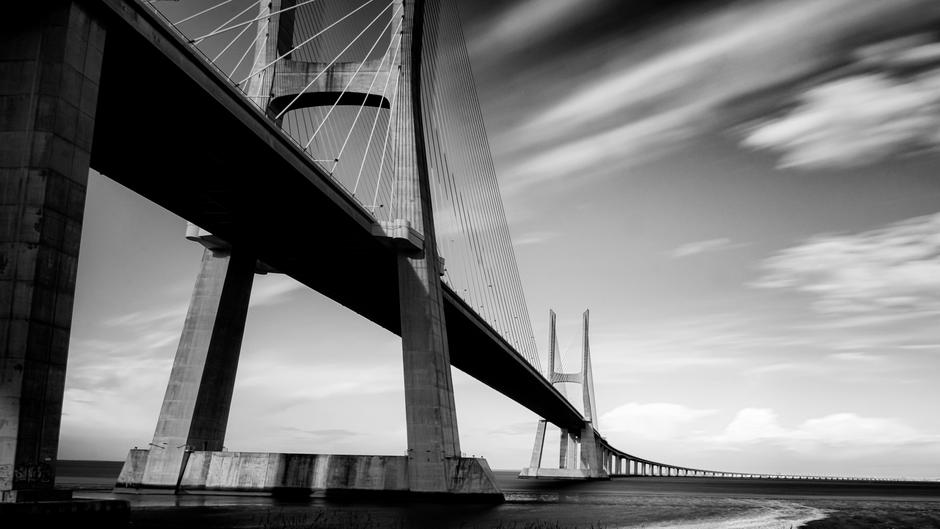 And if the reverse is true then lose most of the sky, and give the frame over to the landscape, or cityscape, that’s offering the real interest. 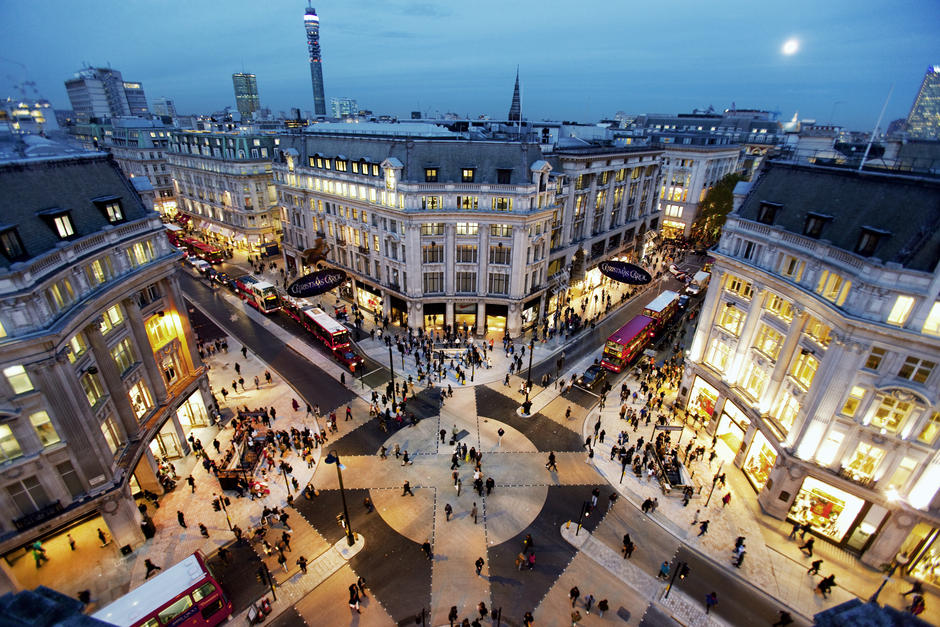 In portraiture you can experiment with the subject bursting out of the edges of the frame: 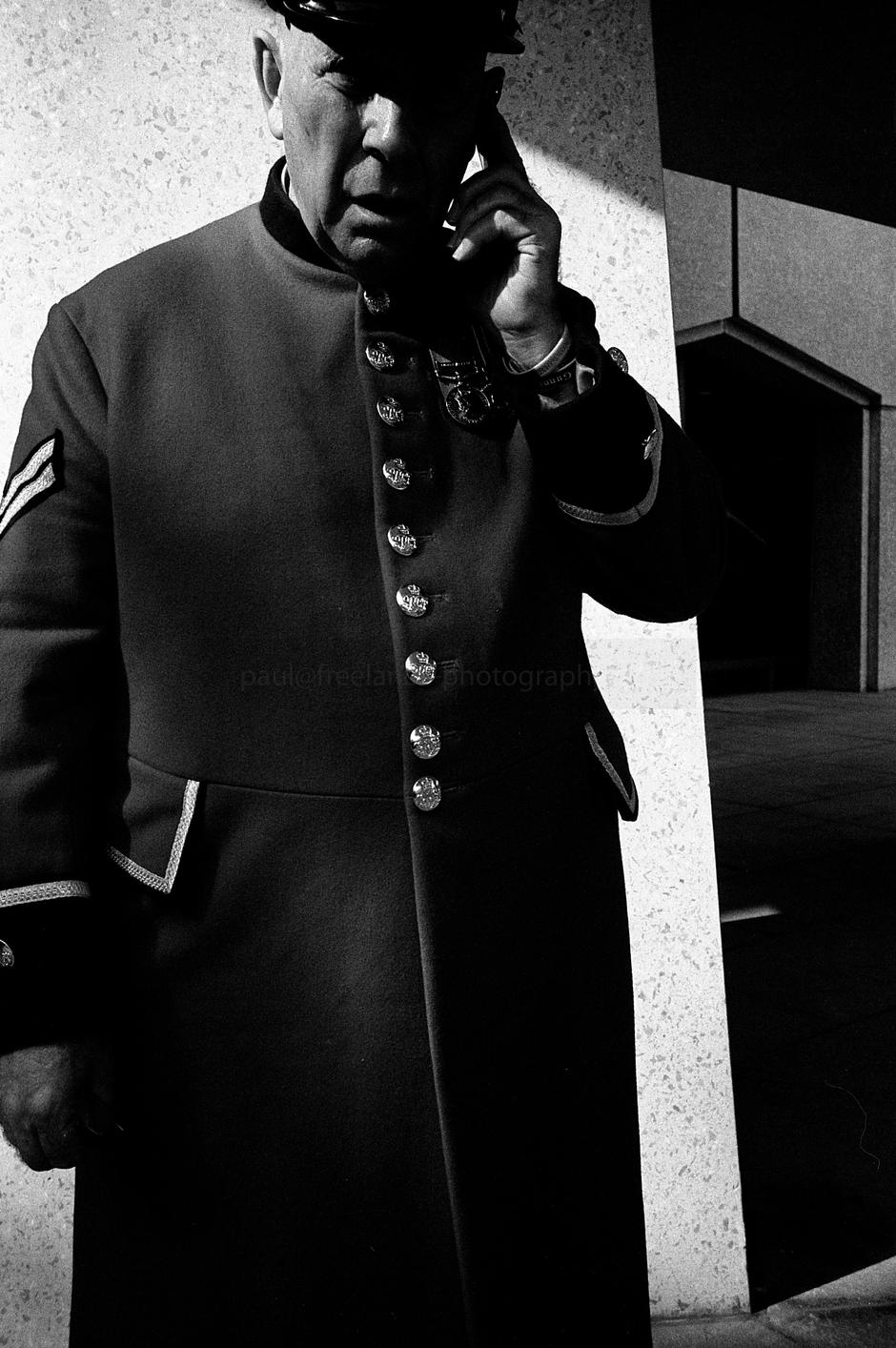 Or with your subject quietly occupying the bottom of the frame, encouraging the viewer to explore the setting in more detail: 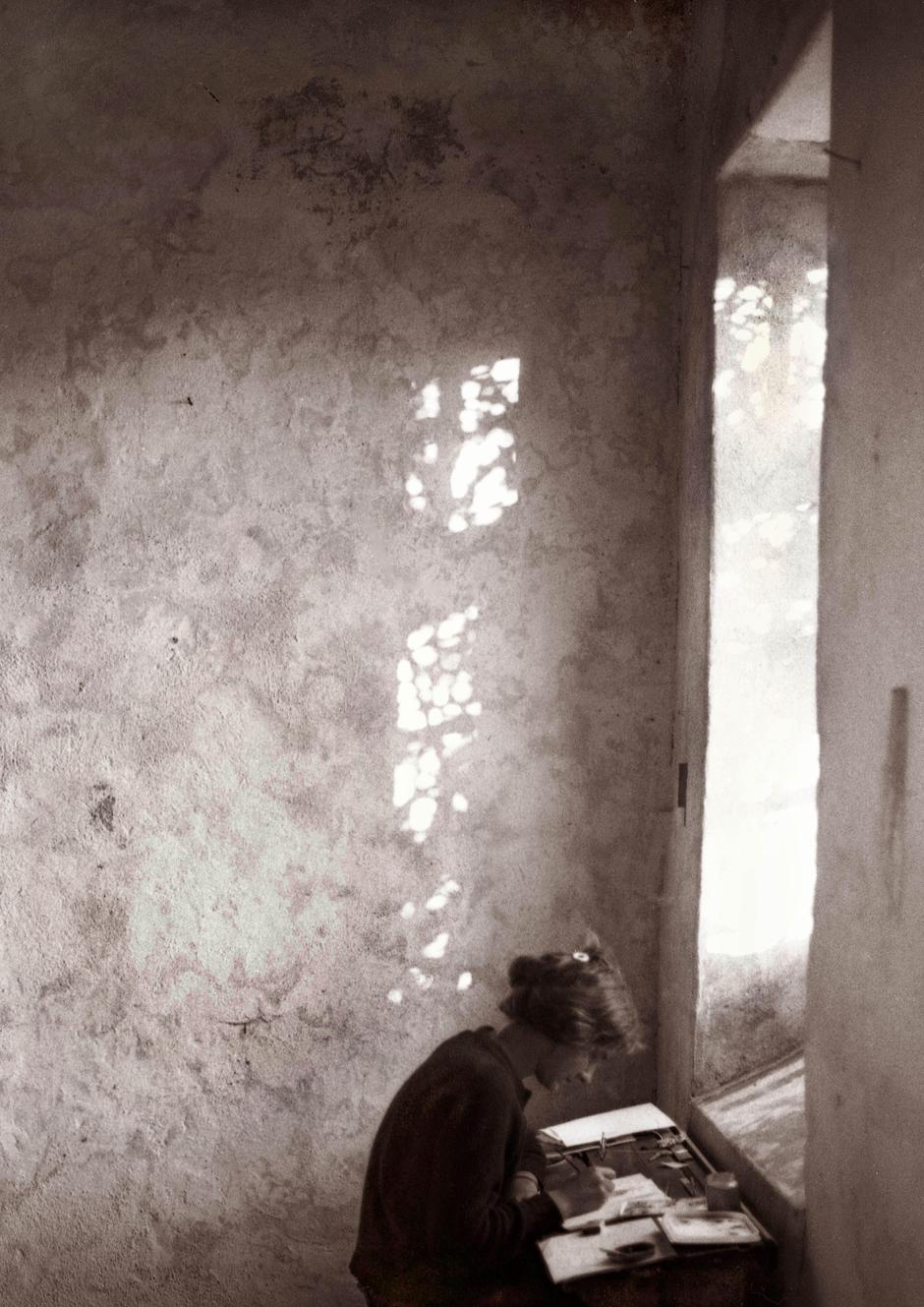 Positioning a subject at the far left or right of an image can also be very effective. The eye is said to track from left to right when observing an image, so the effect is quite different depending on whether the subject is on the far left, where your eye first alights, or on the far right, where it ends up having surveyed the rest of the image first. 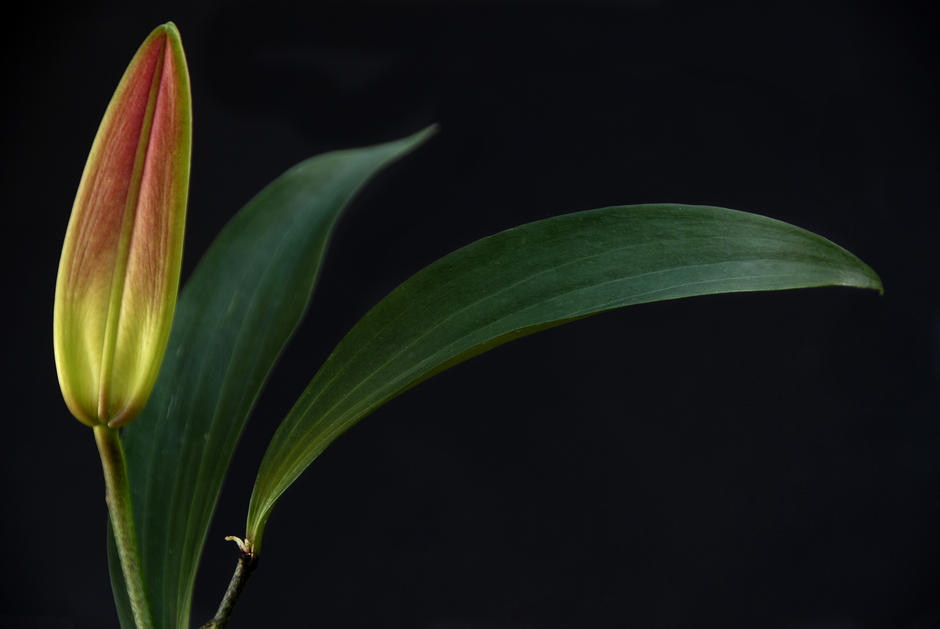 Corners are so easily forgotten in photography. Not only do we rarely think to place our main subject in one of them, they are also often darkened so as to draw the eye in to the centre of the image.

Try using them more actively, and see how it feels. It’s a bold move, but it might work. 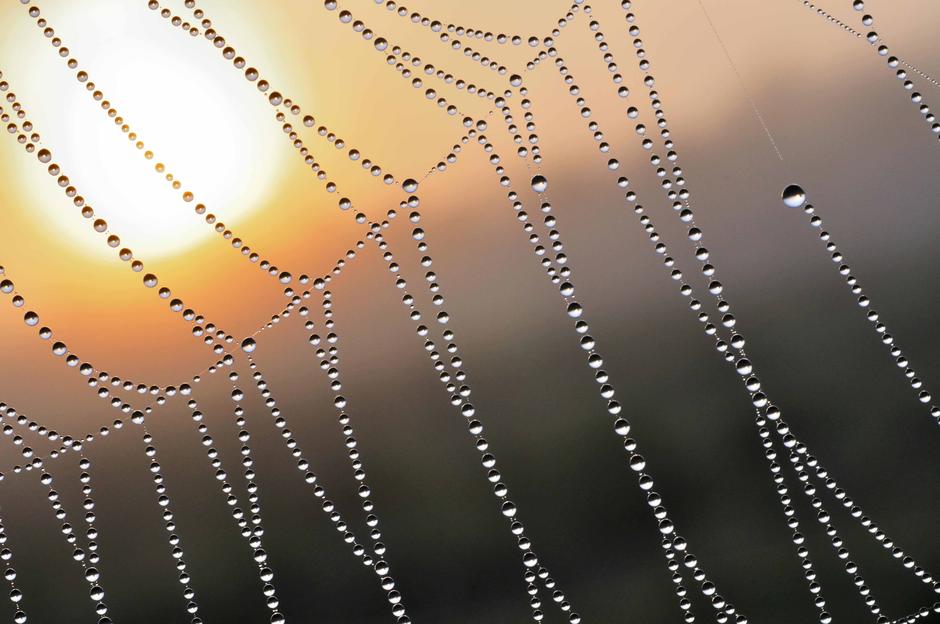 The Rule of Thirds is a great idea to have bouncing around your head when you’re looking through the viewfinder, but just remember that it’s as useful as a guide of what NOT to do, as it is a ‘rule’ to obey.

So the next time you’re out shooting, play around and try something a little different than the composition you might first be drawn to. It costs the same to take four shots as it does to take one with digital, so there’s no excuse for not experimenting.

The Photocrowd Assignment Going off-grid is open to the end of February 2014. Submit up to three images that demonstrate a successful composition that could have obeyed the Rule of Thirds, but doesn’t!