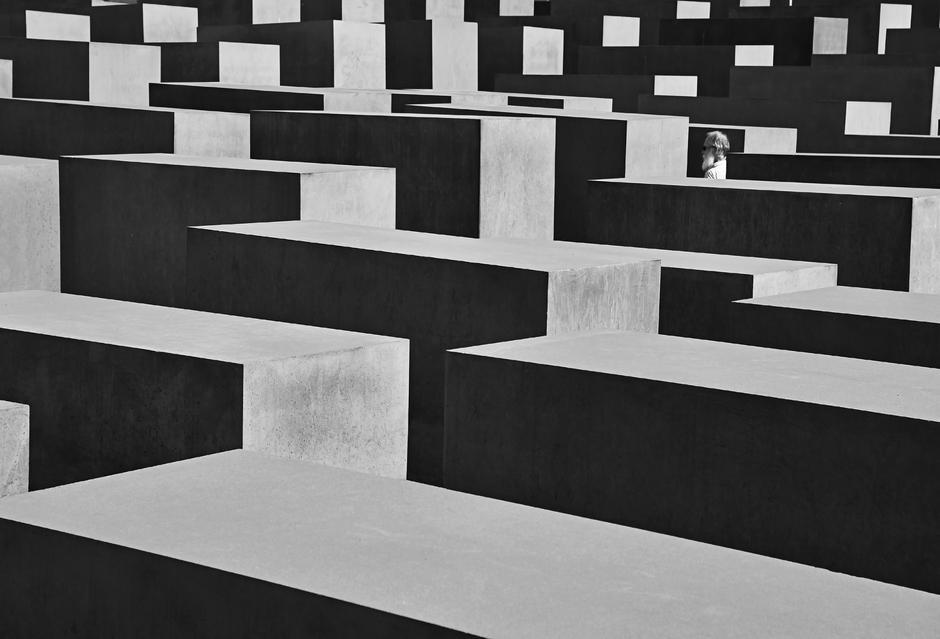 This stunning photo by Ian Howard won the expert vote in our 'Black & white photography' contest. Here Ian tells us the story behind the image...

"The Holocaust Memorial is situated in the city of Berlin in Germany. The monument consists of a large number of stone blocks of different sizes laid out in a grid pattern across an undulating site. This is a fantastic place to visit if you ever get the opportunity as it is a very poignant memorial to a significant event in world history and a fantastic piece of art in itself.

As soon as I got to the memorial it shouted out to be a monochrome image as it is predominantly monochrome and is a very abstract orientated view.

I was shooting with a D700 using a 24-70mm lens on a sunny day. The key challenge on the site was to find an angle where the blocks increased in size from front to back of the image such that I could fill the vertical aspect of the image with blocks. I then had to get into a position where the blocks overlapped sufficiently to remove the paths without the block shapes infringing on one anther too much. After this it was a case of waiting and waiting for the right person to be in just the right place. I knew I needed a single person in the upper right third as this would give me a focal point, scale and enable the image to be read from left to right. Eventually he arrived!

Post processing was not too difficult and was a simple CS5 conversion with the use of levels to balance out the light. I added a black and white gradient map layer as well and reduced the opacity to around 25%. I often add this as I find it helps the contrast and the tonal range of the image."