Steve McCurry is undoubtedly one of the world’s best living photographers. We take a look at the techniques that make him such a master 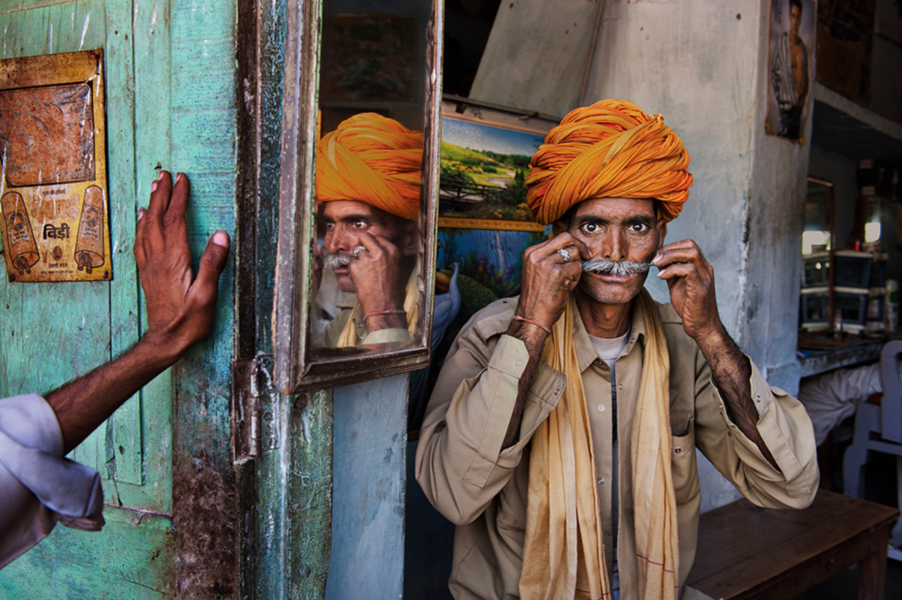 1. Travel light to avoid being weighed down

These days, Steve shoots with a Nikon D810, a camera he says is the best camera he has ever owned, particularly as he can shoot low-light scenes with ease. In addition, he uses a 24-70mm lens, which he uses for 98% of his current work. These are the only items he’ll have on him when he’s walking the streets, meaning he’s not weighed down by unnecessary accessories such as a tripod. Always remember to be comfortable and wear a good pair of walking shoes. 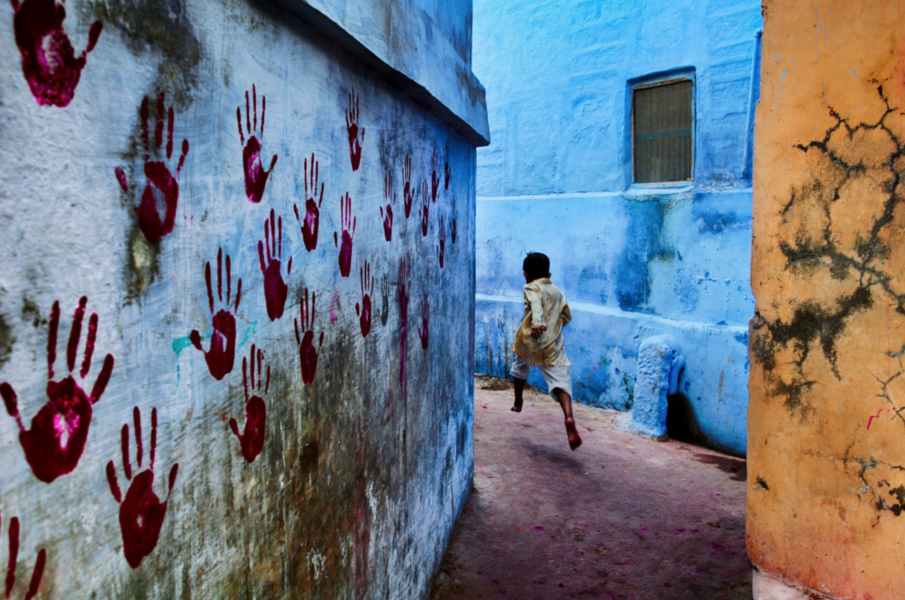 2. Don’t get bogged down in research

‘As far as research goes, I don’t ever want to do too much of it because, if you go to a place with too many preconceived notions, it can spoil things,’ says Steve. ‘It’s more fun for me to discover things while I’m there instead of going with a long shopping list… When I’m shooting for myself, I like to just walk out of the hotel in the morning and wander around enjoying the day, to get into the right frame of mind. Then, after a while, hopefully I start to see things. Sometimes these magic moments happen and other times I can walk around all day and not see anything. In the end, you just have to average it out. ‘ 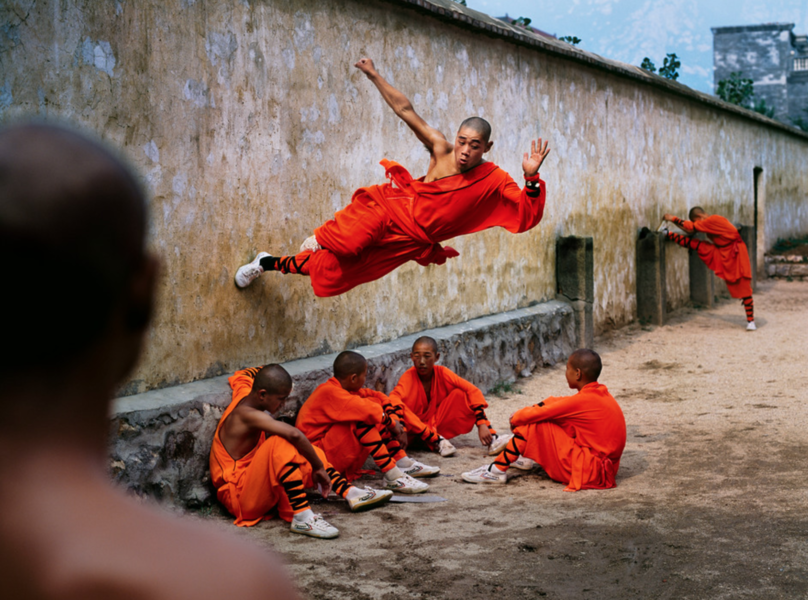 McCurry is perhaps most famous for the vivid use of colour that dominates his work. McCurry’s reason for this is simple: the world is in colour so it’s logical to shoot it in colour. Throughout the years, he has visited locations that naturally lend themselves to colour representations – India, Cuba and Tibet, et al.

It’s easy to take for granted but learning to see colour takes practice. You have to study it – how do certain colours work together? How do they clash? What can they tell about the scene? Colour can be a crucial compositional element and can also tell a story all its own. It’s worth taking some time to go out and find striking primary colours. Once you begin to tune your eye to those, you’ll begin to train yourself to notice the subtleties, those hidden smaller shades that sit somewhere in between. 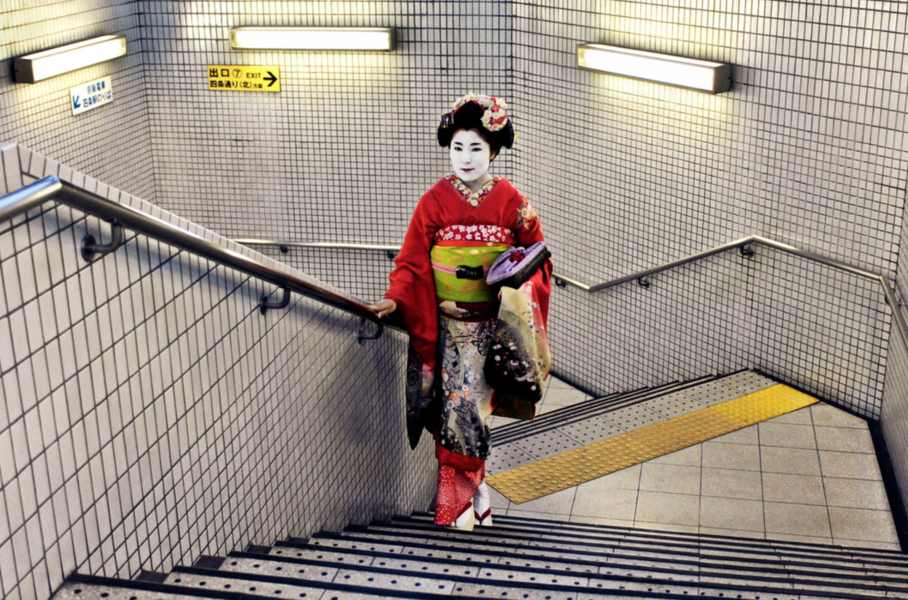 4. Overcome your shyness and ask to take portraits

McCurry’s portraits are instantly recognisable. They’re striking and always engaging. He achieves this through the simple act of actually engaging with his subjects. While he does also take candid images, it’s his collaborative portraits that work particularly well.

McCurry has pointed out on more than one occasion that while you’re never going to get 100% of people saying yes to a portrait, you're likely to get lucky more times than you think. If people think you’re sincere and your intentions are honourable, most people will give you a few minutes of their time. Just remember that you don't know the person's story. It could be they've had a bad day, some bad news or just don't feel like being bothered by a camera. If they refuse or object, move on. As a photographer, you can’t take it personally and get upset about it. 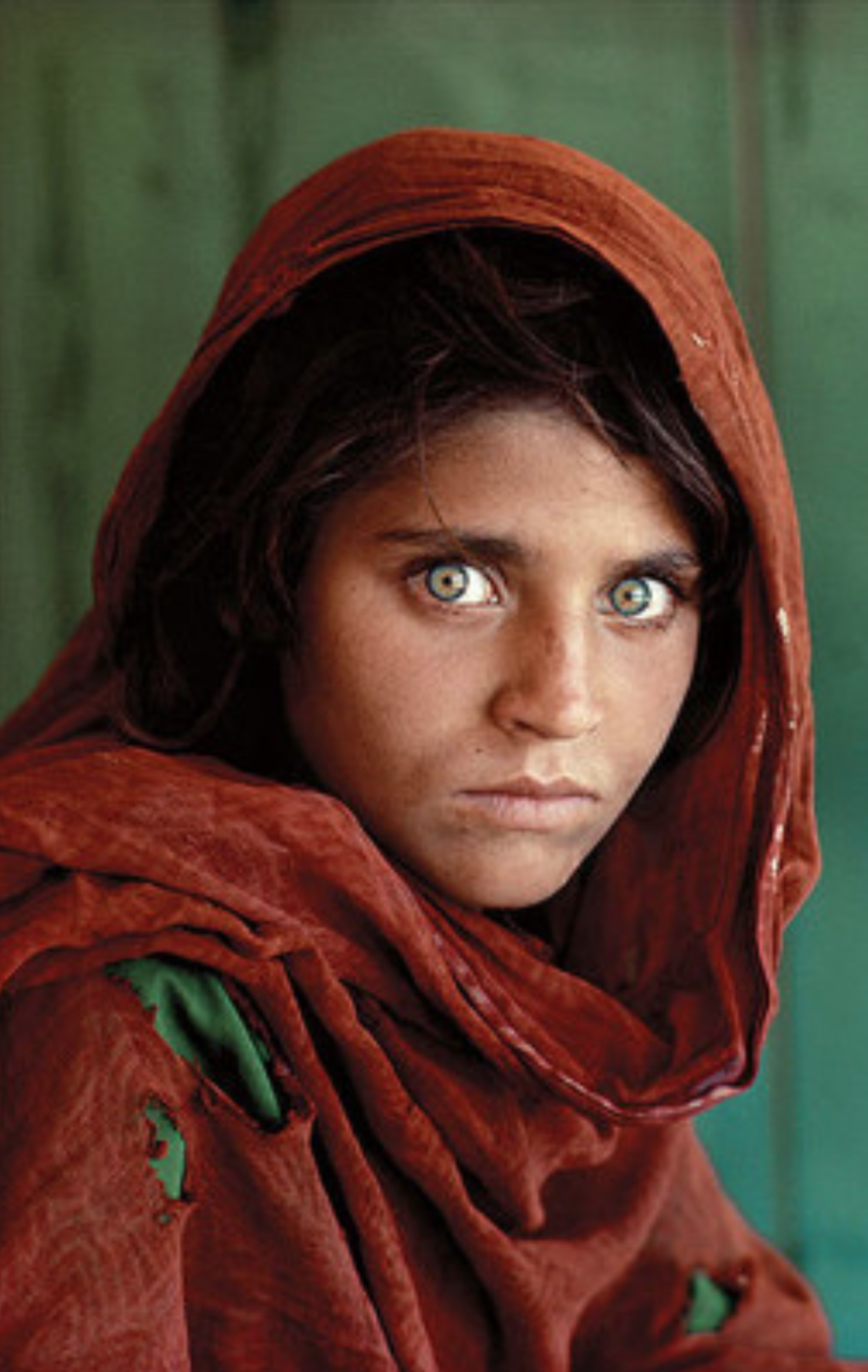 5. Get close into your subject to create intense and intimate portraits

McCurry’s portraits are particularly notable for the intimacy he is able to create between the subject and viewer. Generally, he will shoot the portraits from the chest up and, as all good portrait photographers do, ensure the eyes are pin-sharp. His eye for colour is evident here, also, as you can often see he picks subjects who are wearing items that either compliment or contrast with their surrounding environment. By using wide-open apertures, around f/2.8-f/5.6, McCurry is also careful to ensure the background is just out of focus enough to ensure the subject stands out from their surroundings. 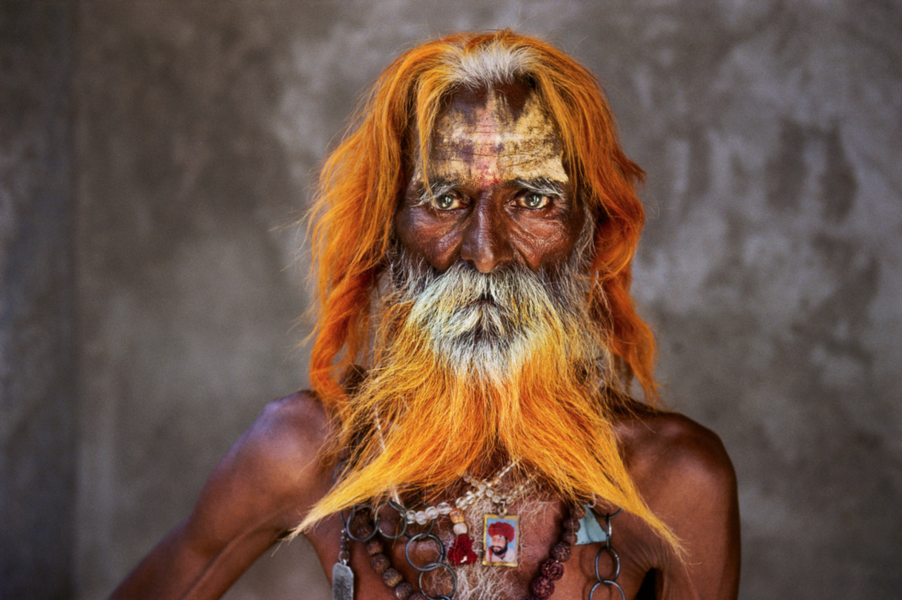 6. If a shot doesn’t come together the first time, go back and try again.

There have likely been several occasions where you’ve found the right location or situation yet for some reason the conditions, such as the light, people or weather just haven’t been right. But that doesn’t mean it won’t eventually. Return to the location, several times if you have to, and try again and again until it’s right. Patience and perseverance are the greatest weapons of any photographer.

‘One key to finding the right situation, the right light, the right moment, is to go back time and time again until you feel you’ve really gotten the best you can out of that situation.’ 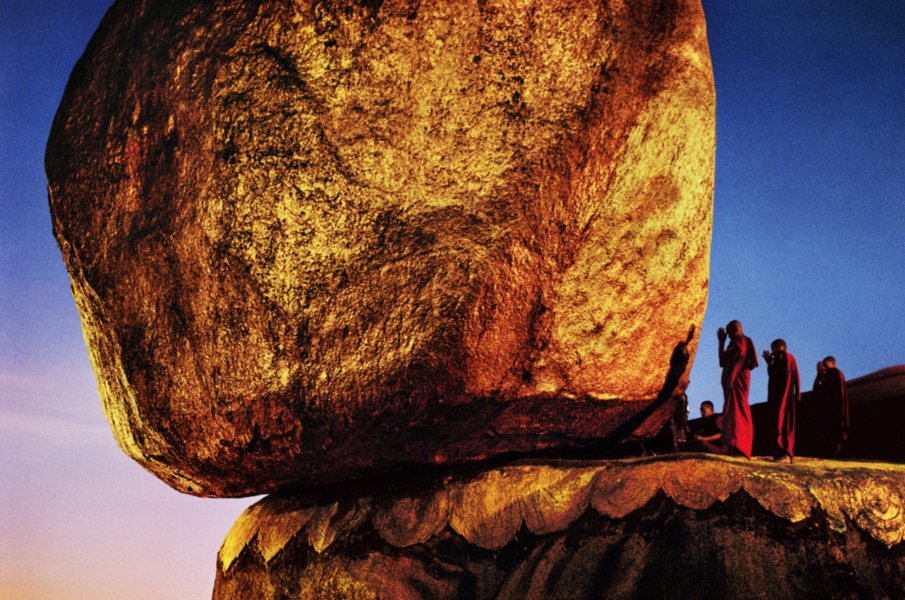 7. Use framing devices such as windows or doors

If you look through McCurry’s work, you can see that he is a fan of using frames within his work. Doorframes, windows and hollowed walls feature prominently in his work. This is a wonderful way of creating an almost tromp l’oeil effect within the image. The frame within a frame is a powerful geometric method that is very pleasing to look at. 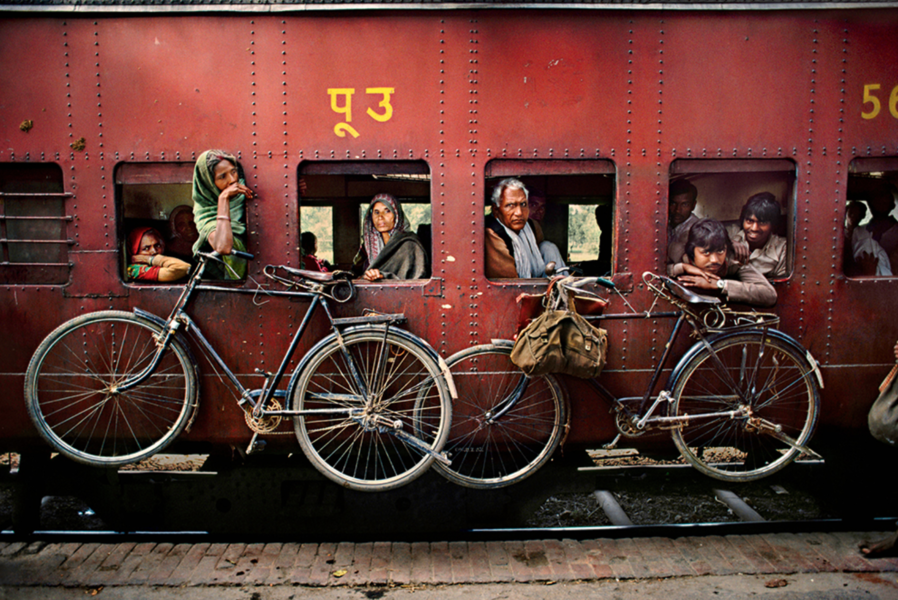 If you’ve studied photography then you’ll know of the compositional rule of thirds, which says you should see your image as a grid and compose your image along the points of intersection between two vertical lines and two horizontal lines. Position the elements you want to emphasise in your images along those lines and intersections and you’ll have an image that is visually pleasing for the viewer. While many photographers tend to break this rule as they become more experienced, McCurry is a bit of a traditionalist in this respect. Looking through his images you can see that he follows the rule time and time again. 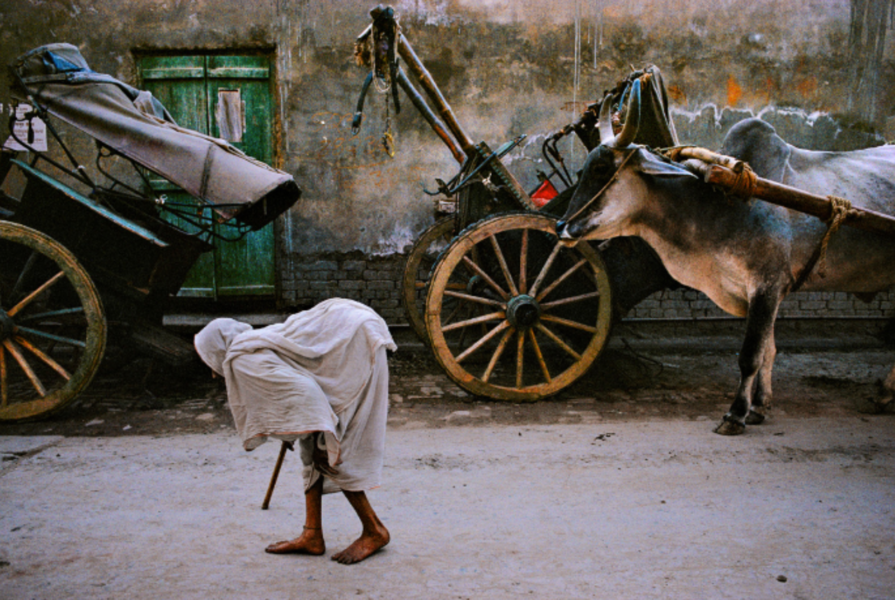 9. Be patient and wait for the perfect moment

‘Most photographers have at some time recognised a composition, perhaps a poster or something on the wall, and waited for a person or animal or car to complete the picture. There are times when you recognise a design or a composition, and you work it; if you think it’s worth it, you’ll wait for as long as it takes. I did that just a couple of nights ago in Venice. It was about 1 am and there was this amazing fog, and I waited over an hour to get the shot.’ 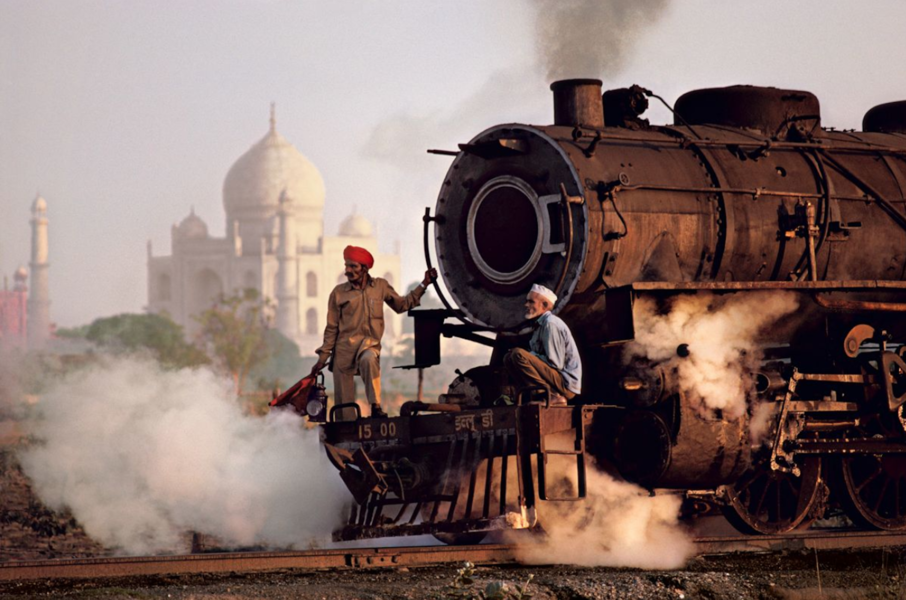 10. Use the centre of the frame

You’ll also notice that McCurry often places his subjects centrally in the frame. This is particularly true of his portraits and images of people taken within large swathes of environmental context. People tend to avoid such an obvious technique, conditioned as they are by the above-mentioned rule of thirds. However, there is real power in the simplicity of placing your image dead in the centre and it’s evident throughout much of his work. 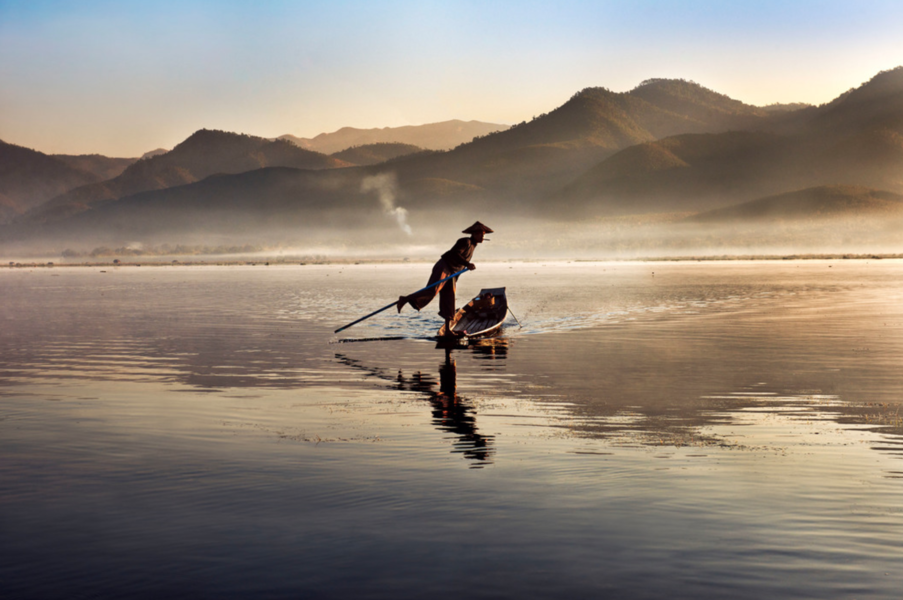 11. Plan your photography around the times of day the light is at its most flattering

McCurry tends to plan his shooting days around the light. He will always shoot when the light is at its most flattering to the subject, which tends to be in the morning and evenings. In the times of day when the sun is overhead and too hard, he’ll shoot inside, maybe markets, temples or shops. 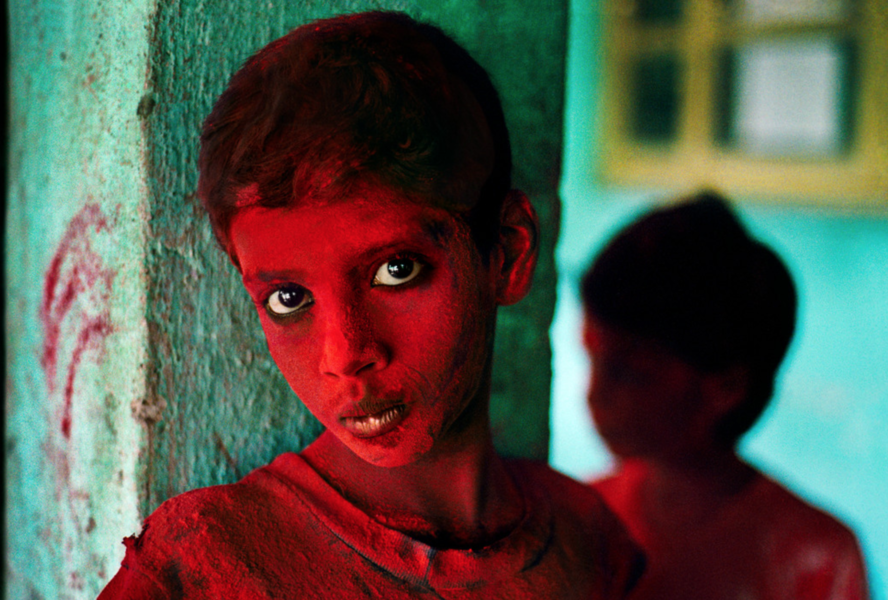 12. Always experiment with your images

‘Try and think outside the box. Don’t just photograph on a bright sunny day. Try and photograph at night in very low light. Don’t be afraid to make mistakes. Be experimental. Whatever kind of photography you do, I think you have to experiment and try different things and see what works best for you and your type of photography. There’s no one answer.’ 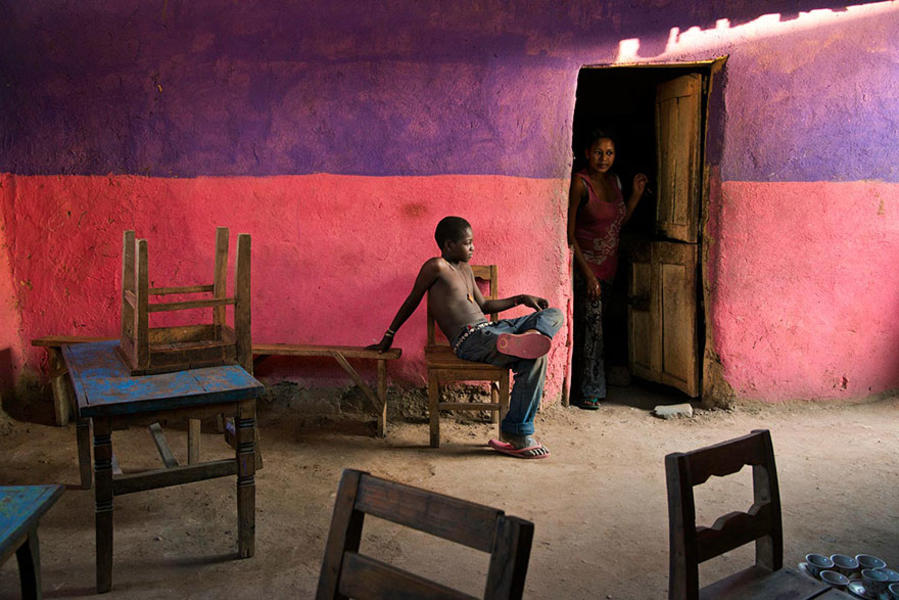 Again, we turn to a traditional photographic technique. McCurry often uses leading lines to achieve depth and pleasing visuals. Leading lines are a great way to lead the viewer’s eye into an image. It’s a simple technique that can make almost achieve the illusion of three-dimensionality. It can carry us right into the world of the image. 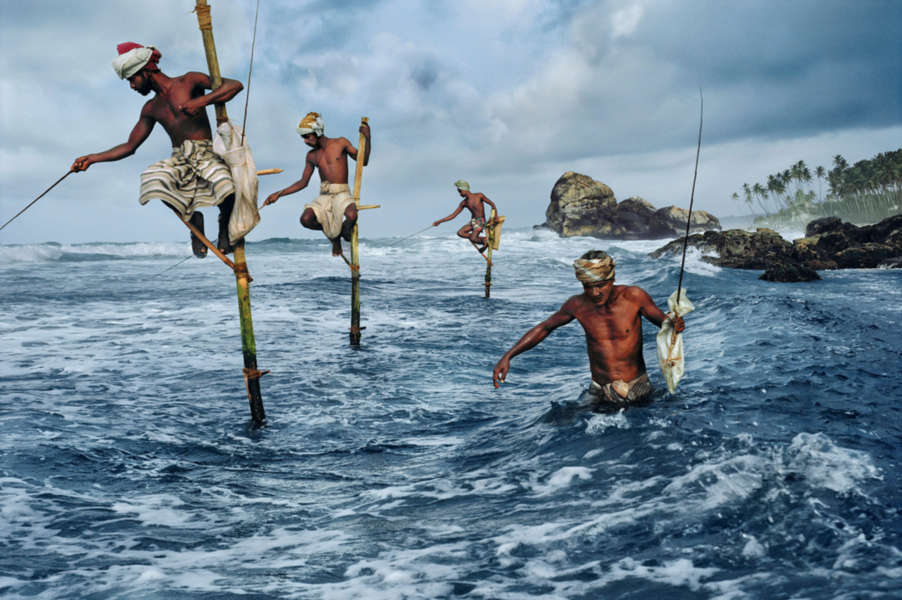 14. Find a subject you really believe in 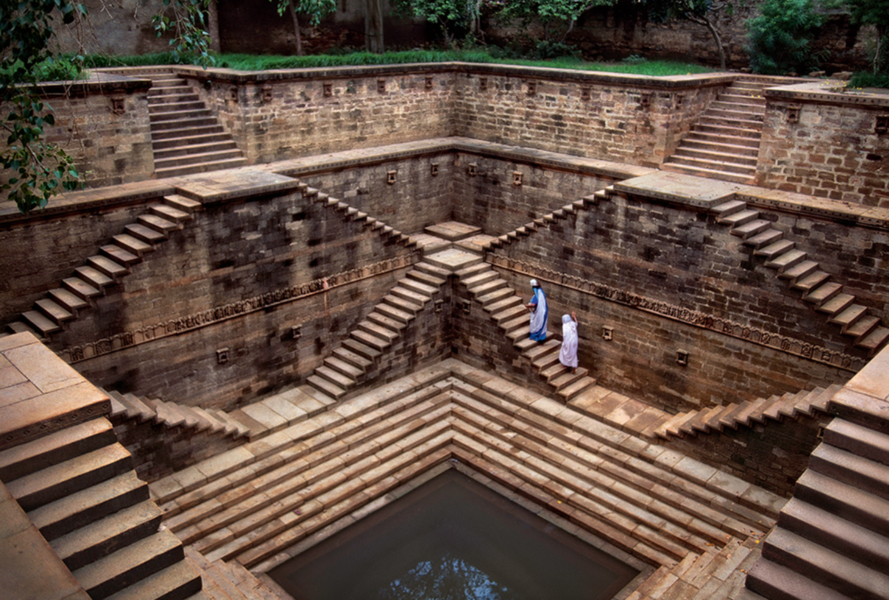 It’s important to keep your mind open at all times. It can often be the case that you have a fixed idea for a particular location. Then on the journey towards your destination you find something even better. Photographs are everywhere. Keep your eyes peeled and be aware of each and every moment that you encounter on your journey.

‘One of the most important lessons I’ve learned is that some of the great pictures happen along the journey and not necessarily at your destination,’ Steve McCurry said back in 2014. ‘As you’re driving down the road, you have to be attuned to what’s happening and you have to be looking at and searching for possible things to photograph. You can’t let good situations and good opportunities pass you by, because that opportunity may be more interesting than where you were going. Some of my best pictures have happened as I was travelling to a particular place.’ 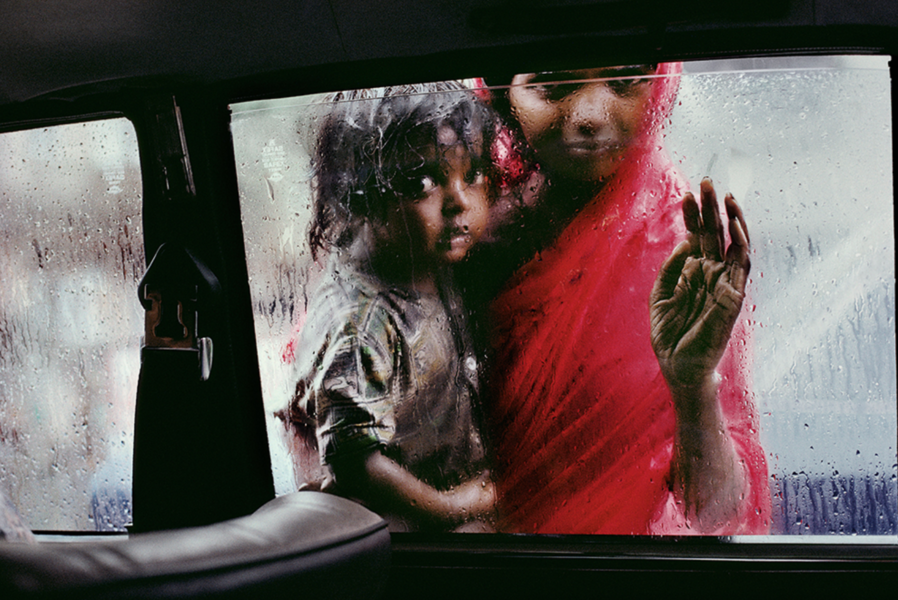 16. Use photography to learn about the world

‘If you want to be a photographer, first leave home.’

This nugget of wisdom is crucial to understanding what drives McCurry. He uses photography to learn about the world. It’s a way of putting himself in contact with cultures he would not otherwise experience. That, in turn, brings us, the viewer, into whole new worlds. However, that doesn’t necessarily mean having to travel thousands of miles. Today’s world, every street and city, is a multicultural melting pot. Just taking a walk across town can take you into a land that seems so different to your own. Every step takes you into a new world.

17. Study the photographers of the past

‘Look at the history of photography, go to a bookstore, look at some photography books. There’s so much incredible photography which has gone on in the last 50-75 years. You really need to know who some of these great photographers are. You have to study their work. There’s a long, long list of wonderful work that we can all learn from and appreciate. I think some of these historical pictures we can actually even incorporate some of these techniques and ideas into our own work.’