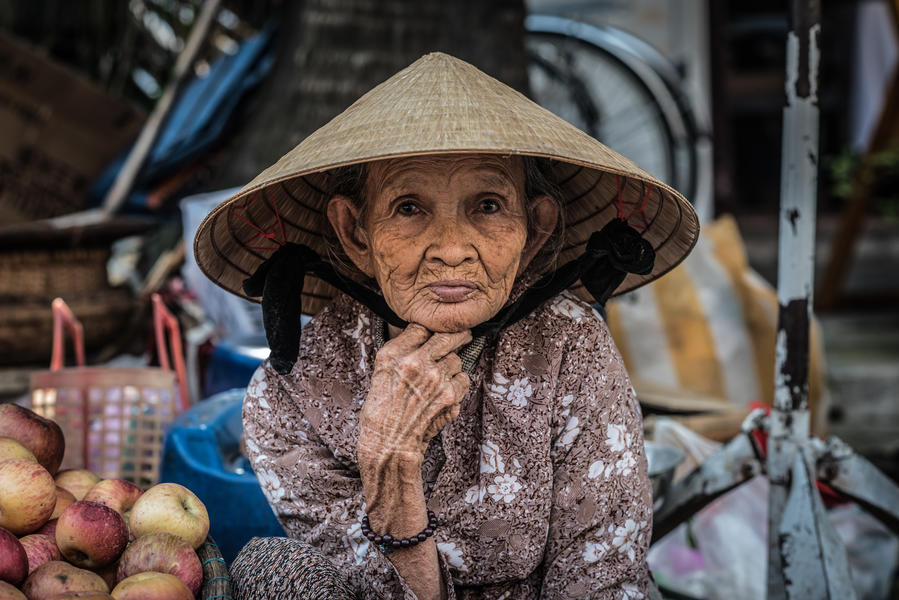 1. Use body language to bypass the language barrier

One of the main things that can put many people off shooting street portraits in other countries is the language barrier. However, it's important to realise that not all communication has to be spoken.

'I once read that 70% of communication is non-verbal,' says Joshua. 'Even if this isn't entirely accurate, I think that we are all able to communicate effectively without necessarily speaking the same language.

'Never forget that a simple smile is understood in any country. It's a universal gesture. Further, most people will recognise a camera and often actually want to have their photo taken. People, no matter where they're from, are incredibly receptive and tolerant when they see that you'd like to point a camera at them.' 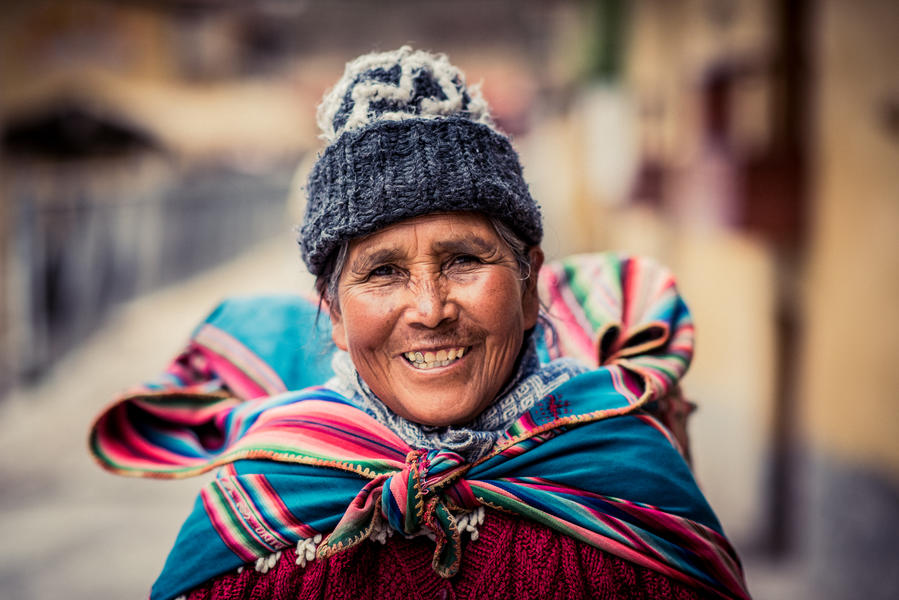 2. Look for faces that tell a story

Often the most interesting subjects of street portraits are those that seem to have their entire history etched into the lines and contours of their face. There's something about a face that looks lived in that draws you in and inspires you to create your own narrative about the person.

'I really believe that people's faces tell a story,' says Joshua. 'I like to tell stories through my photos. That's really the ultimate aim of all photography. A successful street or travel photo will have some kind of emotive effect on the viewer and I often feel that the photos of the older people I encounter on my travels succeed in this. When I point a camera at someone and press the shutter, I like to wonder what these people have seen and experienced in their lives. I hope that others feel the same when they see my work.' 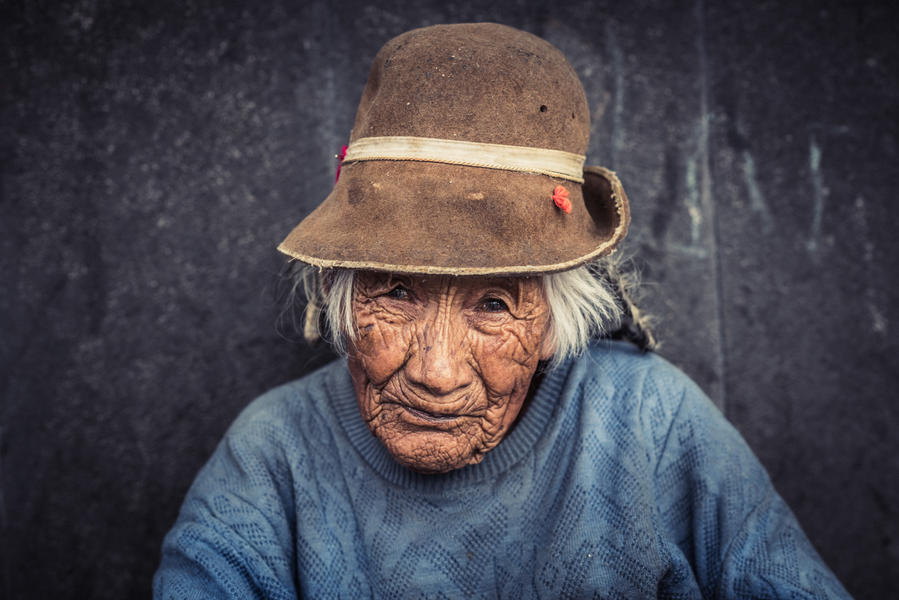 3. Draw the viewer in by shooting tight head-and-shoulder compositions

If you look through Joshua's body of work, you can see that he favours a uniform aesthetic. With few exceptions, he composes his frame as a simple head-and-shoulders format. This aesthetic means the viewer is drawn into the world of the subject. We are able to absorb ourselves in the story-telling faces, look right into their eyes and empathise with them. It creates a connection between the subject and viewer. Crucially, this tight frame also means that Joshua is able to reduce the environmental context around his subject and create an economic image that succeeds due to its simplicity. 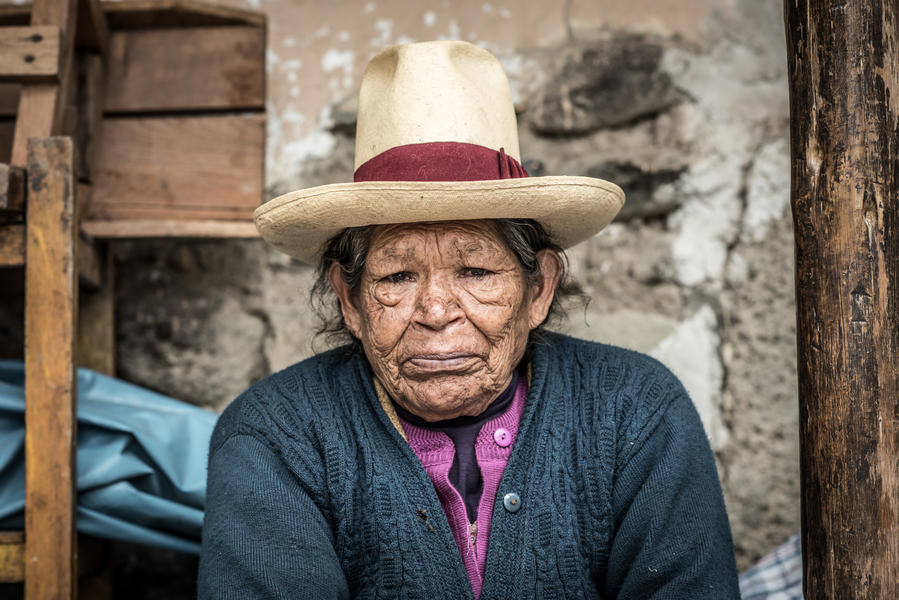 4. Simplify the scene by using a shallow depth of field

Just like his methods of composition, Joshua prefers to keep his camera settings simple. He will always shoot with aperture priority, with typical settings from f/1.4 up to f/2.8 and an ISO of no higher than 640. This shallow depth of field means that each scene places the subject against an out-of-focus background and gives the overall image a more three-dimensional feel. It's also the most important method for ensuring the eyes of the subject are kept pin-sharp. 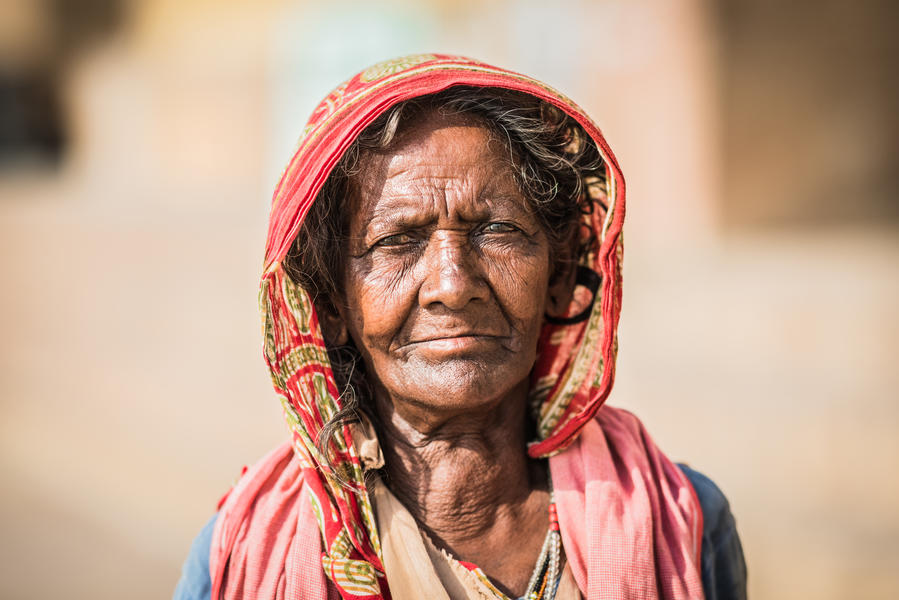 In order to ensure the crucial elements of his subjects are sharp, Joshua uses AFS (autofocus single) mode, a common setting for non-moving subjects such as portraits.

'I always use AFS mode for my posed portraits,' says Joshua. 'I always try to line up the focus points with the key features of my subject's face - the eyes, nose and mouth. As you can understand, it's important to me that I focus correctly in order to gain the most amount of detail from my subject's face otherwise the entire shot is lost.' 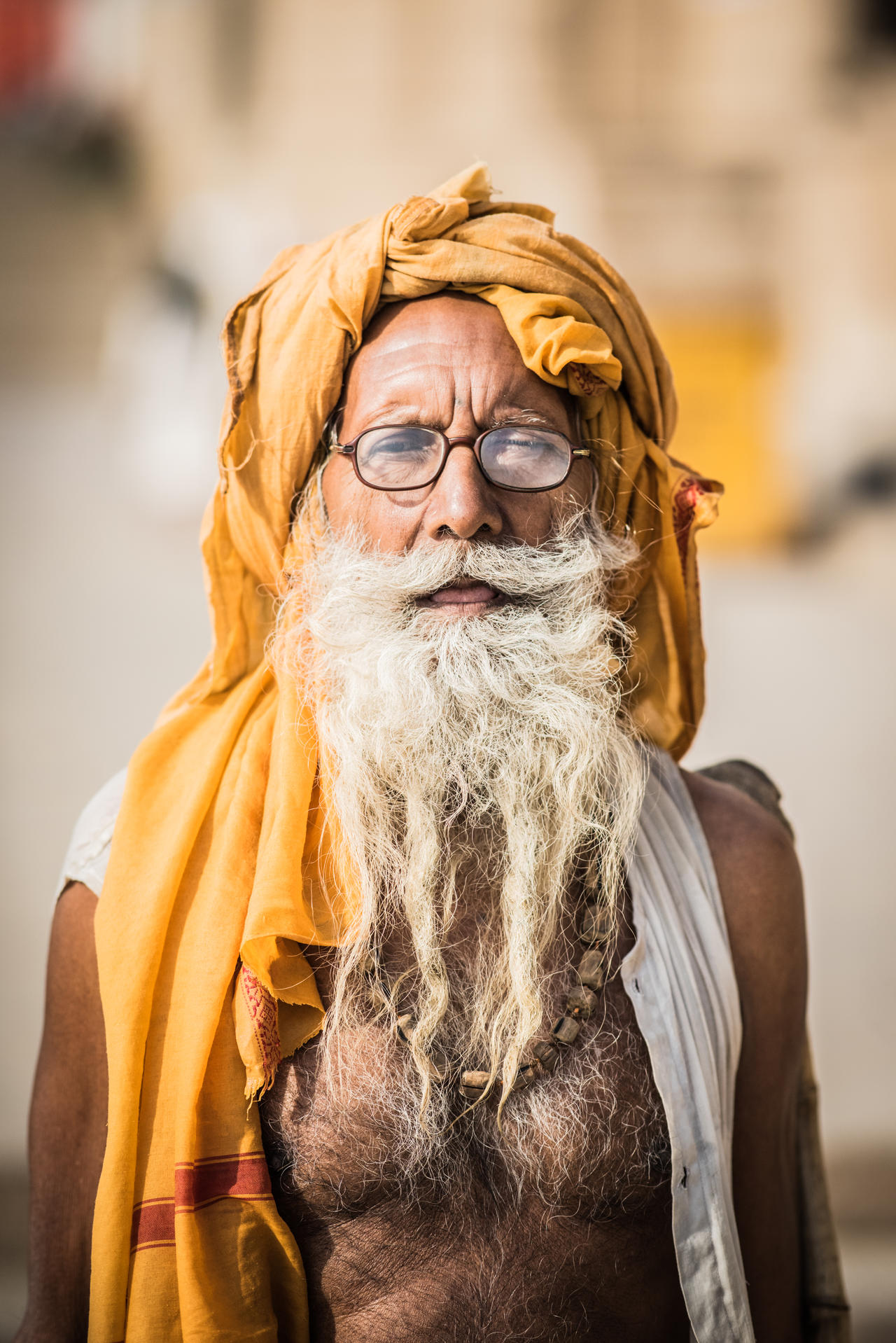 6. Think about whether black & white will emphasise your portrait

While Joshua tends to produce his street portraits in colour, there are occasions when the situation calls for monochrome. A good example is his shot 'Homeless Man Smoking'.

Sometimes, it's a matter of reading how the light is interacting with the scene. A scene that contains strong light and shadow will naturally lend itself to monochrome. But in this image, black & white has been used to emphasise the shapes and forms of the scene, particularly in the subtle ladder of smoke rising from the subject's cigarette.

'There are certainly times where I feel that the colour can distract from the subject matter,' says Joshua. 'On those occasions, the tonal contrasts of black & white illuminate and highlight certain aspects of people's faces and adds a darker mood to the photo.' 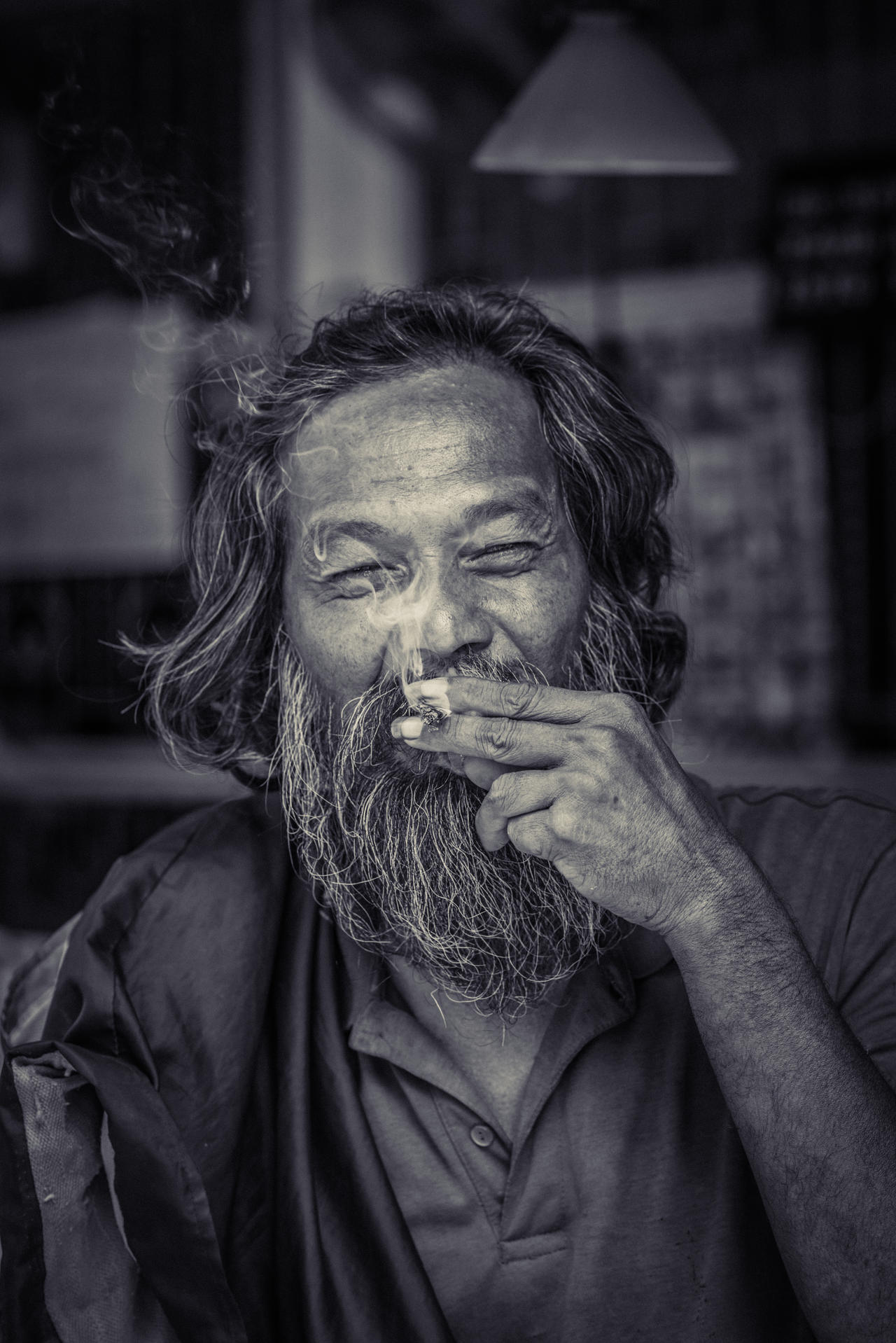 7. Work using natural light to give a more honest reflection of the scene

Talk to any travel photographer and it's likely the first piece of advice they'll give you (asides from wearing a comfortable pair of shoes) is to travel light. It's a rule that Joshua adheres to but this means he is unable to carry around any means of artificial light, such as a flash unit. However, this is in no way detrimental to his work. In fact, it serves as a virtue.

'Natural light is great as it's always complimentary to the subject,' says Joshua. 'Street portraits tend to look better under the light of the sun as that's how we're so used to seeing the world. On top of that, using natural light also produces a more honest example of the subject matter as it allows the viewer to see the scene exactly as I saw it at the time of shooting.' 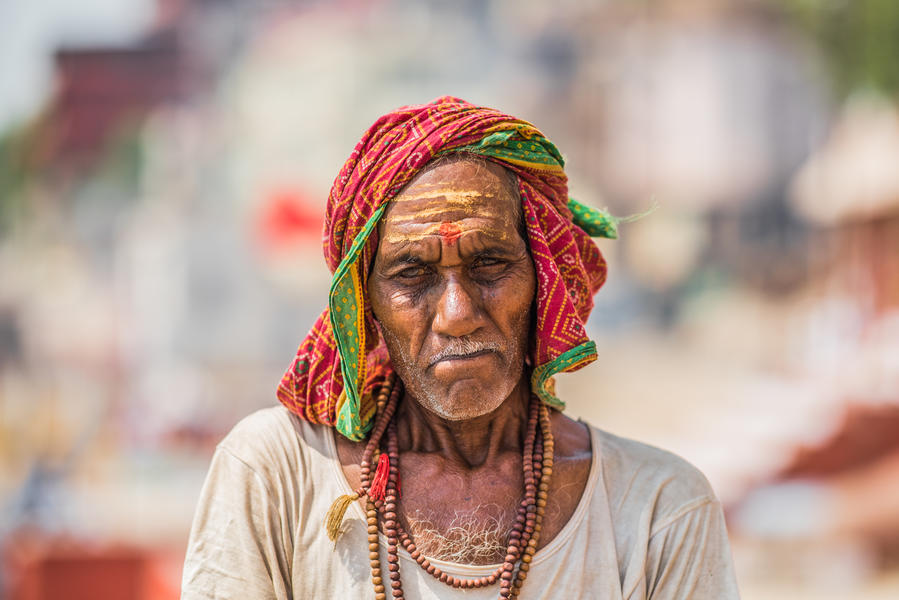 8. Experiment with lenses to see which ones work best for you

One of the biggest things about shooting any genre of photography is deciding which lenses work best for the subject, and work best for you. After some experimentation, Joshua has settled on two lenses that he tends to favour when shooting travel and street portraits:

'The 85mm is a trusty and classic portraiture lens,' says Joshua, 'but the 105mm, which was lent to me by Nikon for a trip to India, is the fastest lens I've ever used. The clarity in people's faces is absolutely incredible.' 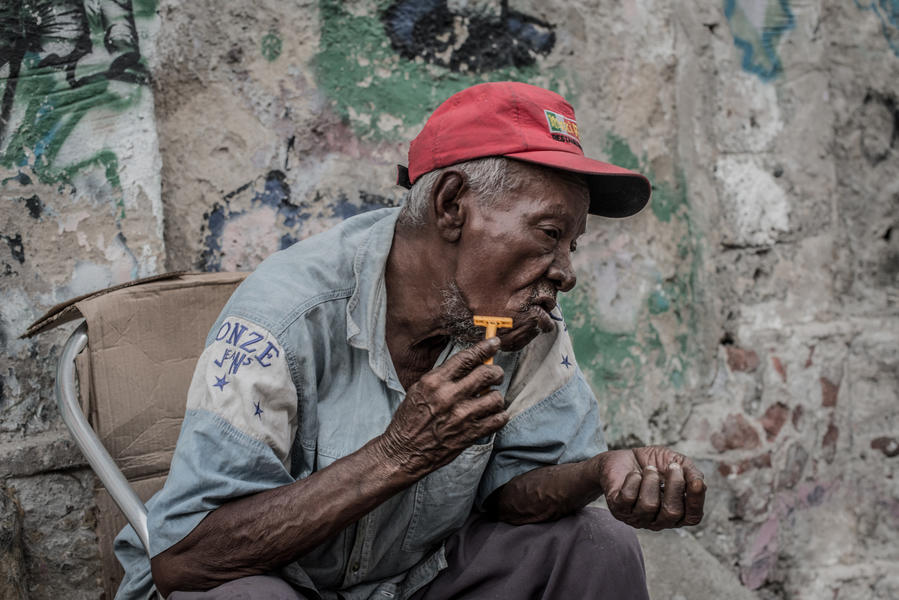 9. Find the right combination of camera and lens

'I use a Nikon D810, as it works perfectly with the 85mm f/1.4 lens in natural light conditions,' says Joshua. 'The 36 megapixels really bring out the details in the faces of my subjects. The way the camera works so well in natural light was a key factor for me. However, I do currently have my eye on the Nikon D850. I can imagine it would be the perfect combination for street portraiture when paired with the Nikon 105mm f/1.4.' 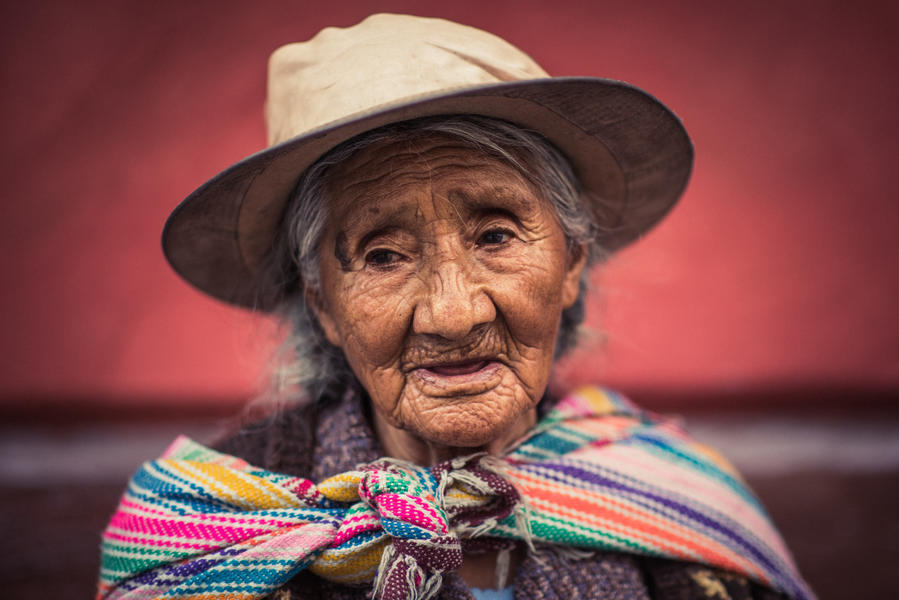 10. Travel with a camera bag that is practical and discreet

It's important to travel light and carry only the bare essentials. Joshua's most important accessory is simple but crucial.

'One thing I always have on me is a camera bag - a National Geographic Africa Backpack in waxy brown,' says Joshua. 'The appeal of it is that it doesn't actually look much like a camera bag. That means I don't draw attention to the fact that I'm carrying around photography gear. It looks rough and ready from the outside but has all the compartments I need for my camera gear.

'That said, while I travel light on my feet, I do keep some things back at my hostel or hotel. These items include my MacBook Pro, which I'll use for editing, as well as three prime lenses, a Mavic Pro drone and a Go Pro Hero 5.' 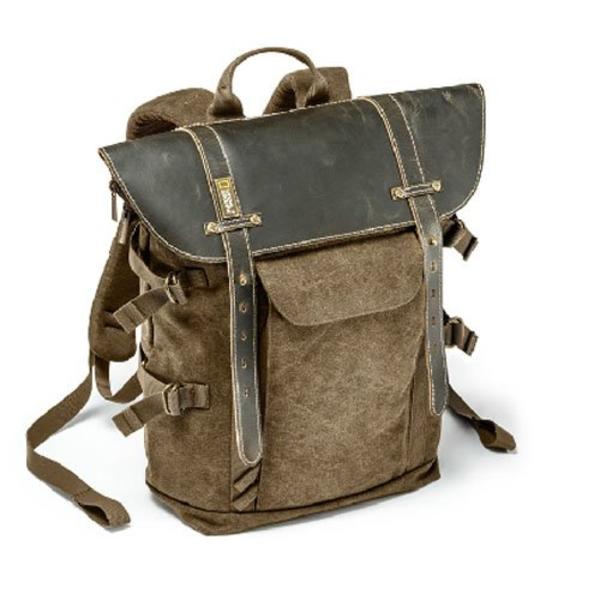 11. Get out into the world to find engaging street portraits

'As everyone living in the UK knows, January is the most miserable month of the year,' says Joshua. 'It's constantly cold and wet. I promised myself around three years ago never to spend New Year's Eve in England again. Since I made my decision, I've travelled to Brazil, Colombia, Vietnam, Thailand, Morocco, Poland, Peru and India. My favourite places to shoot street portraits would have to be Peru and Vietnam. Some of the people I meet in these countries are poor or homeless. In my opinion, these people make for a more intriguing and characterful portrait.' 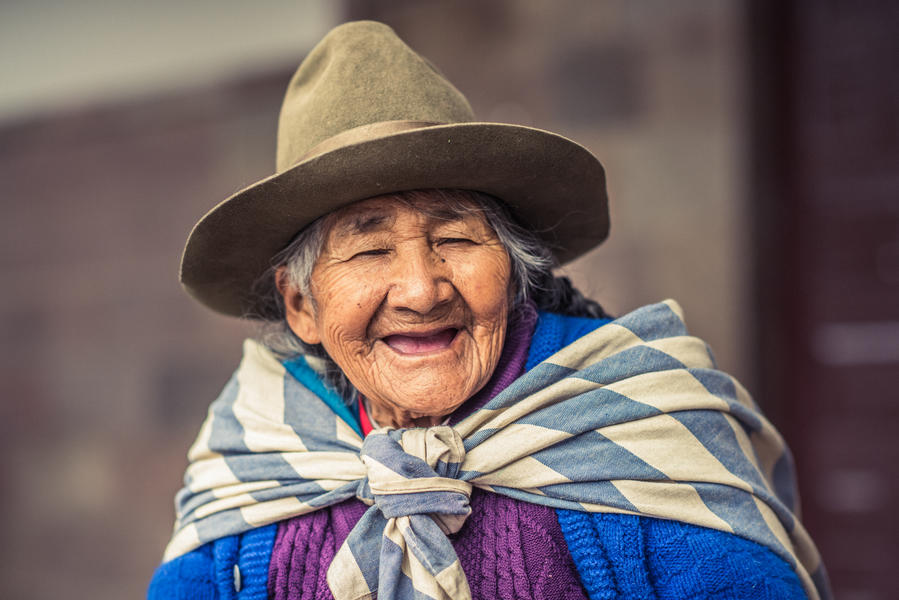 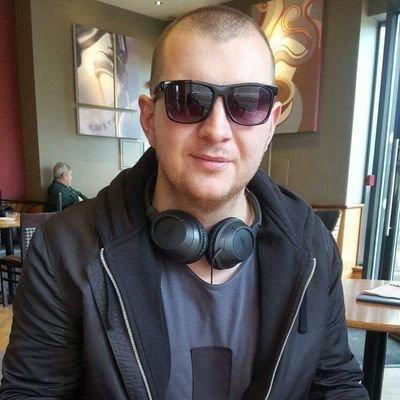 To see more of Joshua's street and travel portraits, visit his Photocrowd page.