To Have and to Hold – 3 Examples of Creative Wedding Photography 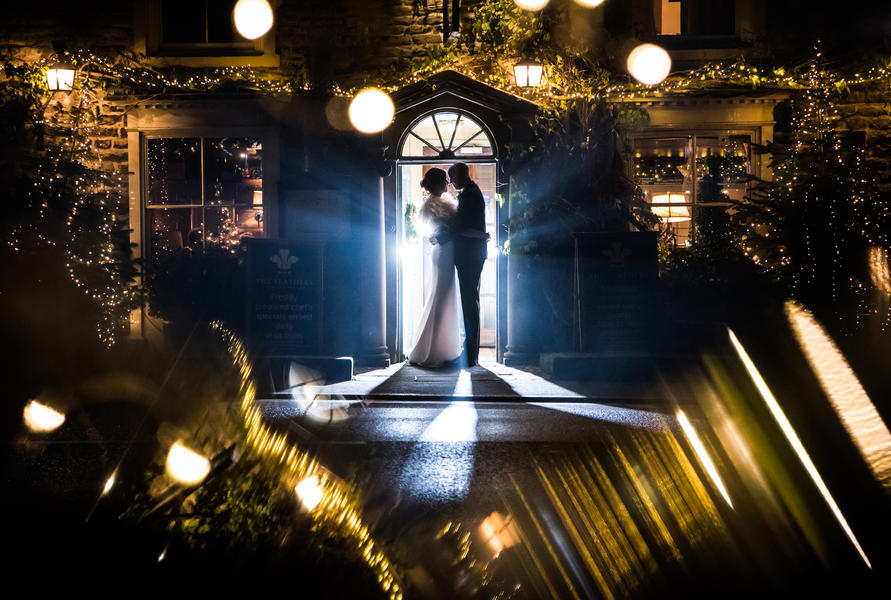 Becca and Scott's wedding was easily one of the most festive weddings I've ever photographed. With that in mind, I wanted to give their photographs an especially festive feel. The shot you see here was all done in camera. I achieved the bokeh effect on the top and bottom by holding fairy lights above the camera and then placing a double-sided makeup mirror just below the camera. This meant I could reflect the light back into the bottom portion of the lens. I also placed a flash in the doorway, which served to backlight the couple within the doorframe. The shafts of light you can see streaming past their silhouette was caused by a mist which had descended on Helmsley as the temperature had dropped during the evening hours.

It was dark and very cold by the time I took this shot, so it was exposed at f/4.5 and 1/160s. I wasn’t using a tripod so I also had to hold the camera with one hand and the mirror with the other. I addition, I had to ask someone to help out and hold the battery powered fairy lights above the camera.

The only retouching was the removal of a smoking bin outside the doorway and a no smoking sign on the door itself.

Our Love is Made in Heaven by Jide Odukoya 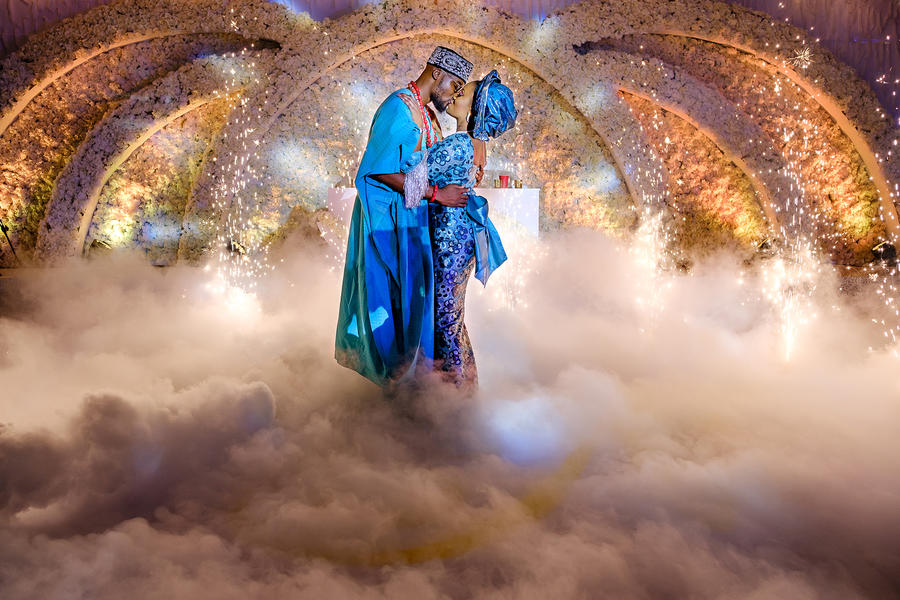 This image was captured during one of my last wedding events just last year in 2017. The wedding took place in the beautiful location of Lagos in Nigeria. The couple you see here are actually taking part in their first dance as a newly married couple following their marital union.

It’s a magical moment emphasised by the stunning background and small indoor fireworks, as well as the banks of smoke that are slowly enveloping the couple.

While the image needed very minimal work or prompting from me, there was one key issue that I had to face – the couple’s face was far too dark. This was made particularly tricky because the background was amply lit and exposed so I didn’t want to introduce anymore light to the overall scene as it could end up overexposing the backdrop. However, with the help of my assistant, I was able to carefully place a small and directional continuous light just in front of them, which worked wonders. I was then able to accentuate this in Photoshop and gently bring up the exposure on their faces and clothing.

To see more of Jide’s work, visit their Photocrowd page

A Moment in the Woods by Gavin Macqueen 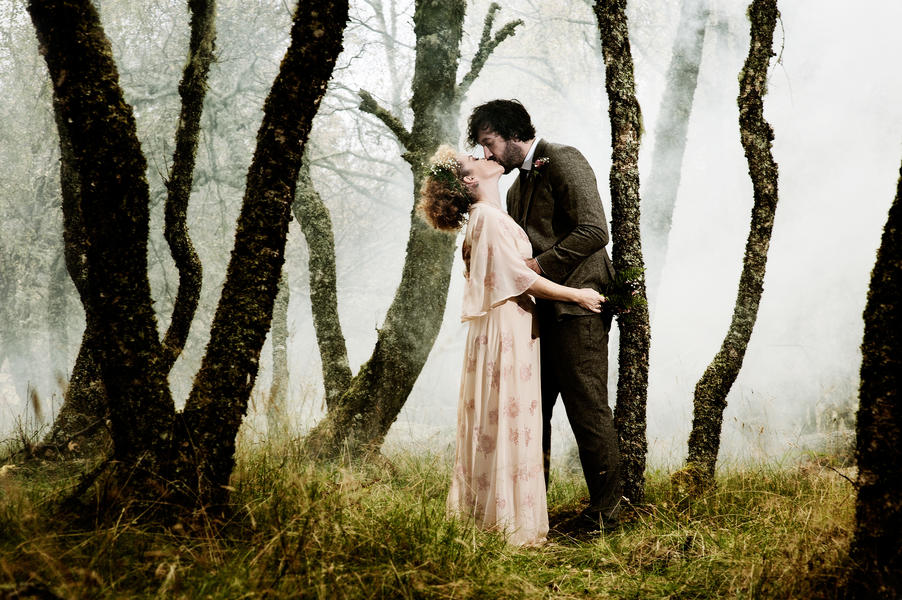 This wedding took place in the Highlands of Scotland, which as any photographer will tell you is a stunning location to visit. The couple is Rhiana and Jared, though they’re not local to the area – in fact, they had eloped from London to get hitched in Loch Knockie in October of 2016. The mist you can see in the image wasn’t actually present naturally; I introduced it by setting off a series of smoke bombs. This gave the image a beautifully diffused background and a strange fairy tale-like quality.

The thing to note is that if you’re shooting an image with mist or smoke, then your backlighting is incredibly important. It doesn’t need to be complicated, though. I was able to emphasise the smoke by adding a Nikon SB-800 flash head several feet behind the couple. Then, I placed an SB-910 flash head with a dome-lighting diffuser at a 45-degree angle, which I ensured was at secured at the head height of the couple so the light would appear more natural.

Once I had the image, I imported it into Photoshop where I did some dodging and burning and desaturated the overall image.