Behind the lens: 'Bridges and crossings', 'Full of sun' & 'Abstract' photo stories

Behind the lens: 'Bridges and crossings', 'Full of sun' & 'Abstract' photo stories by Anna F. Walker 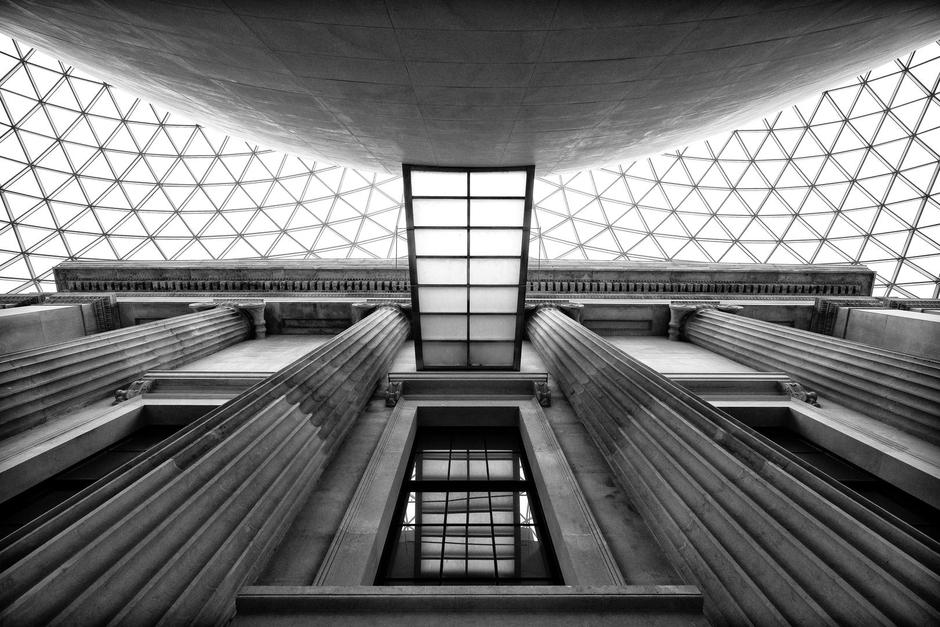 "This image came about when I met up with a friend who wanted a few tips and pointers on how to use his new camera, so I suppose I have my friend Mike to thank for getting this winning image!

We met up in London and the weather wasn't great so we decided to head inside into the British Museum, a place I always find fascinating and relaxing. My friend had a wander around taking his own photos, and I wandered around too.

I always like to look up as you see most of the interesting views and angles when you look up. I came across this great view with the Greek-style pillars meeting the modern architecture via a crossing bridge - it was really like the meeting of the old and new architectures. The clean lines that are all around at the British Museum also compelled me to take this image as often some architecture scenes can look cluttered and messy.

Taking this image was a little difficult because I was looking straight up while standing with nothing to stabilise myself, so it took me a few attempts to get all the lines lined-up. But eventually I got there and this image was the result. I am a big fan of symmetrical images and this is no exception. I looked for the midpoint and then shot the image, which is not always easy as some buildings and structures are not made perfectly and are not quite lined up as much as you'd think.

I wanted to capture as much of the scene as possible and my Samyang 14mm Lens was perfect for this job as it’s such a wide-angle lens, one of the widest out there without being classed as a fisheye lens. It is a manual focus lens so I made sure I was in focus before taking the image, and also tried a few test shots too.

Once home, I was straight on the computer to process the image. First thing that needed correcting was lens distortion - sadly the Samyang does have a slight bit of barrel distortion, so I fixed that using a program called PTLens and this fixed all the straight lines.

I knew I wanted to do this in black and white so the next program to use was Silver Efex Pro 2. I wanted to keep the scene quite tidy, but bring out all the textures of the stone, and to focus on the main part of the image - the bridge itself. I did a little bit of balancing of the shadows, then a bit of sharpening and straightening to get it just right, and this was the final result."

"I have always loved how abstract photography can hold a person's attention until the identity of the subject is realised. It is something I am always looking for in a scene.

When returning a bike to a hire centre I saw this sea of bicycles in the storage compound. I immediately recognised the potential in the scene to create an abstract image. When viewed at a low angle the pathways disappeared creating an unbroken view of bicycles. I didn't have my tripod at hand and felt rushed to take the photograph. There were people milling around on the pathways between the bikes so I had to quickly take the shot otherwise the unbroken view I wanted would have been ruined.

Apart from a small crop there was very little post-processing required: the image didn’t have much colour and I only increased the saturation of the red reflectors." 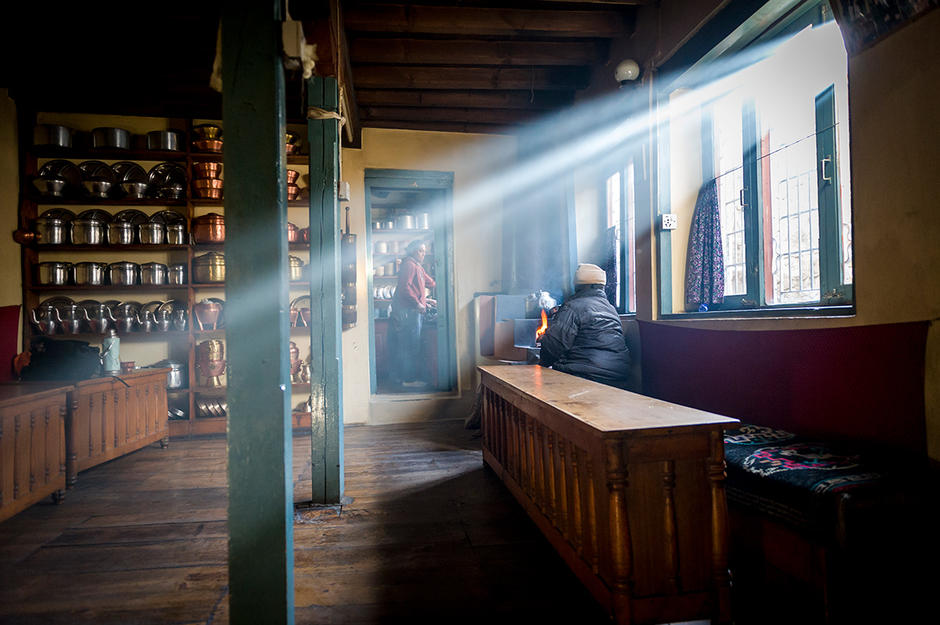 © by Jacek Kadaj - All rights reserved

"In the late spring of 2012, while trekking through the high Himalaya Mountains of Nepal, I stayed for one night at a rather small and quaint hostel, resting after a long and exhausting day of uphill climbing.

Next morning was very crisp and sunny. As I waited for the rest of our group that was slowly gathering for breakfast, I decided to take a few photographs of this sleepy hostel, which had only several bedrooms and a common room that also served as a dinning room. It was beautiful and rustic, full of exotic details.

Upon entering the dinning room I felt as if I had been transported straight into a scene from one of Vermeer’s paintings. As in his paintings it was a scene from a daily life: people going about their business; rich browns and earthy greens, golden yellows and ultramarine - all set off against a red ocher tone of Indian red.

A strong sunlight coming through the side window brought life to this seemingly simple room, accentuating the plain and substantial yet subtly ornamented wood furniture. That was really quite a magnificent and ephemeral scene, and an unforgettable breakfast for my eyes indeed."