Behind the lens: Meet our ‘Youth’, ‘Crowds’ and ‘Make your own luck’ winners

Behind the lens: Meet our ‘Youth’, ‘Crowds’ and ‘Make your own luck’ winners by Anna F. Walker 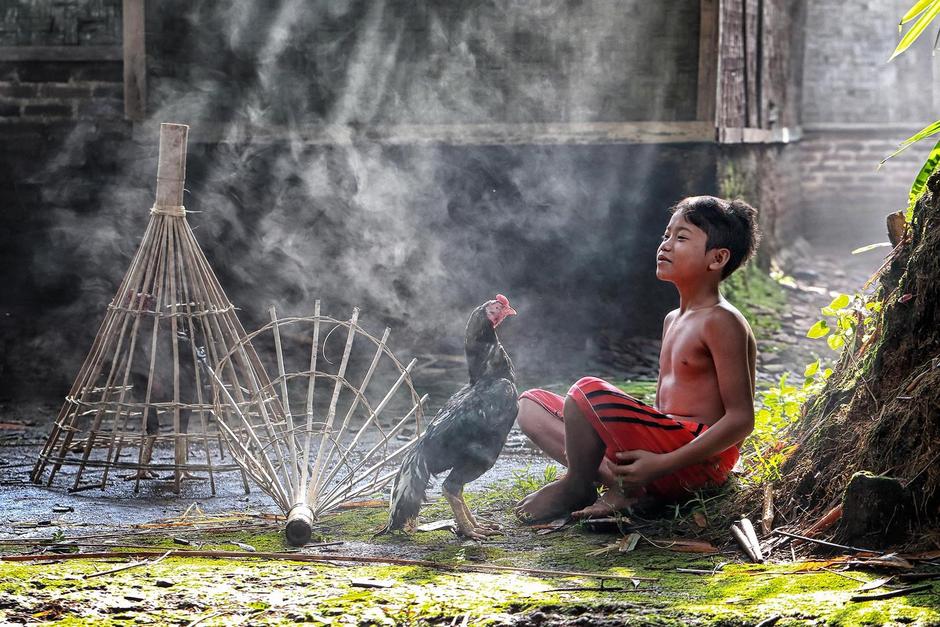 Winners of Youth, Crowds and Make your own luck contests share stories behind their winning images.

First of all, I would like to thank everybody who ‘Liked’ and ‘Loved’ this photo. I’m very honoured.

I really like taking photos of human life, and also the life of children. So when some of my photography friends invited me to join them in photographing children's activities in a village, I immediately accepted their invitation.

The village where the photo was taken is called Rumpin and is near my hometown Bogor City, West Java in Indonesia. We were capturing the activities of children who were making the hencoop from bamboo. On the sidelines of the event there was a kid playing around with his cockerel, as if he was communicating with him, and that’s when I took the photo.

The village has many shady trees, so that at a certain time and from a certain angle the morning sunlight forms rays of light. To reinforce it, we made the smoke in the background, so that the rays are obviously captured by the camera.

The equipment and settings I used were:

For post-processing I used Photoshop, and I made adjustments in contrast, sharpness and saturation. 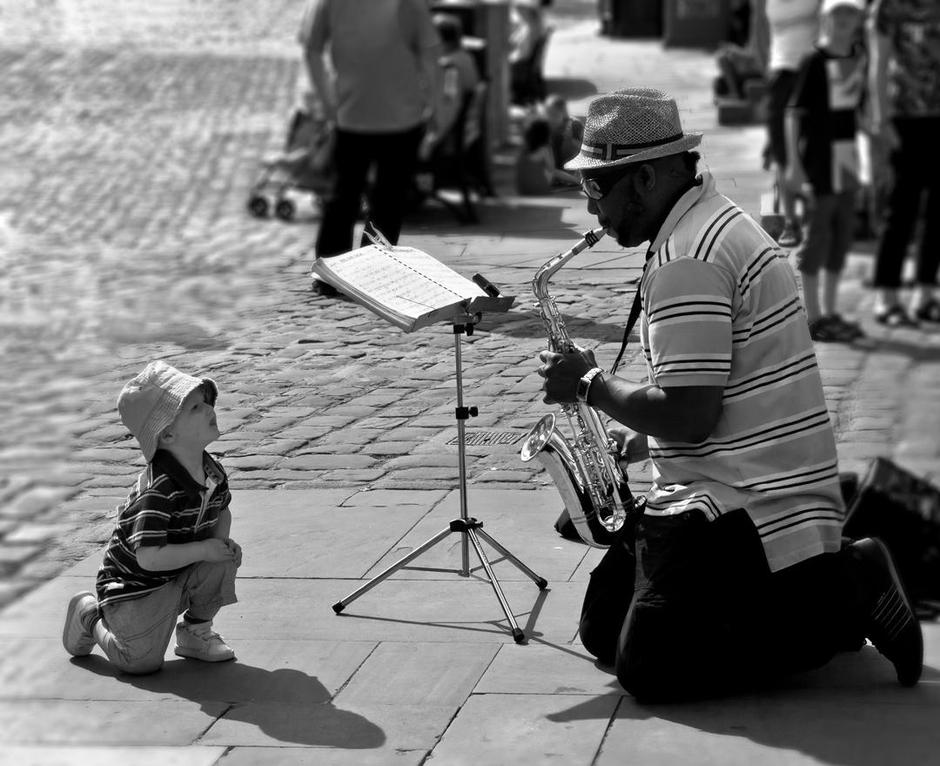 This was a truly unique moment. The boy became part of the show - he listened attentively, and when the music stopped, he demanded with his limited vocabulary: "More, more...” The musician knelt down to play for him. It formed a beautiful conversation. Who wouldn't press the shutter button if one had a camera at hand? It was pure luck and I was lucky enough to be in the right place at the right time... The difficult parts of post-processing were dealing with the strong light contrast and isolating the main subjects. Some dodge and burn was applied. And I blurred the background to isolate the main subjects. 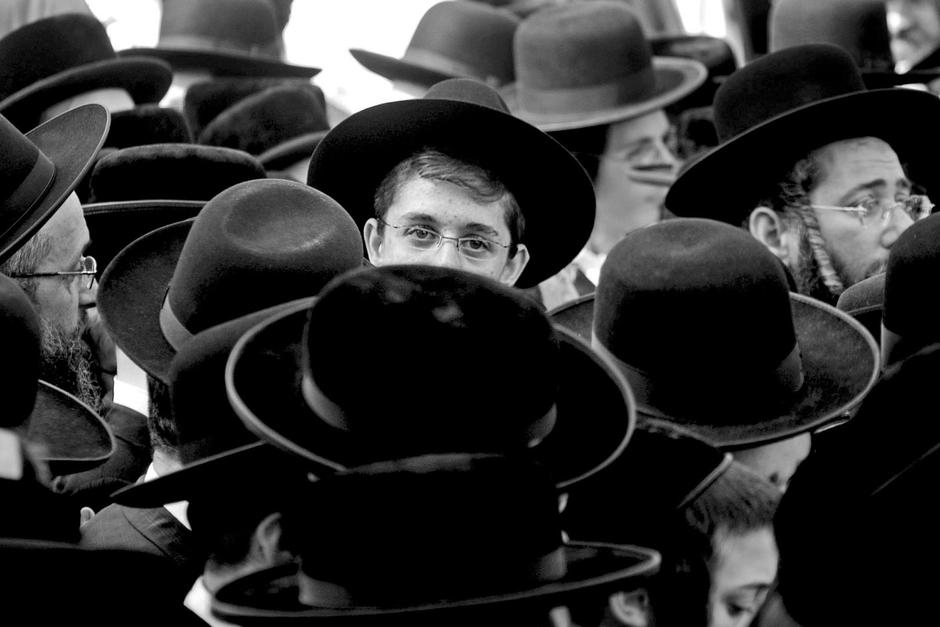 At the time of the shot, I was documenting the daily life of the people who lived in Mea Shearim in Jerusalem, Israel (an Ultra-Orthodox Jewish neighborhood). On this day I photographed hundreds of Jewish Orthodox men gathering on a small side-street to receive donated food supplies for the Jewish holiday of Passover.

At this particular moment there was a mad rush around me as everyone was pushing to make sure they received supplies for their families. All I could see was the "sea" of men wearing black hats and black suits that looked identical, so I decided to try take a shot that would represent an individual standing out from the crowd to describe the crowd itself. I waited, and, when one of the men in the centre of the frame turned around and looked at me, his face was framed against the multiple black hats. I squeezed the shutter release and took the photo to capture this decisive moment.

I shot the photo in a wide shallow aperture (f/4) so that the focus would be on the person at the center of the image, who would stand out in the blurry crowd and lead the attention of the viewer to him. I shot it on a NIKON D100 with Nikon 70-210mm f/4 lens and ISO 400.

The photo was originally shot in colour, but I decided to convert it to black and white. I felt that the black and white version simplified the scene, adding more power to the juxtaposition of the young Jewish Orthodox man's face with the crowd and helping him to stand out.