Behind the lens: Tales of Bosnia, London and Glastonbury

Behind the lens: Tales of Bosnia, London and Glastonbury by Rich Woodruff 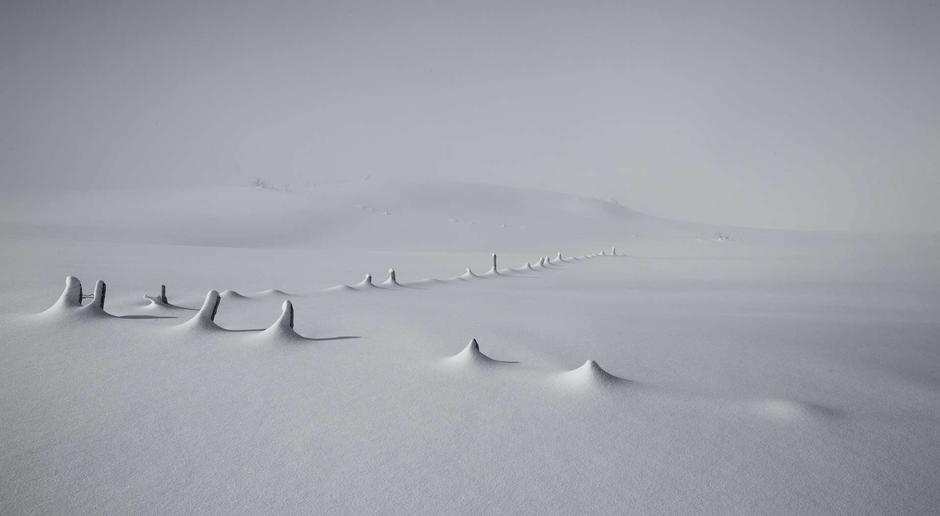 It was great to catch up with Steve, James and Mark - winners of three recent Photocrowd contests - so that they could tell us the unique stories behind their excellent photographs. This week's blog post takes us on a diverse trip through the snowy mountains near Sarajevo, the hustle and bustle of London, and the multi-coloured delights of the Glastonbury festival.

I took the photo in the mountains near Sarajevo during February. We were snowshoeing with guides and had seen some stunning scenery, but on the morning that I took this we'd been walking in fog.

I had taken a few images of our group in the fog and deep snow which I was happy with, but little scenery was visible in these. We stopped for a rest and the fog started to clear, and the buried fence started to appear out of the gloom. I loved the shapes that the posts made and also the overall shape of the fence. Unusually for me, I only took one shot (with my 5D mkIII/ 24-105) focussing on the nearer posts and using a small aperture so that everything would be in focus.

We moved on and had a splendid day in the snow and I took many more photos. This one is my favourite from the trip for its simplicity and ethereal feel. I tried to enhance this in Photoshop using the Silver Effex Pro plugin to convert to mono. Apart from that, all I've done is crop some of the sky off. 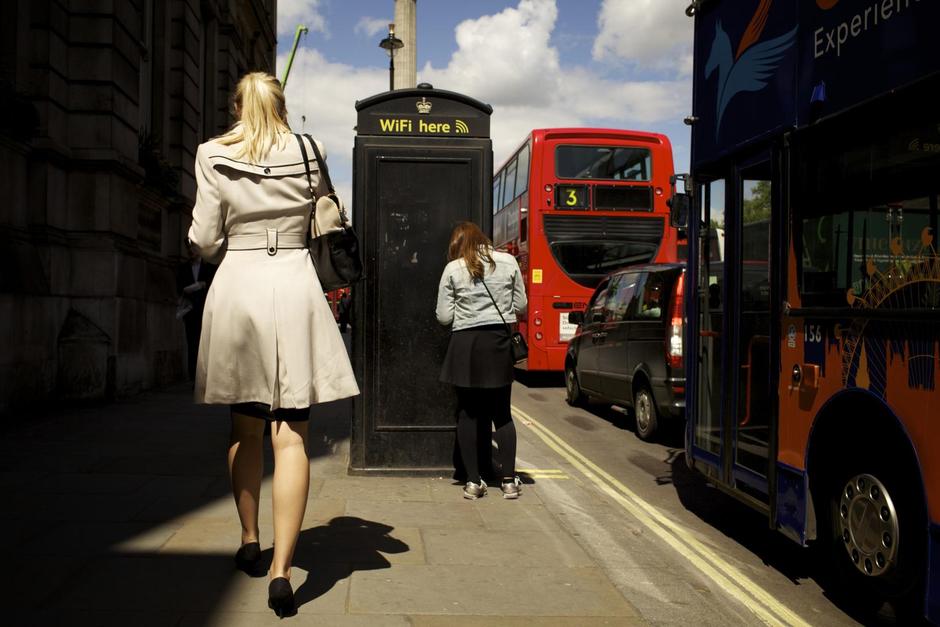 There are various places around central London where, depending on the time of year and day, the light enters and really opens up this old and beautiful city. I'm more than a little obsessed with these points and intersections as good photo locations, but also in their relationship to the past - my current project is a sort of 'deep cartography' of London.

I spend many hours walking between these places and hanging around underground station entrances, theatre fronts, alleyways, the circuses and road crossings. It's at these places, where people enter and exit, that you will see the diversity in London's characters, and you have the back-drop and interesting contrasts to play with. Personally, I like character and style in people, and grime in the walls. I don't like plastic, grey days and tourism.

In this particular instance I waited in the area toward the top of Whitehall, outside what is now Trafalgar Studios, as the light was strong there. I watched the woman to the right using her phone by the telephone box, perhaps trying to use the WiFi signal. As the bus waited at the lights I started to see a composition coming together. What was missing for me was that central 'character' that I try and include in most of my shots, and that came in the shape of a well-dressed woman, in a beautiful coat. I took about 5 or 6 rapid shots to get the right moment and moved on.

In terms of post-processing I have no qualms about editing my images in the way that some street photographers do. I'm not a purist. The result is what counts. However, my limited skill set means I stay clear of Photoshop anyway, and stick with tools like Aperture. There are five things I do in general, if required: straighten, crop, adjust exposure and maybe the saturation levels. That's a couple of minutes per image, any more time than that and I'd screw it up. 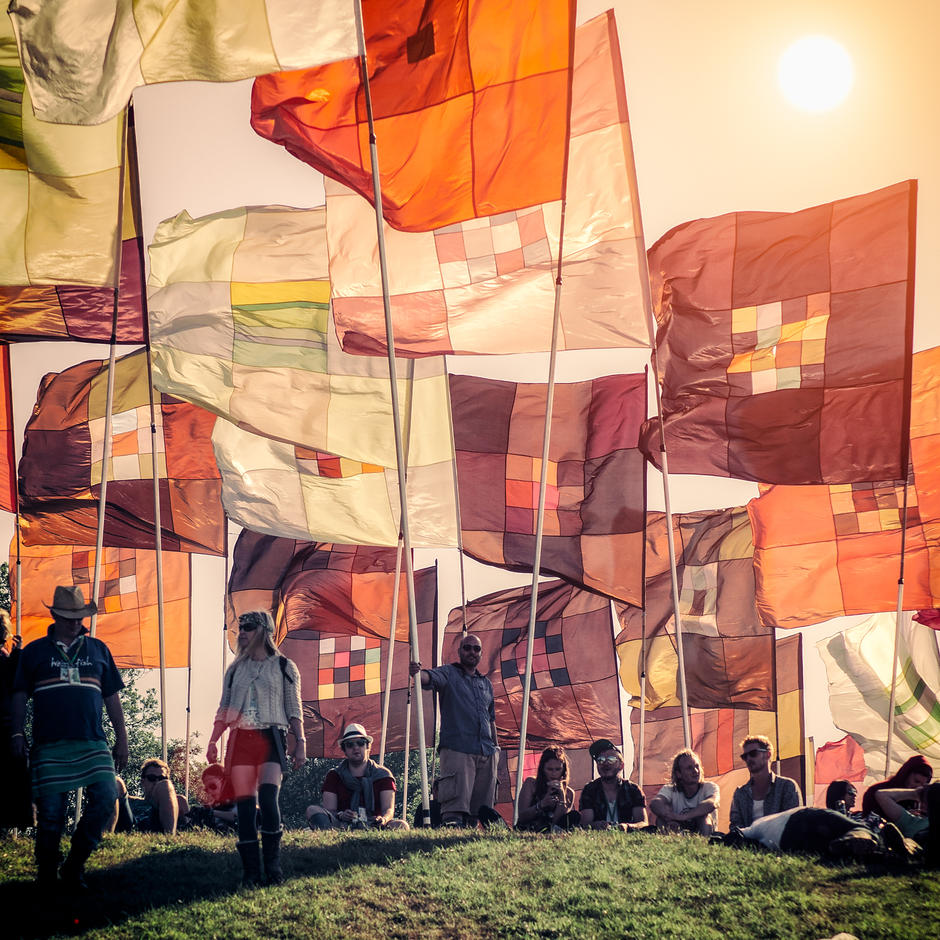 This photograph was taken at Glastonbury Festival, summer 2011, and at that time I was only about three months into being remotely interested in photography and had literally purchased my first DSLR the week before attending.

I’d love to say I planned this shot, but in truth it was one from several hundred that I had taken over the festival weekend and it was just something that caught my eye as we walked about, and I was well on my way to being quite drunk at the time of taking this! The man in the centre of the frame holding a flag pole was a friend of ours, so it was meant initially to be just as a quick snap of him.

The photograph had actually been sat unedited on my computer for years until I saw the competition on Photocrowd and I remembered the flags, so I tracked down the RAW file and went about editing it. Thankfully my editing skills have come on somewhat since 2011! 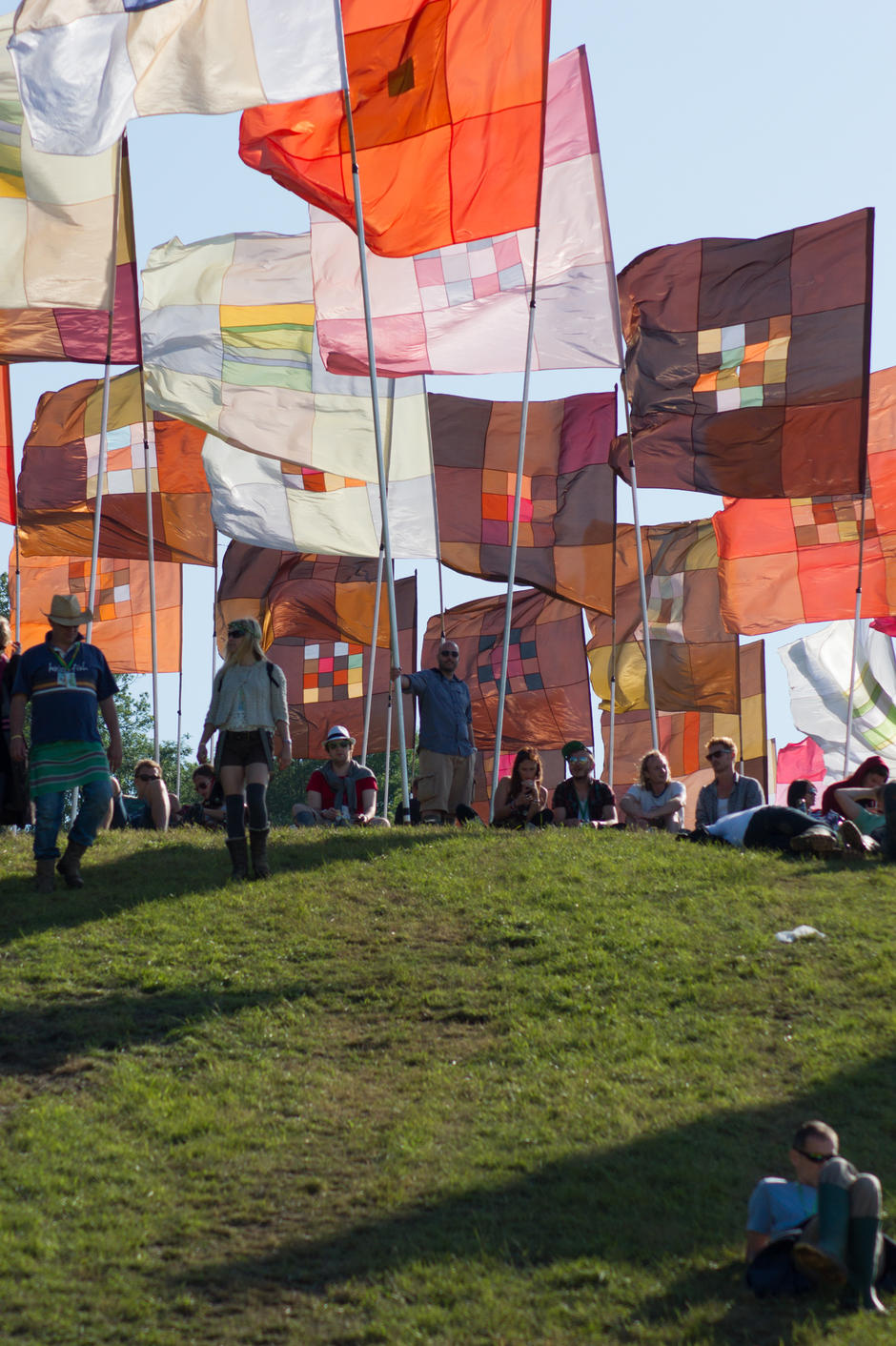 The straight out of camera shot (above), is rather bland and uninteresting so I applied a square crop to it in order to remove some of the dull foreground and the guy on the ground in the bottom right corner, which would be distracting. I then went through a number of presets I have in Lightroom to brighten up the image and give a kind of washed-out vintage look. I did toy with the idea of doing something to make the people stand out more, but as the competition was about flags I decided to leave them be and let the interest remain with the flags.

The final touch is also confession time: the sun you can see in the final image is completely fake. It was added in Photoshop CC using the excellent Knoll Light Factory plugin.

A number of other images from the 2011 festival can be seen on my website, and by the time this goes on the Photocrowd blog I will know if I have been able to buy tickets for the 2015 festival, where I hope to attend armed with my camera and a little more skill (and equal amounts of scrumpy cider!)