Behind the lens: Silhouettes, soot and silk!

Behind the lens: Silhouettes, soot and silk! by Rich Woodruff 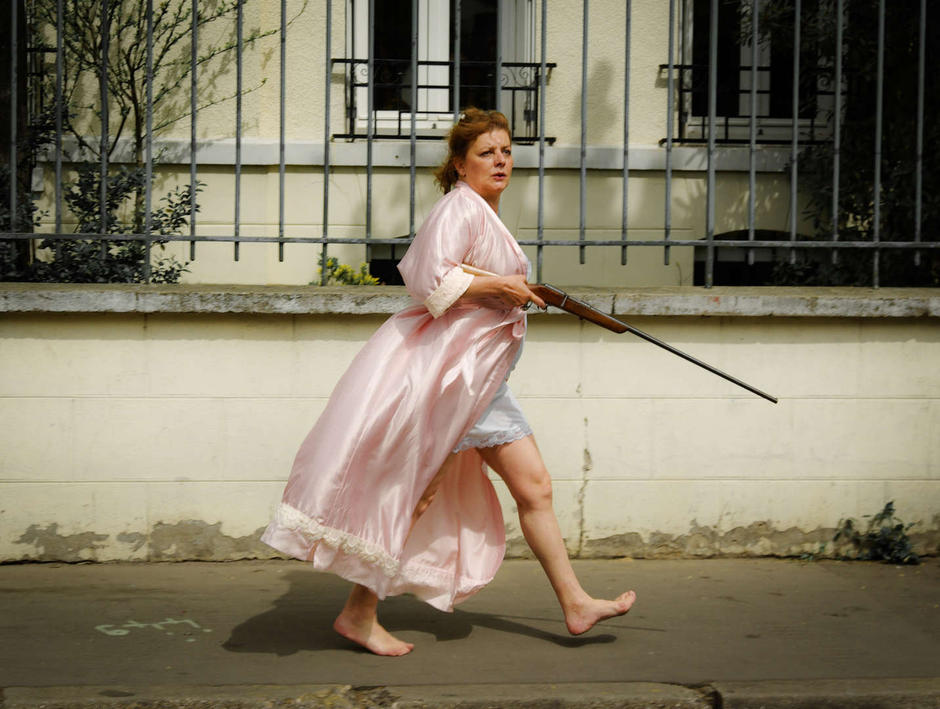 The latest in our '3 winners' series revisits the triumphant works of Eric Mariette, Tilly Meijer and Paul Makin, prizewinners in the Weirdness, Dark matters and Documentary contests respectively. From a rampaging woman-in-silky-robe, to a majestically silhouetted horse, to a perfectly captured falling chimney stack, here's how our 3 recent winners went about taking their exceptional shots.

I hope you won’t be too disappointed to know that this photo is not as real as it seems. As (Weirdness judge) Maak had guessed, it has been staged. And so I apologise to those who prefer that kind of 'total authenticitiy' in a photograph.

Nevertheless, I find that when when I try to influence the situation, I often allow the comedians (not models) who I'm lucky to work with to improvise large parts of the action I capture. That way, you can feel as though it's real, and as we often say in theatre, what happens on stage is often more real than real life itself, depending on your level of interpretation.

In this case, the angry woman (who knows me well enough to know that I'd try such a crazy thing in the street) is the famous actress Ioana Crăciunescu, a star in her native country of Romania. She is also an inspiring poetess who has been awarded many times for her writings.

Street staging, to me, is not like painting where you choose each element precisely. It’s more like an experience in which I won't know what the result will be in advance of the shoot. Sometimes it works, sometimes not, but it’s always refreshing, even funny, to stimulate unwaited or paradoxal events in ordinary life. That’s not real, that’s not fiction, it could be both… like in a quantic world. 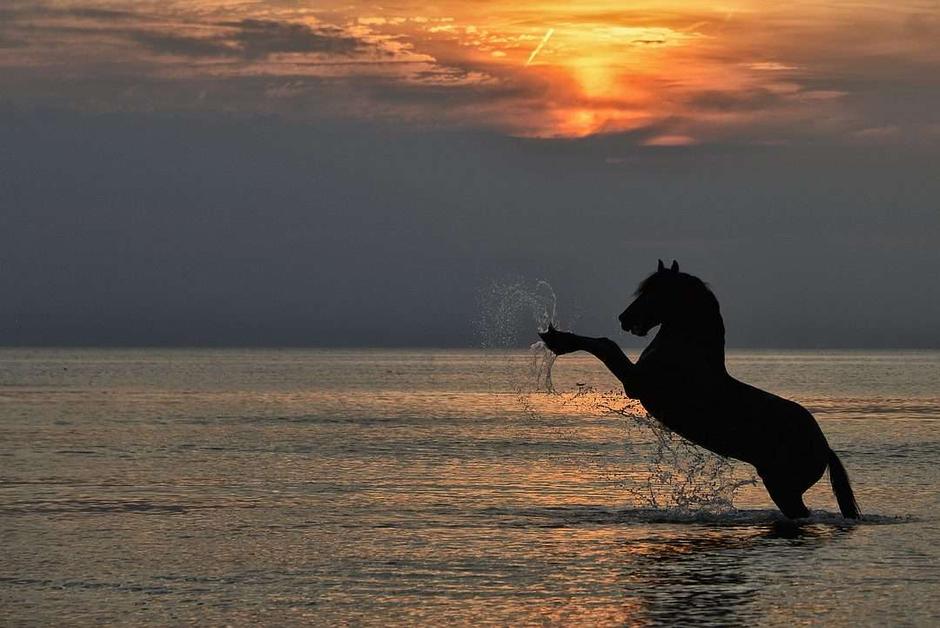 The photograph was taken at the Oostvoornse Meer, a lake in the Netherlands near Rotterdam. It was towards the end of what was a spell of decent weather and my photography club decided to make use of one of the final pleasant evenings to go out and photograph.

The daughter of one of the club members owns the horse in the picture. She rode it into the shallows and had it rear up. After taking dozens of shots this one eventually emerged.

The picture was taken using a Nikon 800E which I have been using since it was released. It’s an excellent piece of equipment! Adobe Photoshop CS6 was used in post-processing, mainly changing hues and a tad of cropping. 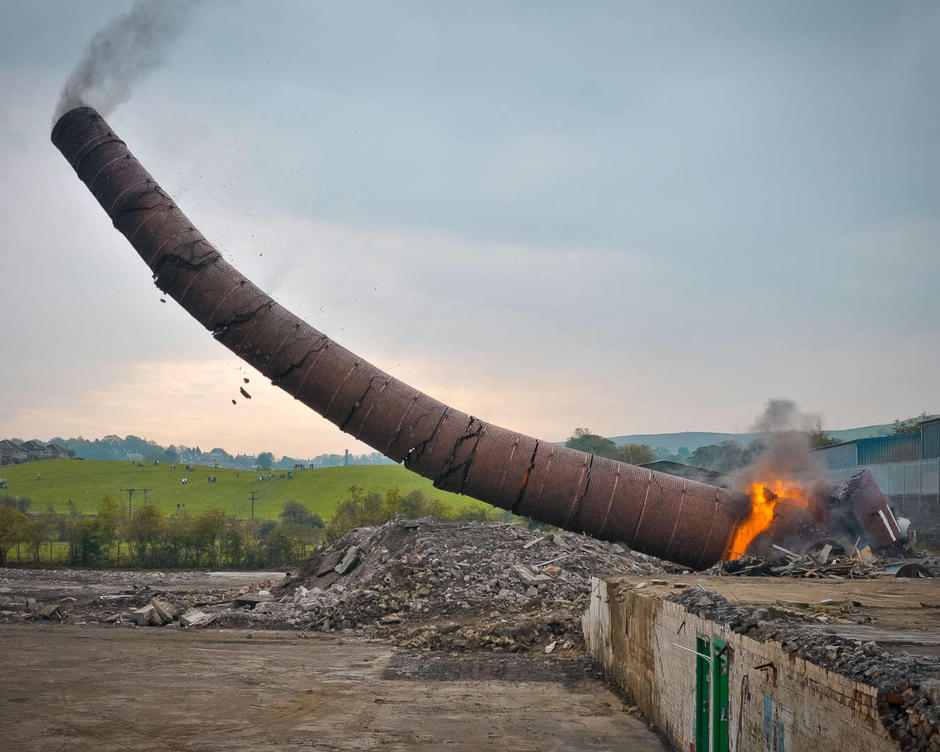 I was invited by my Father-in-law to witness the destruction of the last remaining chimney in Barnoldswick, Lancashire - a typical northern textile town in the past. He had known the owner of the mill which had ceased trading but remained unoccupied for several years. Despite his efforts to let out the building, nothing materialised, but the council still wanted business rates off him so he had no alternative but to demolish the building and finally the last standing structure which was the chimney. This all happened on 02/10/2011.

On the day the chimney was brought down via the “Old School” / “Fred Dibnah” method, which involves removing a section of the structure at the base and propping it up with wooden struts, then building a fire around the struts which then collapse resulting in the chimney also collapsing.

When I took the photo I set my camera to .66 under exposure and 500iso to give me an exposure of 1/800th of a sec to capture the detail on such a miserable day, and I shot it in burst mode so ended up with about 16 shots of the fall which I had to take in portrait mode, which as you can imagine becomes awkward when the subject goes from vertical to horizontal in about 5 seconds. So I'm very pleased to be a winner!