Shooting billionaires – the life of a Silicon Valley photojournalist 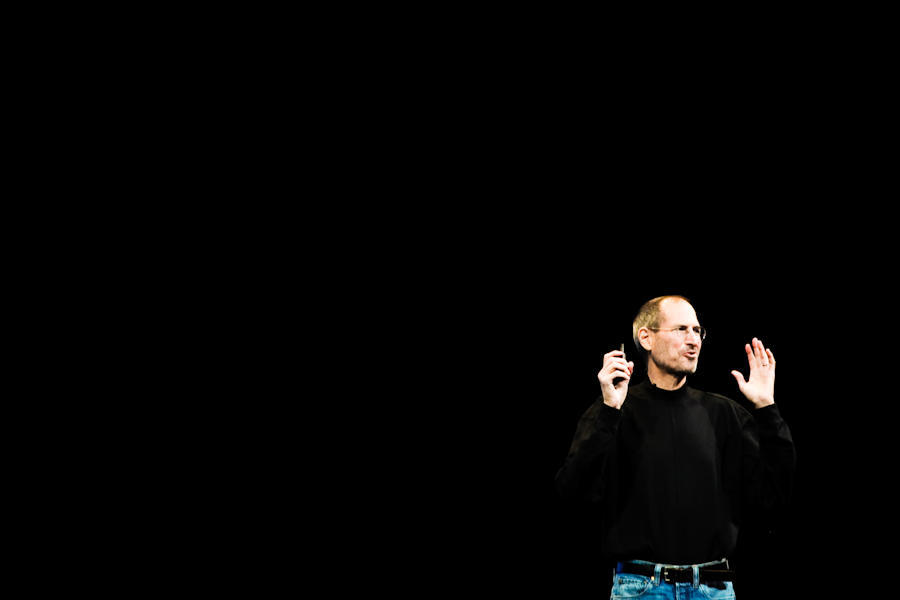 James Martin is one of Silicon Valley's most prominent photojournalists. Shooting everyone and everything from the tech pioneers of Google and Facebook, to the most groundbreaking launches at Apple and NASA, his is a dream job for any documentary and reportage photographer with a love for technology. James judged our Documentary photography contest in October 2014 - meet the man from San Fran...

1. Hi James, hope you are well! Our first question cuts straight to the chase… which San Francisco tech superstars have you had the chance to meet and work with, and who are your favourites?

Thanks for having me here today!

That’s a difficult question. I’ve crossed paths with so many of them over the years - Yahoo’s Marissa Mayer, Google’s Sergey Brin, Amazon’s Jeff Bezos, Apple’s Steve Wozniak, Facebook’s Mark Zuckerberg, Oracle’s Larry Ellison, Intel’s Paul Otellini. The ones that stand out to me were the Head of Google X, Astro Teller, who thinks on such a grand scale, and Google’s Larry Page, who is earnest and incredibly forward-thinking. Elon Musk is another – he’s one of those incredible people. When he speaks you really listen, you completely believe his passion and you know he has big, big goals. 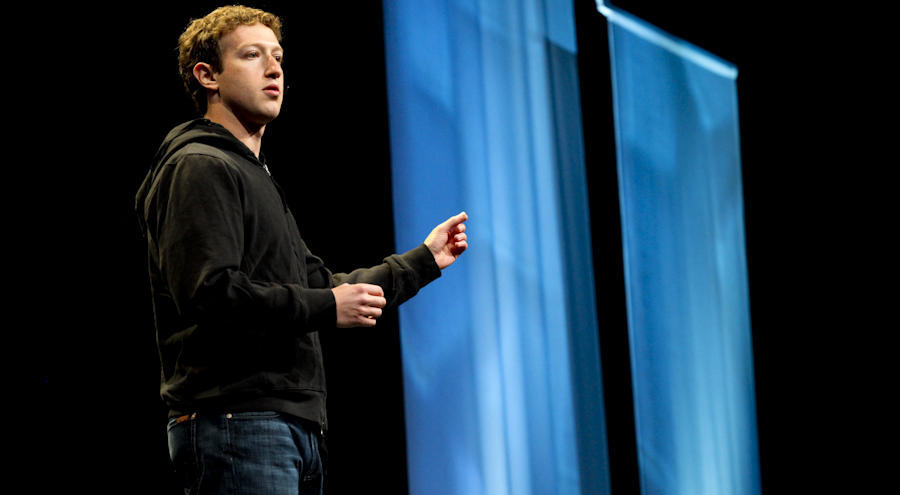 2. What have you been working on recently?

Recently I was on the set of a new Steve Jobs movie shooting in Los Altos. I took a trip up to Microsoft in Redmond, Washington, photographed self-driving cars in Mountain View, and spent the day following a fleet of autonomous robots through a hospital in San Francisco.

Otherwise, CNET and CBS Interactive always keep me busy and happy. There’s always something interesting going on in our world. One of our largest projects at CNET currently is producing a magazine — that’s right, a version of CNET in print and on newsstands.

There’s something new just about every day.

3. You are the Senior Photographer at both CNET and CBS Interactive. Describe in a nutshell your day-to-day role?

My primary role here at CNET News is a visual storyteller. I collaborate with our reporters and editors to tell stories, and my day-to-day can vary widely. From shooting executive head shots to hanging out with robots to spending the day at NASA Ames Research Center, there’s a lot of cool stuff happening in the Bay Area! 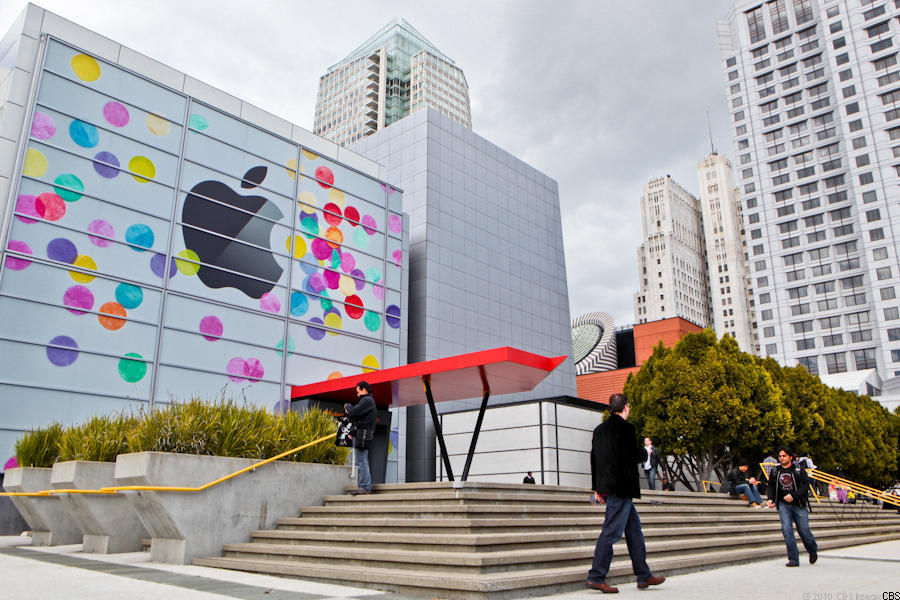 4. You’re well placed to give an insider’s view on Silicon Valley to those who have never experienced it...

The Bay Area is an incredible place. I’m so fortunate to be here in San Francisco surrounded by so much inspiration. It’s what makes the place thrive. There’s incredible natural beauty, artists, innovative people, and big ideas.

I’ve been in San Francisco for 15 years, and it still amazes me. 7 years of those have been at CNET, and you might think I would be a bit jaded by now but to be constantly surrounded by these big thinkers is still fascinating. Every day I learn something new, I see someone work an idea that seems impossible but they make it happen.

People are simply allowed to be creative here. It is the fabric of Silicon Valley, a culture of ideas and innovation, and there is an immense amount of talent around. Sure, there’s cushy perks like pool tables, lavish cafeterias, and massages (some of the corporate campuses are astonishing) but it’s all about attracting the talent, reinforcing creativity, and making business as usual, unusual. 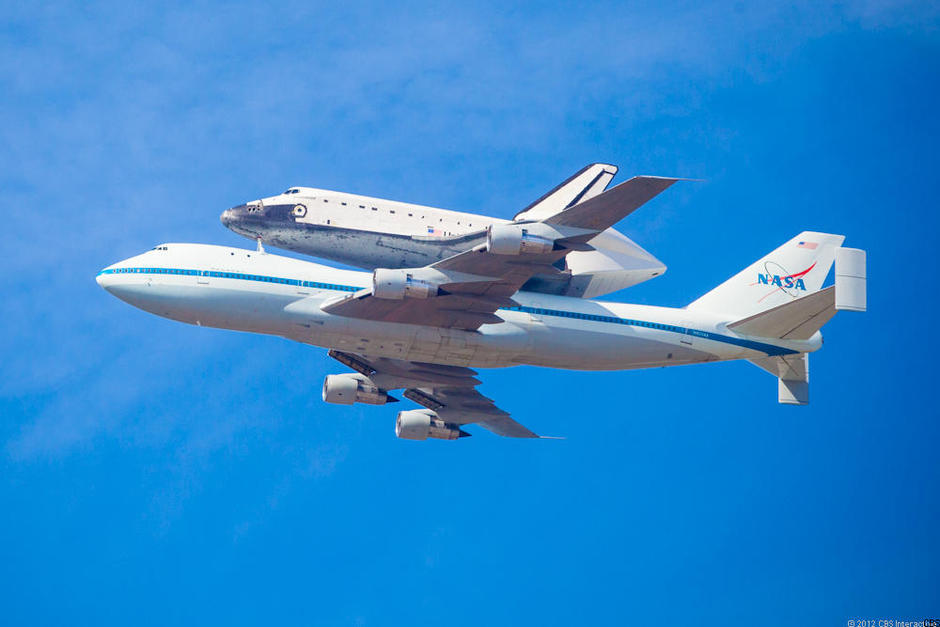 5. Over the past 15 years of your career, what has been the most enjoyable story you’ve documented and why?

I don’t know if I can name just one! Covering Google, Apple, and Facebook over the years has certainly been amazing. Not only do they have charismatic leaders who are fun to photograph, but they have the most forward thinking goals. I’m always interested in chasing cutting edge stuff.

Last year I flew on the Blue Angels’ C-130 support plane during Fleet Week, and that was an amazing experience. But I’d have to say that NASA is probably the number one project that continually amazes me. I visit the NASA Ames Research Center at Moffett Field frequently and every time I'm there I discover more and more. Some memorable stories include the Lunar Orbiter Image Recovery Project, which is giving decades-old data storage a digital makeover; a visit to the world’s largest wind tunnel; and the time I flew one of NASA's next-generation lunar landers in the Vertical Motion Simulator - the largest-such simulator in the world. 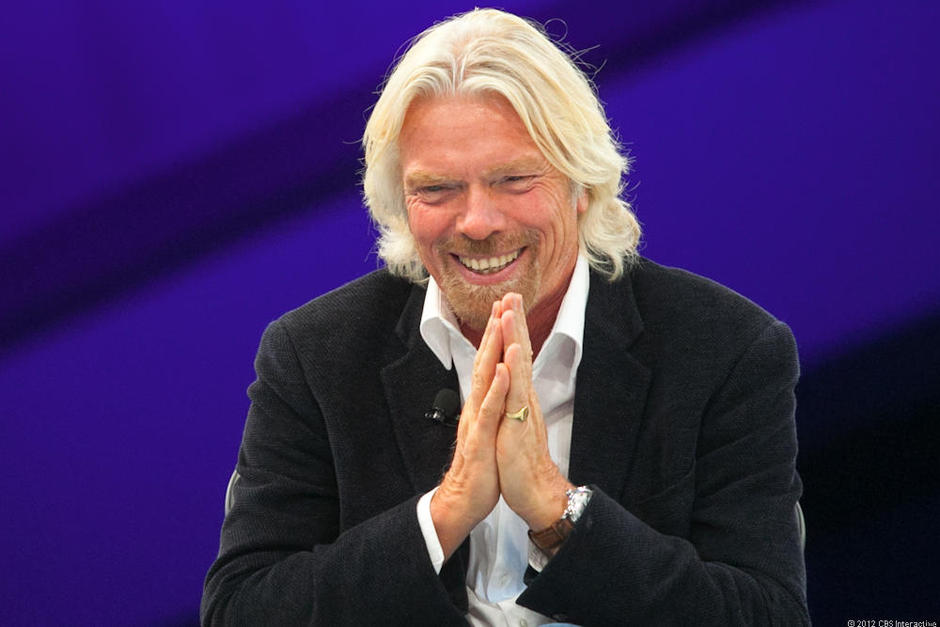 6. What’s the most stressful part of your job?

Typically, CNET will have at least three or four people at the event, one of whom is me. The job comes with its own unique set of technical challenges, and there is a delicate balance between getting what we need immediately for the live blog, and what we use longer-term in the future. During the live blog we need something to upload fast, which means shooting relatively small file sizes to be uploaded. But we also need RAW for our archives.

Add in a couple thousand people trying to use cell network hotspots to transmit data, and there’s a lot that can go wrong — and something usually does! 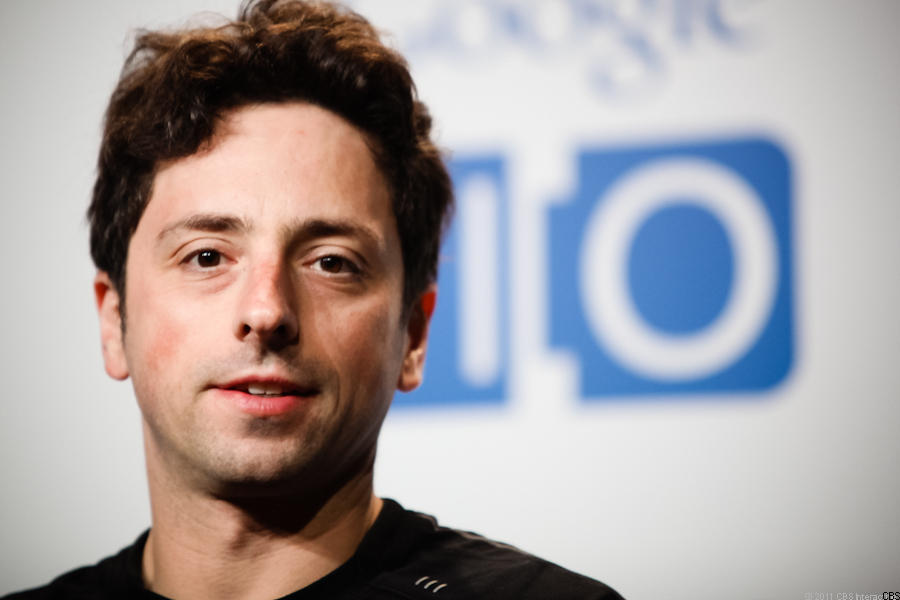 I look at and read about all kinds of photography. I started as a commercial photography assistant years ago, so I still occasionally pay attention to commercial and editorial work. While I don’t enjoy doing too much of that these days, I still appreciate it. A commercial studio is where I really learned everything I know about lighting.

The best stories are about people so I pay a lot of attention to people-focused news photojournalism and human-rights stories. I may soon be working on a project surrounding United Nations human-rights initiatives in Nepal — that is still coming together so you’ll have to check in with me later! 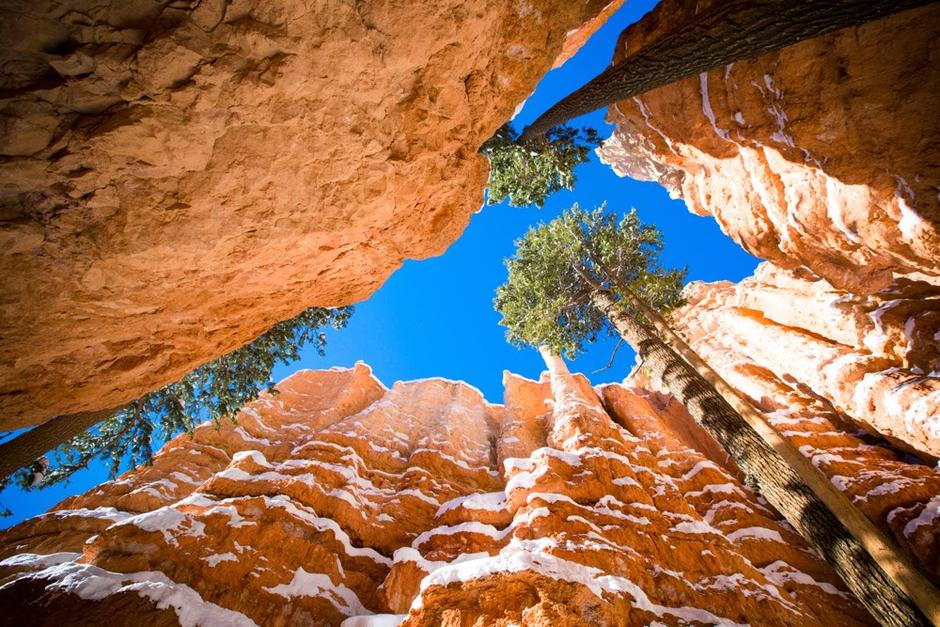 9. In terms of documentary photography, which photographers’ works have served as your biggest source of inspiration?

Oh, there are so many. Robert Capa, Cartier-Bresson, David Burnett, and Carol Guzy, who has so much emotion in her work. But Eddie Adams, Steve McCurry and James Nachtwey are three of my all-time favorites in terms of their documentary storytelling ability and use of strong artistic elements to make something beautiful. I want photography that speaks to me and tells a story, but will also be able to stand on its own as art. 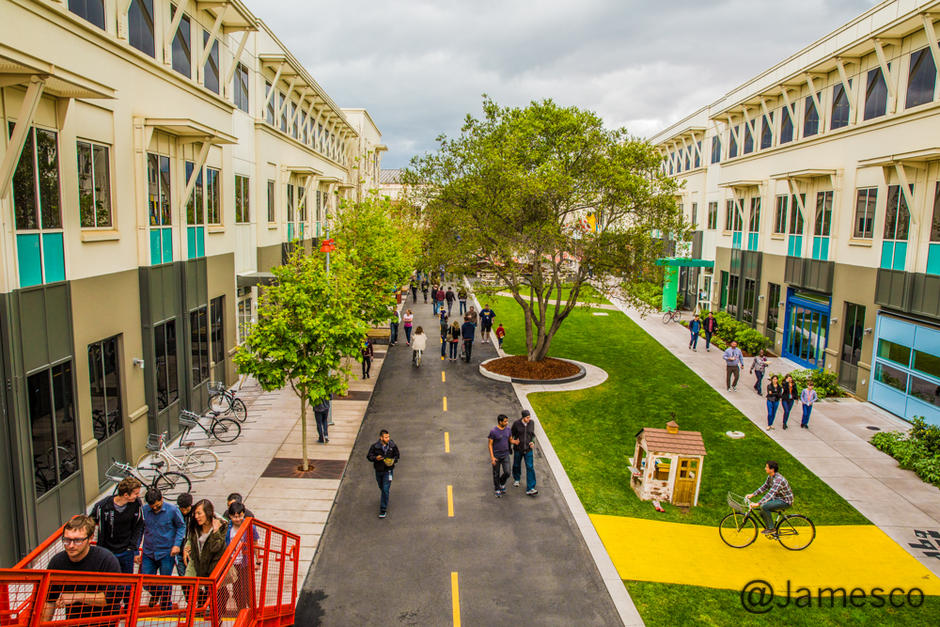 10. Lastly, what would be the best piece of advice you’d give to anyone wanting to start a career in photojournalism?

To have a career, in addition to being a decent photographer, you need to be reliable, likable, able to show up on schedule, and deliver the goods again and again. My advice is to find a strong story, and get to know the people. Pay attention to the details, and get up close to your subjects. Work hard to learn the basics, but push yourself by breaking the rules. 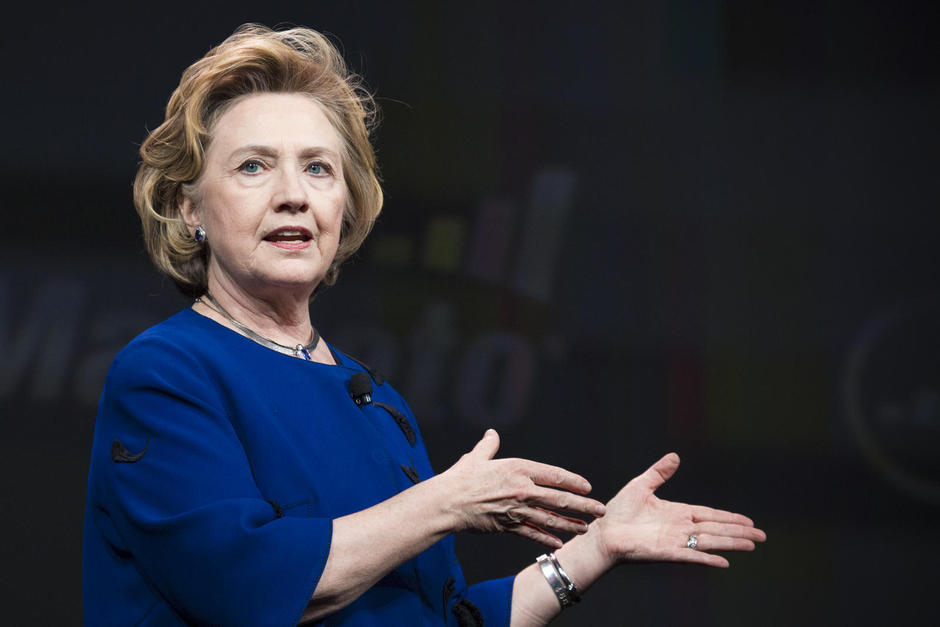