Our largest ever sale! 35% off all plans & upgrades

Use code BLACKFRIDAY22 at checkout. Offer ends in 1 day, 12 hours.

Behind the lens: Bright lights in dark winter!

Behind the lens: Bright lights in dark winter! by Anna F. Walker 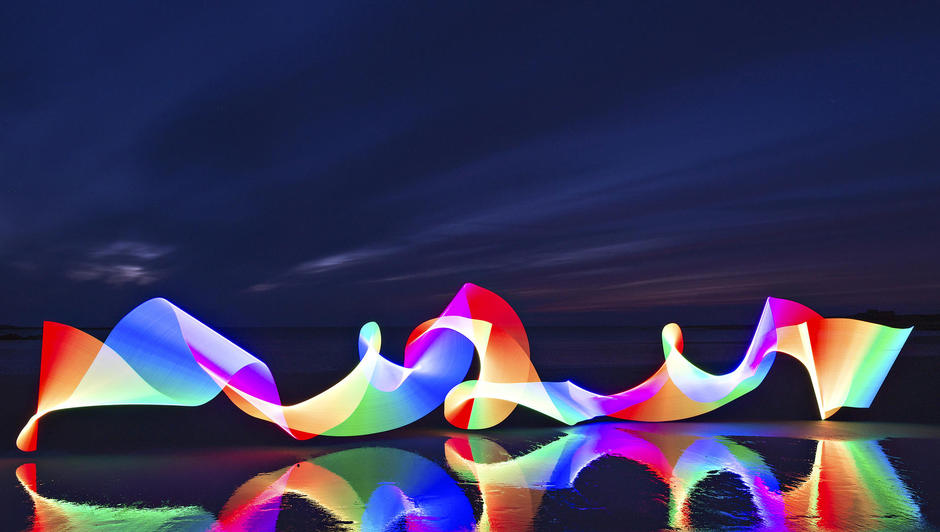 In the latest edition of Behind the photos we publish the stories that made the winning images in our Light painting and
Winter landscapes contests. There's some fantastic light-capturing skills on display here - read on to find out more...

The picture came about simply as part of me experimenting with a newly received Pixelstick via their Kickstarter project. I have dabbled with light painting for over four years, and as soon as I became aware of this new tool I had to sign up to get one of the early releases.

The methodology was pretty straightforward - open the shutter and walk in front of the camera while the Pixelstick slowly cycles through the colours of the rainbow. The LED brightness, image speed and number of cycles can all be controlled via the panel that is mounted on the Pixelstick. If you look at the colours you will see that the rainbow image completed nearly five full cycles before I shut it down.

The main post-processing was an approximately 20% width crop because my wide-angle lens was set a little too wide. Other than that, I have softened the brightness a touch to negate some of the whites created by overlapping colours as I swiveled the Pixelstick to create the curves and sweeps.

I have been following the Northern Lights for over a year now, and I have seen them in latitudes I did not think possible. Last year I had this dream of photographing my birthplace in Estonia under the glow of the Northern Lights. Finally, a few days before Christmas there was a good show coming and I spent many hours trying to take pictures, but clouds covered most of the sky. This photo is actually the last one I took at home before I drove away. I am really not happy about this picture’s quality but there seems to be some mystery feeling captured that makes it interesting.

Technically it was quite challenging to boost the colours of the sky and reduce the house lights. It was very windy too, so the trees are blurry. I used a Canon EOS 7D with Samyang 10mm lens, f/2.8, ISO640 and 43sec. The RAW file was developed in Photoshop CS6 raw converter. I used the adjustment brush on the house windows to reduce highlights and exposure and then added contrast and brightness to the image.

I thank the Photocrowd members for voting and I am very happy to achieve my very first contest win. 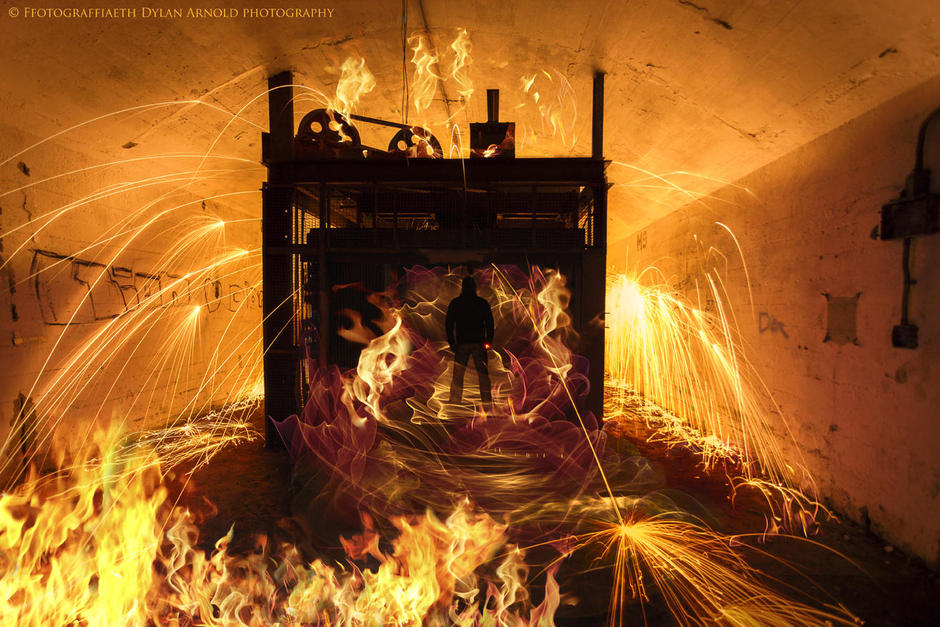 I took the picture on a midweek night out with a small photography crew that I help organise. Landscapes are usually our forte, but during the winter months, with not much light available when we meet after work, we have to be creative.

We’d arranged to meet at a local venue, an abandoned WW2 bomb storage facility in a disused quarry in Snowdonia. We took a variety of light-painting equipment with us: flashguns, glowsticks, wire wool, LED lights etc. That night we decided to experiment with long exposures and some new LED wire. One of our crew was the model standing inside the lift, and another was spinning wire wool behind it creating the sparks, while I painted the scene around the figure with the led wire (which was originally blue in colour). While this was going on, I’d locked my Canon 6D & 17-40mm f4L lens on my tripod and remotely fired off three 30-second exposures.

In post-processing I combined and blended elements from the three RAW exposures using layer masks before using filters to alter the colour of the LED wire to replicate fire. I then added photos that I’d previously taken of fire and flames and placed them in the foreground and around the lift to complete the inferno effect.