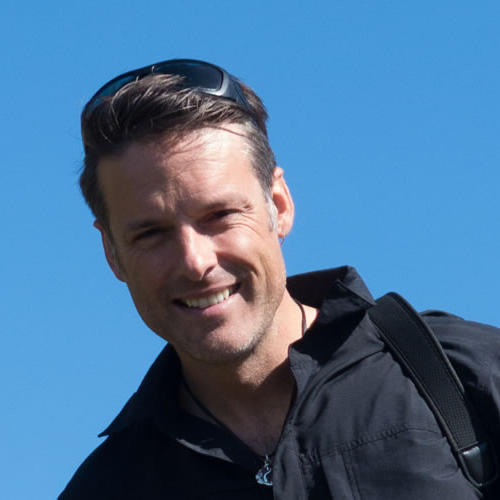 Nick is a passionate bug lover and naturalist, and has been Buglife’s Vice President since 2006.

Nick has presented many television shows. His presenting career took off with the BBC’s The Really Wild Show. In Nick Baker’s Under the Skin on BBC Two, he attempted to get under the skin of animals. He presented Twister and joined the presenting team of the science series, Tomorrow’s World. Other ventures have included co-presenting BBC Two’s Watch Out with Simon King; and Nick Baker’s Weird Creatures which has been regularly lampooned by Harry Hill’s TV Burp.

Recently Nick has been presenting Springwatch Unsprung and has also worked for Channel Five, the Discovery Channel and National Geographic.

Nick is a regular contributor to Radio 4’s The Natural History Programme and writes for publications including the BBC Wildlife Magazine, Wildlife Watch, RSPB’s Bird and Birdlife magazines, the Young Telegraph, the Bug Club magazine, Wild About Animals and FBX magazine. Nick has also written Baker’s Bug Book and the Natural History Almanac for the UK. 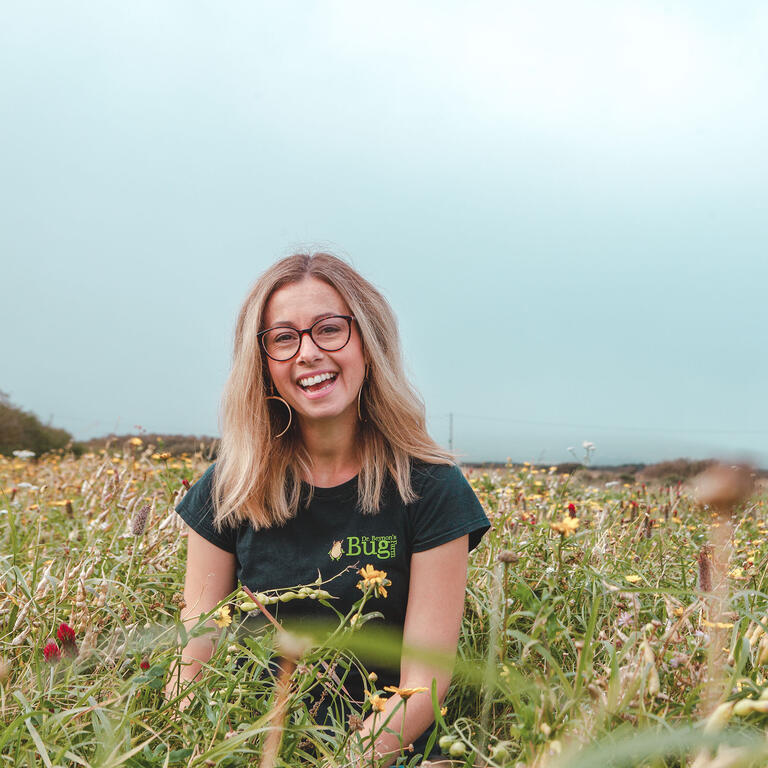 Dr Sarah Beynon is a conservationist, farmer and academic entomologist who also appears regularly on our television screens. Sarah is the founding director of Dr Beynon's Bug Farm (The Bug Farm) – a research and education centre, visitor attraction, farm and wildlife reserve focused on the sustainable future of food, farming and land management. Winner of the Royal Entomological Society's Wallace Award for her doctorate on dung beetles, Sarah’s own research focus is on beneficial invertebrates in farmland. However, more recently, her interest in farming insects for food led her and her husband Andy to launch Bug Farm Foods in 2017, where they innovate and produce a range of food made from farmed insects. Sarah and The Bug Farm have won a host of awards over the years including the Best Start-Up Business in the UK in 2016 followed by the Ethical Business of the Year for Wales in 2017. Sarah was subsequently named as one of Wales's emerging legends in the 2017 Wales - Year of Legends. Sarah won Plantlife's Meadow Maker of the Year for Wales in 2015 and the 2019 Royal Agricultural Society's Research Medal for her work and continues to research innovate and educate for a more sustainable future. 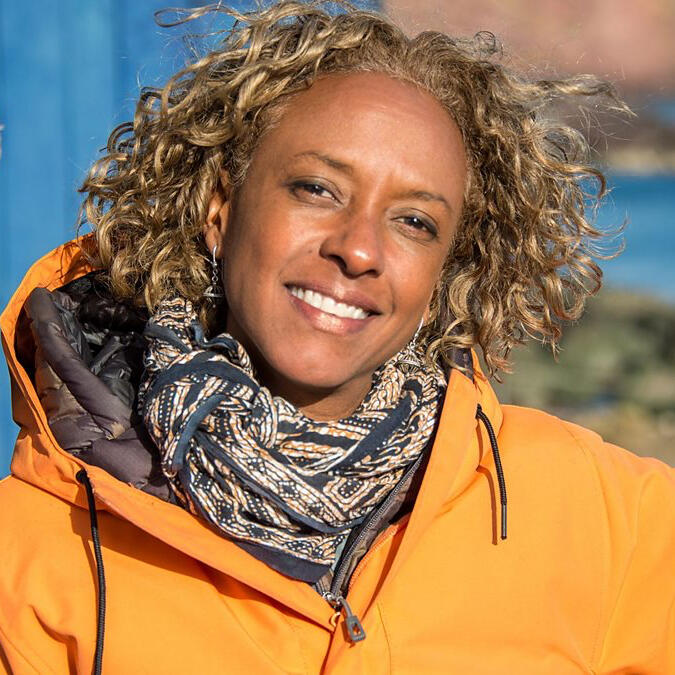 Gillian Burke is a natural history television programme producer, and has been a co-presenter of the BBC nature series Springwatch and its spin-offs since 2017.

She worked as a producer and director on several series for Animal Planet and the Discovery Channel, and as a voiceover artist, before becoming a regular presenter on Springwatch in 2017. As part of this role, she has also presented Autumnwatch and Winterwatch. In 2019, she hosted Nature’s Strangest Mysteries: Solved (Animal Planet), and in 2020 narrated Thailand’s Wild Side (National Geographic Channel).

Gillian was born in Kenya, and moved to Vienna aged ten. Her ancestry is Afro-Trinidadian, Seminole, Mauritian and Somalian; her mother was a journalist who worked with the United Nations. As a teenager, she developed an interest in wildlife through photography. She studied biology at Bristol University, and subsequently worked as a researcher for the BBC’s Natural History Unit. She now lives in Cornwall with her two children.

She is also an ambassador of the rainforest protection charity Cool Earth and a Vice President of the Wildlife Trusts. 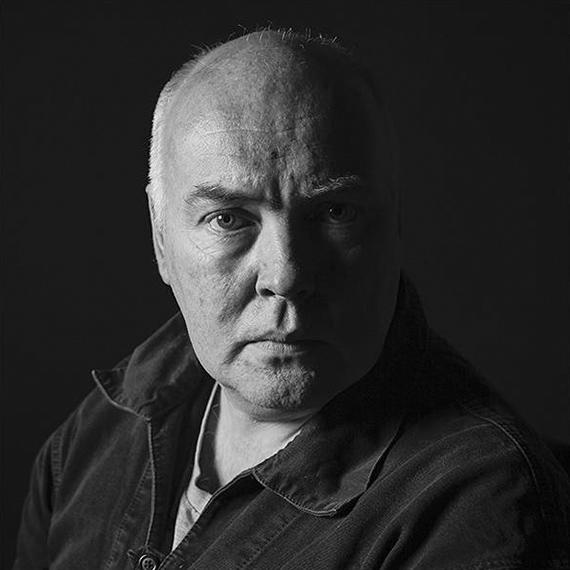 Chris is the Editor-in-Chief of Digital Camera magazine, and digitalcameraworld.com. He kicked off his photographic journey winning a Photographer of the Year competition sponsored by Woolworths when he was aged just 18... but he admits that was a very long time ago. He has since made a career of working on a number of different imaging magazines over the past 30 years. He has written a number of books, including The Book of Digital Photography, which has been translated into a dozen languages. 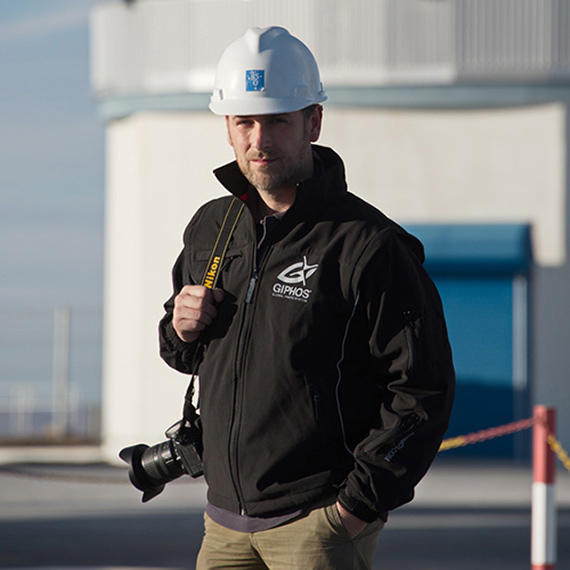 Alberto is a photographer who loves nature in all its forms and is constantly looking for the beauty of the world that surrounds us. From the most minute subjects to the immensity of the universe.

He is a Nikon Europe testimonial, Nikon School Master, and ESO Photo Ambassador. Born in Parma in Italy in 1975, he has created over sixty exhibitions and has received over seventy national and international awards. He runs workshops, courses, photo shoots and conferences all over the world.

Recognized as one of the best Italian photographers, he collaborates with various international photographic agencies; publishes photos and articles on numerous Italian and foreign newspapers both for the web and in print. 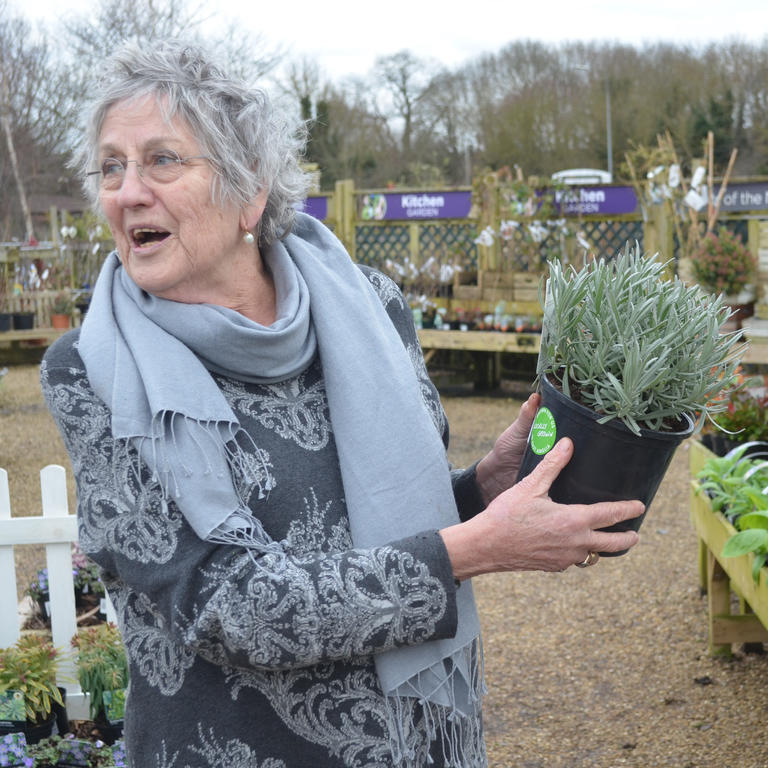 Born in Melbourne, Germaine is an Australian theorist, academic and journalist, and is regarded as having been a major feminist voice of the mid-20th century.

Germaine is the President of Buglife, and an active one, attending many events on their behalf, from opening their new Head Office in Peterborough to high profile events like the State of Nature launch. She has written passionately about the restoration of an Australian rainforest in south-east Queensland.

Germaine’s ideas have created controversy ever since her book The Female Eunuch became an international best-seller in 1970, bringing her both adulation and opposition. She is also the author of many other books including Sex and Destiny: The Politics of Human Fertility (1984); The Change: Women, Ageing and the Menopause (1991); Shakespeare’s Wife (2007); and The Whole Woman (1999); White Beech: The Rainforest Years (due 2015). 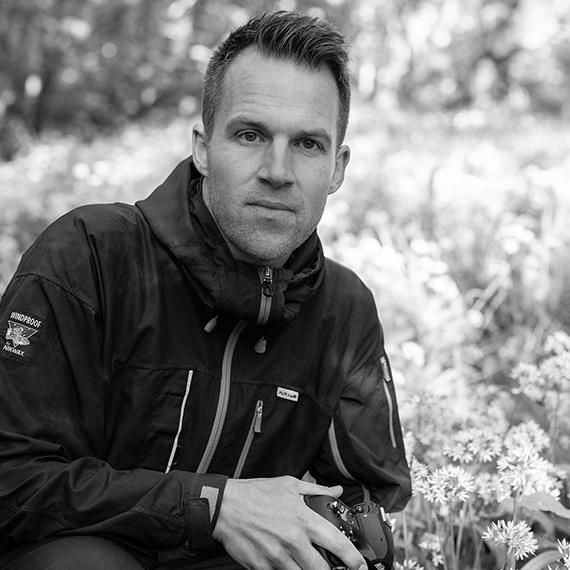 Ross has been working professionally since his late teens, and his clients include BOSE, Kew Gardens, Petronas and The National Trust. Together with Mark Bauer, he runs Dawn 2 Dusk Photography, who specialise in landscape photography workshops. Ross is a multi-award-winning photographer, a Nikon Alumni, a LEE Filters Master, and an Ambassador for Manfrotto.

Ross is passionate about nature and conservation. He lives in North Cornwall with his wife Felicity and three children. 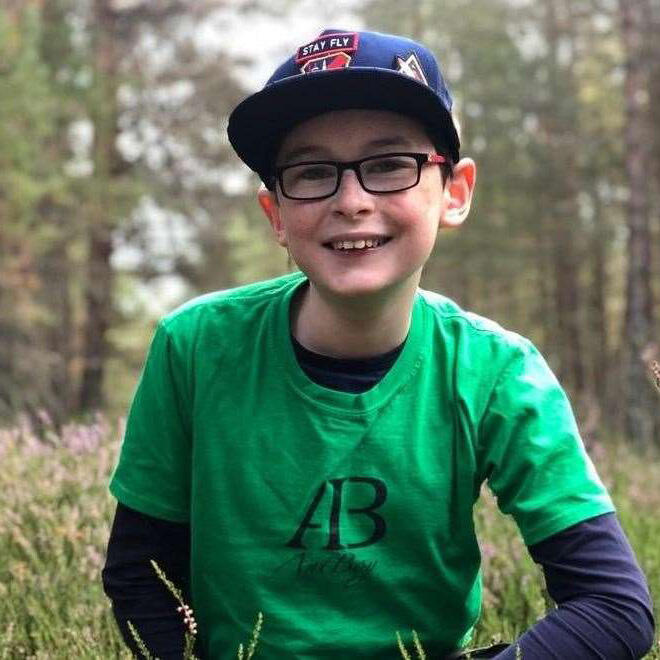 He is part of a team of volunteers who are doing what they can to conserver some of the rarest and most endangered insects in the Cairngorm National Park. In Nov 2018 he was also crowned the RSPB Scotland Young Nature Champion for conservation work in and around the Cairngorms National Park. He appeared on BBC Countryfile in Dec 2018 to talk about the plight of the Pine Hoverfly. 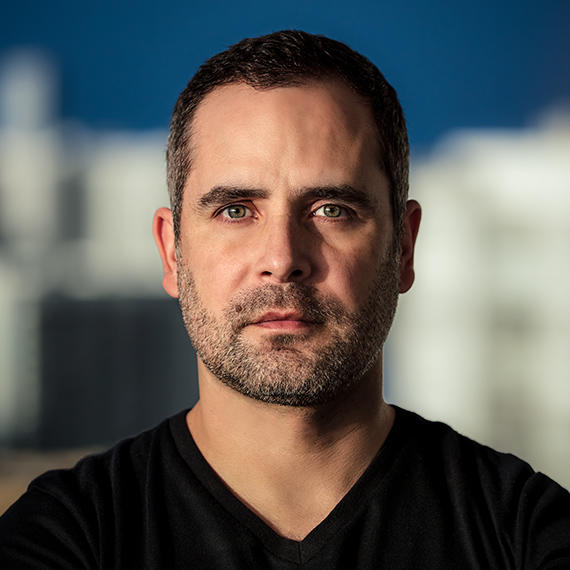 An Industrial Designer and Macro Photographer from South Florida who has lived all over the world, Andres has always had a passion for creating and developing products. By always turning to nature for his inspiration, he developed a love for insects and macro photography.

From Asia, Europe, and North America to the rainforests of Central and South America, Andres has explored the secret worlds that lay within our planet, photographing endemic and endangered species of arthropods and amphibians, sharing their unique beauty and helping conscientize society on the importance they play on our day to day lives. He has made macro photography a journey of learning and discovery.

Andres' macro photography work has been published by the BBC, NHK World Japan, Societas Entomologica, numerous entomology books, galleries, and multiple online publications. In 2019, the website Fstoppers worked with Andres to develop a full-blown Macro tutorial after his collaboration videos about macro photography reached over a million views. 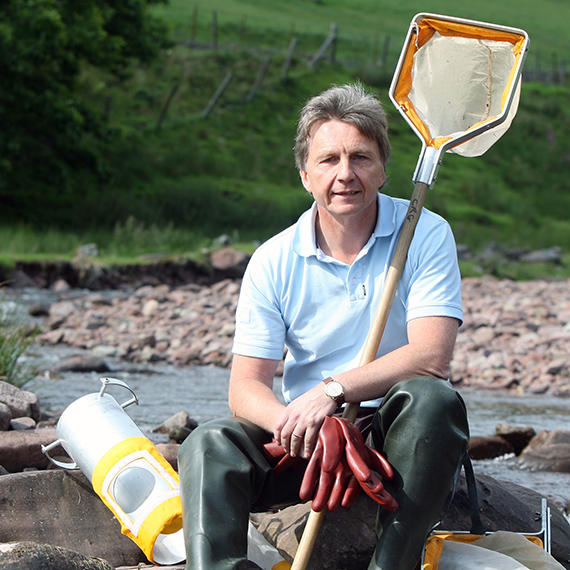 Steve is a leading invertebrate conservation scientist based at Cardiff University, and an authority on the conservation of freshwater invertebrates. He has had extensive experience on committees and boards of public bodies and NGOs, including recently being the Chair of the RSPB. Steve is currently the Chair of Trustees for Buglife. 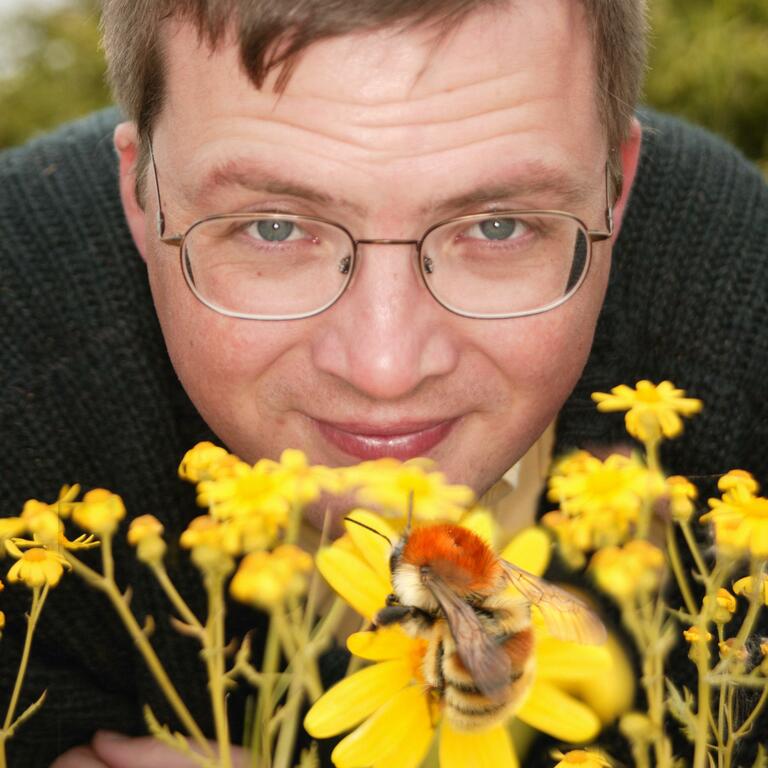 Matt is the Chief Executive of Buglife whom he joined in 2002 as the charities first ever employee. His tenure has seen Buglife grow from first concept to the effective international conservation organisation it is today.

He has a Masters from the University of East Anglia and worked previously for the RSPB as a Biodiversity Ecologist.

Matt has published many papers on invertebrates and the impact that humans have on them. He is a Board Member of the Broads Authority and a BBC Rural Affairs panel member.