The world's no1 weekly photo magazine 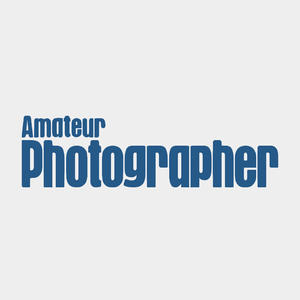 Harry Borden is one of the UK’s finest portrait photographers and his work has been widely published. As well as featuring regularly in Amateur Photographer, he has won prizes at the World Press Photo awards (1997 and 1999) and was awarded an Honorary Fellowship by the RPS in 2014. The National Portrait Gallery collection holds more than 100 of his images. Visit www.harryborden.co.uk

Amy has been working in the photography industry since 2009 working across a variety of photography titles. Currently one of the Features Editors for Amateur Photographer, she also freelances for many other publications, using and reviewing all of the latest photography equipment. She has been a photographer for just over 15 years, and has had her images published in a wide variety of magazines and books, as well as exhibiting her work in a number of exhibitions.

Sarah has over 20 years experience as a graphic designer and has worked over a wide range of magazines. As Art Editor of Amateur Photographer she has overall responsibility for the look of the magazine and designs the covers each week.

Geoff is the Deputy Editor of AP and a veteran photography journalist with over 20 years magazine experience. He is the former editor of Digital Camera and PhotoPlus magazines, and is also a keen photographer. Geoff reached the finals of the 2016 Pink Lady Food Photographer of the Year competition, and also runs a successful wedding and portrait photography business in his spare time.

Hollie joined Amateur Photographer in 2016 and now works as Technique Editor. Prior to working at AP, she worked on PhotoPlus magazine for nearly five years as a Staff Writer and then Technique Editor. She also has a 1st Class BA(Hons) degree in Photography from the University of Plymouth, where she studied from 2007-2010.