Behind the lens: Rainbow Rights

Behind the lens: Rainbow Rights with Shouvik Basak 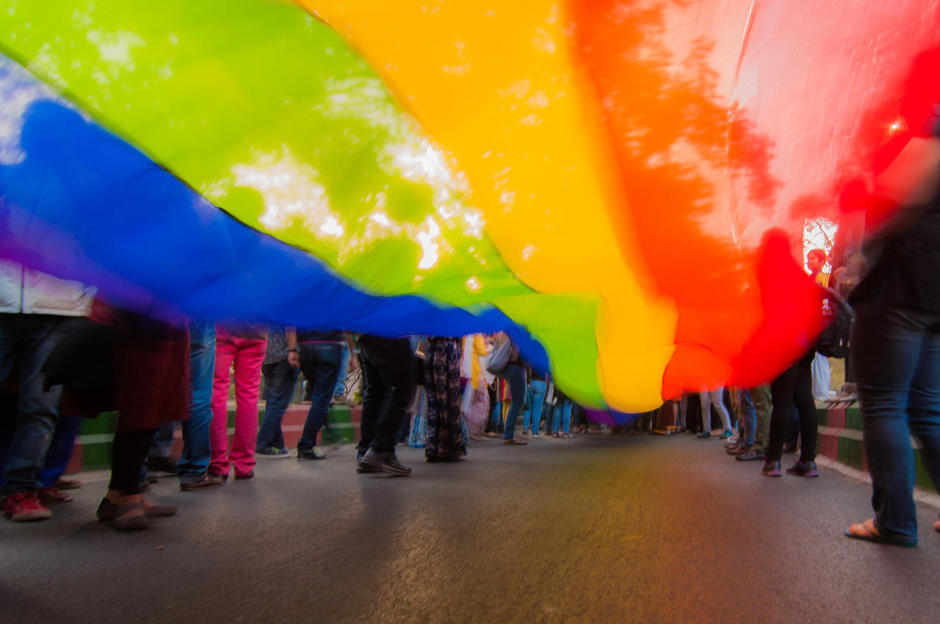 Shouvik Basak, winner of Stuart Freedman's expert vote in our Conflict and protest contest, shares the story behind his winning photo 'Rainbow Rights'.

"I took this photograph at the Delhi Queer Pride parade in 2014. 'The Delhi Queer Pride is a parade for diversity, acceptance, solidarity and resistance', states the leaflet distributed at the parade. The 2014 parade was particularly significant as members and supporters of the queer community got together to protest the December 2013 decision of the Supreme Court of India, which reinstated section 377 of the Indian Penal Code, as well as to recognise the legal and constitutional rights of transgender persons.

Protests are all about people and their cause and the rainbow colours represent the LGBT and queer community. When I saw this huge rainbow coloured flag I wanted to portray that as the identifier of the LGBT community and the stream of legs to depict the solidarity and resistance of the people, all united for the cause, all walking for a cause.

I got under the huge rainbow-coloured flag to take this photograph. The supporters were waving the flag and, using a slow shutter speed, I wanted to capture the sense of motion. I was shooting with the Tokina 11-16mm DX lens, set at 11mm so that I could utilise the wide-angle of view to capture the actions really up close. (EXIF: Nikon D90, Tokina 11-16mm f/2.8 DX, Exposure 1/6 sec at f/8, ISO 200, No Flash)

I shoot RAW and process the photos in Lightroom. I chose to increase the white balance to 6500K to bring out the warmth, adjusted the contrast and vibrancy a bit, and lowered the highlights. I also did a little crop to frame the way I liked best.

If you are interested here is a link to the complete photo story I did on this parade."