The 2018 panel of expert judges 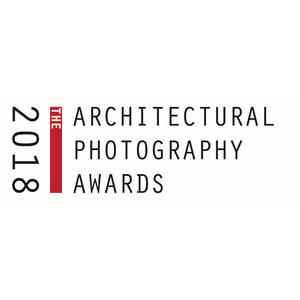 In 2013, Amy took on the role of curator and event coordinator at Sto Werkstatt, Clerkenwell, London. The Werkstatt was launched in February 2014 with an exhibition titled ‘Building Images’, showcasing the shortlisted photographers from the Architectural Photography Awards 2013. The ongoing programme of exhibitions, talks, screenings, workshops and CPD seminars at Sto Werkstatt, take Sto’s vast portfolio of façade and acoustic materials, alongside its company ethos, as starting points, to instigate lively dialogues between architects, manufacturers and cultural producers. Amy trained at the Academy of Fine Art in Vienna, and Wimbledon School of Art, London. As an artist her work explores the overlapping fields of art, architecture and media. Her work draws connections that coalesce around themes of perception and cognition, as well as the control and mediation of the senses in one’s environment.

James Timberlake is a partner at KieranTimberlake, an award-winning architecture firm recognised for its environmental ethos, research expertise, and innovative design and planning. James explores some of today's most important topics, among them, efficient construction methods, resource conservation strategies, and novel use of building materials. Current clients include the US Department of State, New York University, and Washington University in St. Louis. Under his guidance, KieranTimberlake has received over 200 design citations, including the AIA Firm Award in 2008 and the Cooper Hewitt National Design Award in 2010. A recipient of the Rome Prize in 1982-1983, James was also an inaugural recipient of the Benjamin Latrobe Fellowship for architectural design research from the AIA College of Fellows in 2001. He has co-authored six books on architecture, including the influential book refabricating Architecture. In addition to his architectural practice, James has taught at the University of Pennsylvania, University of Washington, Yale University, the University of Michigan, and the University of Texas at Austin, among other institutions. He was appointed by the Obama Administration to serve on the Board of the National Institute of Building Sciences in 2012.

Roy has been involved within the photographic industry for over 30 years as a leading insurance broker catering for the requirements of all sectors within the Photographic Industry. During this time Roy was awarded the “Fox Talbot Award” for services to Photographers by the British Institute of Professional Photographers. He is now on the Board of Directors and Ambassador of the BIPP. Roy has also been a Judge for the BIPP, MPA, AOP, IOV, Venture Portraits Awards, Rushes Soho Film Shorts, Shot Up North, The Food Photography Awards and Garden Photographers’ Association amongst others. Although he is not a photographer Roy believes in being fully involved within the Industry and appreciates the enormous creativity it generates.

Terrence Zhang, who is based in Shanghai, is an award-winning, professional architectural photographer and is one of the leading photographers of this genre in China.  He has been working in the industry for nearly 10 years and has been commissioned to photograph projects for many global and domestic architectural practises. Terrence combines video with photography in order to capture a more precise expression of the nature of spaces. Being an architecture lover, he travels around the world to visit and photograph various buildings by different architects.

Alan Capel has worked in the Picture Industry for over 25 years - starting his career as a picture researcher at Tony Stone Images and managed the physical library in the days before digital. He then focused on the sophisticated keywording approach implemented by Getty Images that underpinned the shift from analogue to digital. Alan joined Alamy shortly after its inception in 2000 and as Head of Content is responsible for Alamy’s images and the recruitment and management of the contributors who provide them. He developed Alamy’s strategy for social media and is responsible for their mobile phone app ‘Stockimo’. He is a regular speaker and panellist at photography industry events and occasional photography competition judge. He is a past board member of PACA (now DMLA) and has served on the advisory boards of the YPA and Photocrowd. He is a published photographer, but much prefers drawing to taking pictures and has co-authored four cartoon books.

Paul Mottram was previously a cameraman on CBS award winning documentaries, his experience ranges from documentaries on people and places; from Pavarotti to Afghanistan. In recent years Paul has stayed closer to home in the UK and is co founder of Line and Light a successful photography training team. One recent assignment was to travel the country for an established brand teaching their staff how to use their mobile phones to take the best photographs for the companies web sites and social media. While continuing with Line and Light Paul continues to invest in professional broadcast quality camera kit to capture the moving image.

Rainer Sladek studied foreign languages at the Ludwig- Maximilians-University Munich and then Interior Design at the University of Applied Sciences Rosenheim. He joined the architectural practice HENN in 1997 in Berlin as project manager of national and later international projects. In 2007 he founded HENN MediaLab in Munich as Head of the Corporate Communications Department. In 2010 he opened up the company ́s HENN Gallery in Munich and curated all exhibitions with a strong focus on Architectural Photography. Internationally renowned photographers like Thomas Wrede, HG Esch or Gerrit Engel made the HENN Gallery for some years a xed component in Munich ́s Art and Gallery District. Responsible for the documentation of the practice ́s architectural pro- jects Rainer Sladek was the contact person for hired photographers, in charge of the nal selection of photos for the company ́s communi- cation channels. Rainer Sladek has been a partner with HENN since 2011, today responsible for Business Development, he lives and works in Munich. From June 2018 Rainer Sladek will be working at Designliga, a Munich-based bureau for visual communication and interior design.