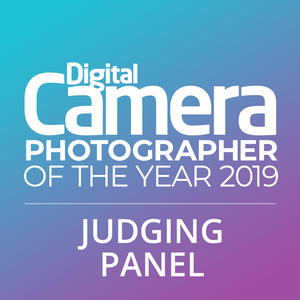 Chris George
Chair of judges and Group Editor-in-Chief of Digital Camera and www.digitalcameraworld.com

Chris kicked off his photographic journey winning a Photographer of the Year competition sponsored by Woolworths when he was aged just 18... but he admits that was a very long time ago. He has since made a career of working on a number of different imaging magazines over a 30 year career. He has written a number of books, including The Book of Digital Photography, which has been translated into a dozen languages.

Simon studied at the Royal Academy of Music in London. After several years of travelling the globe playing concerts he felt compelled to start documenting the diversity of the planet he was witnessing. A keen interest in architecture, landscape and the human experience lead Simon to expand his photographic career, during this time he has won many awards both internationally and at home in the UK. Simon's musical background is evident in his photographic images which often contain strong rhythmic elements within a formalised composition.

Ben Cherry
Judge for the 'Wildlife and Nature' category

Sally studied photography at the University of South Wales, graduating in 2009 with a first-class honours degree. In 2010, she started working for The Royal Photographic Society where she currently holds the role of Exhibitions Manager. From beautiful science images to striking documentary projects, she engages daily with image making in all its forms. Notably embracing current trends in photography as part of the exhibitions programme, Sally also organises the world’s longest running photography exhibition, the RPS International Photography Exhibition (IPE).

Damien is a photographer, journalist and photographic equipment expert, speaker, judge and educator. Fascinated by photography since his mid-teens, he loves all forms of photography and enjoys using a broad collection of equipment, from wooden plate cameras to the latest DSLRs and compact system cameras. Although he specialises in street photography, he also shoots portraits, landscapes, still life, architecture, natural macro and occasionally even wildlife and weddings. He has worked in the photographic publishing industry since 1997, has edited a weekly UK photography magazine, and has contributed to many others across Europe and the USA. He has also judged a wide range of prestigious competitions, including the Sony World Photography Awards and Landscape Photographer of the Year.

Paul Sanders
Judge in the 'Black and White' category

Paul Sanders started his career as a news photographer in 1991 working on regional newspapers before joining International News Service Reuters in 1998. After four years covering major news and sport stories across Europe, he joined The Times in London. With a clear vision of how good photography should be displayed in newspapers, and the ability to bring the best out of the photographers, he was appointed as Picture Editor of The Times in 2004, guiding the visual transition from broadsheet to the more popular compact format. He left The Times in 2012 to pursue his passion for fine art landscape work. Paul has a mindfulness approach to photography and life believing that the connection and moment you share with your subject is the key to creating great images. Paul has recently switched from DSLRs to the Fuji compact system cameras as a move to simplify his image making. He is an animated and passionate speaker about all forms of photography and his talks to camera clubs and societies having been described as inspiring. He supplies his work to corporate clients, runs workshops and writes for photography magazines.

Jo is a well-known smart phone photographer, she takes pictures of the wild and windy Moor on her doorstep and posts them on Instagram where she has a large and loyal following for her smartphone photography. Jo has recently published her first book, "Smart Phone, Smart Photography" with CICO books. She delivers a range of workshops in smartphone photography from beginner’s sessions to masterclasses from Green Island Studios, her bespoke analogue darkroom and photography workshop space on Dartmoor, in the UK. Jo is often featured talking about smart phone photography on TV and radio shows including BBC1's Sunday evening prime time TV show Countryfile, and on the BBC and ITV evening news, and BBC Radio 4.

Benedict is an award-winning journalist, practising photographer and workshop leader. As a journalist Benedict has met and interviewed some of the world’s greatest photographers and written on a wide range of photography related topics, presented technique videos, written in-depth features, curated and edited best-in-class content for a range of titles including; Amateur Photographer, PhotoPlus, N-Photo, Professional Photography and Practical Photoshop and was editor of Digital Camera magazine. Benedict is also a tour leader for Light & Land. He balances his day job(s) with a vibrant creative life working on personal photography and art projects and has taken part in multiple exhibitions.

Doug Chinnery
Judge in the 'Abstract and Creative' category

Doug is an artist making images full of movement and colour in which he attempts to reflect the moods and beauty of the world around him. Inspired by painters such as Rothko, Turner, Klee and Matsumoto, Doug attempts to represent the world in a rather abstract way. In photography, his inspirations come from Chris Friel, Valda Bailey and Graham Cook. He says he has "won no awards and I revel in obscurity with my wife, Beth and faithful spaniel, Stan."

Lottie is a fine art, travel, editorial and commercial photographer. She has won recognition in numerous awards, including the Association of Photographers’ Awards, and the Schweppes Photographic Portrait Awards. Her work, particularly the Memories and Nightmares series, has garnered international acclaim; Quints won First Prize at the Taylor Wessing Photographic Portrait Awards 2008 at the National Portrait Gallery, Viola As Twins won the Photographic Art Award, Arte Laguna Prize in Venice in 2011, and her imagery as a whole won the Young Masters Art Prize in 2012.

Carla Regler is a photographer with a passion for landscape, seascape and equine photography. Privileged to live on the coast in Cornwall, Carla runs her own photography workshops business and also has images in numerous galleries, including her own gallery in Porthleven. Her photographs have won many awards - including one of her recent storm images, which has featured all over the world with the British Life Photography Awards. Carla's work has also been published in magazines, newspapers and online, and she recently Joined the team at Light & Land to become one of their expert tour leaders.