The panel for the 2018 FIX Photo Festival Awards 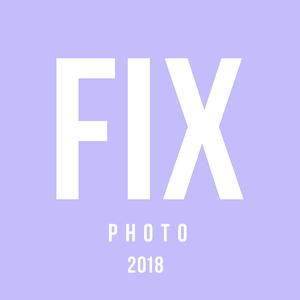 Laura Noble is the Director of L A Noble Gallery (LANG) in London.  She is also a curator and author of The Art Of Collecting Photography, with primary essays in many monographs including Form & Function – Chloe Rosser, 2018 At Home with the Furries- Tom Broadbent, 2018, Estate - Robert Clayton, 2015, In Paradiso, Deborah Baker, 2014, Hidden Identities: Unfinished - Yvonne De Rosa, 2013, and many more.

Her blog has a global following with personal thoughts and opinions on the art world and art practice. She is a nominator for the global Prix Pictet Prize and also an Ambassador for the Royal Photographic Society’s 100 Heroines project and Docking Station in Amsterdam as well as being a judge on many photographic competitions and residency programmes. Her commitment to photography is paramount.

She curates at LANG and independently and lectures on all aspects of collecting photography, professional and gallery practice worldwide. As an avid collector, Laura prides herself on discovering new talent and writes extensively on photography in numerous journals.

With a commitment to emerging photographers, LANG delivers consultations for artists and collectors alike. Launching FIX Photo Festival on London’s South Bank in 2016 it gained worldwide recognition, with an expanded programme in 2017 and is poised for another successful year in the 2018 edition.

Richard Chambury has worked in the photography industry since leaving school, for 30 years, from local newspapers to working in Fleet Street and starting online imaging and printing businesses, specialising in global image syndication.

It was whilst working as a press photographer, predominantly in the News, Entertainment and Royalty fields he photographed the great & the good from Princess Diana to Arnold Schwarzenegger and Beyonce to Nelson Mandela, travelling the world extensively. He also worked extensively in film and television on location, photographing for public relations and marketing departments for promotion.

This ability to master working remotely, with plenty of digital hurdles in his way, has enabled him to learn and visiualise how to solve the problem of creatives working online, but with little knowledge of how to set up and operate in this digital world.

He regularly interviews photographers about their experiences, methods and techniques live on Facebook and Instagram with a large global following gaining exposure for all those who participate.

Peggy Sue Amison is Artistic Director of East Wing - an international platform for photography based in Doha, Qatar. As a curator, strategist, photographic consultant and writer, Peggy Sue has collaborated with numerous emerging and established photographers, festivals, galleries and publications in Europe, Poland, China, Germany, Denmark, Ireland, Qatar, and the UAE. Prior to working with East Wing, Peggy Sue was the Artistic Director of Sirius Arts Centre in Cobh / Cork, Ireland and is a past board member of Belfast Photo Festival in Northern Ireland.  She lives and works in Berlin, Germany.

Jude Hull is Specialist, Head of Sale in the Photographs Department in London. She has worked on numerous auctions in London, Paris and New York. Most recently launching Masterpieces of Design and Photography which presented masterpieces of both mediums for the first time in the same auction and set the world auction record Robert Mapplethorpe. Closely involved with the sale of several important private collections she has also helped develop the department’s digital sales, curated exhibitions and speaks regularly on the subject of collecting photography.