An experienced and diverse panel of experts 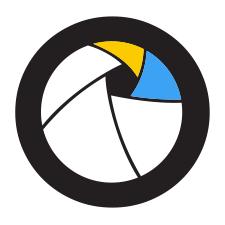 Bird Photographer of the Year is committed to the evolution of its judging panel. As part of a continued process of refreshment we aim to encourage new faces to join the team, ensuring that innovative and up-and-coming photographers as well as experienced hands are promoted regardless of gender.

Bird Photographer of the Year has assembled a large panel of expert judges to review the images for this year’s competition. The judges come from diverse backgrounds, but we have ensured that an emphasis on photography and nature remains at the core. We are sure that they will have differing views on what makes a good picture and look forward to the lively debates that will ensue before the winners are selected!

Peter has worked in the Photographic and Sports Optics industry for over 30 years. Since 2007 he has been with Swarovski Optik as the Country Manager of the UK and Ireland. Peter has an interest in all types of outdoor nature activities which he likes to enjoy in the company of his pet dog Alfie. A particular fondness for birds and an enthusiasm for the work of the British Trust for Ornithology, has resulted in a committed relationship between the BTO and Swarovski Optik. Participating in and supporting Bird Photographer of the Year is a natural progression of this alliance. His knowledge of birds and appreciation of quality optics will provide a discerning input to the judging process.

Originally trained as a zoologist at Bristol University, a spell in bookselling and a specialisation in entomology resulted in a career in publishing. Now Publishing Director at William Collins, where he has worked since 1987, Myles is currently responsible for the science, outdoor and nature titles, including the renown New Naturalist series. He has always held a deep fascination of the natural world, with a particular fondness for the fauna of Suffolk and the Outer Hebrides. Having used thousands of images over the years to illustrate these books, he knows a thing or two about what makes an image stand out from the crowd. Myles is delighted to be a part of the judging process and to publish the Bird Photographer of the Year book.

Matt is the Editor of Digital Photographer magazine, a print and digital title aiming to inspire enthusiasts and semi-professional photographers by introducing them to new techniques, ideas and skills. He has worked on the magazine for the past five years, having previously worked as a portrait photographer in Melbourne, Australia. However, he enjoys many different forms of photography, from nature and landscapes through to street photography.

Klaus was born in Copenhagen in 1953. Having taken up photography in 1975 he co-founded NFD – Naturephotographers in Denmark in 1996 and was chairman from 2004 to 2012, and editor for NFD magazine from 1998 to 2012. Klaus’s pictures have been widely used in magazines and books in his home country and throughout Europe. His first book “Israel 40 years with birds and camera” was published in May 2017.

Alan Capel has worked in the Photography Industry for over 25 years. Whilst working as a freelance cartoonist he stumbled across the world of stock and, except for a brief sojourn trying to sell expensive photographic art on the internet, has been here ever since. Alan started as a picture researcher at Tony Stone Images, the company then became Getty Images and he held a number of senior positions as the company shifted from analogue to digital. Alan joined Alamy shortly after its inception in 2000 and as Head of Content is responsible for Alamy’s images and the recruitment and management of the contributors who provide them. The site has over 100 million stock, news and historical pictures from over 40,000 photographers and over 600 picture agencies. He developed Alamy’s strategy for social media and was most recently responsible for their mobile phone app ‘Stockimo’. He is a regular speaker at Photography industry events and undertakes talks to students, opening their eyes to the possibilities and pitfalls that await them in ‘the real world’. He is a published photographer but much prefers drawing to taking pictures and has co-authored four cartoon books. He is a lapsed ornithologist and has held a fascination with Birds of Prey since childhood.

Victoria studied Zoology with Marine Zoology at the University of Wales, Bangor before going on to study for an MSc in Wildlife Biology and Conservation at Edinburgh Napier University. Nature has been a passion from an early age with photography following closely behind as a way to show people what she was seeing and studying. Over the years she has developed both her scientific and photographic skills specialising in macro photography championing the smaller species we have around us. Victoria is a Manfrotto Ambassador and has contributed stills, video and articles to magazines, books and TV series including National Geographic and The BBC, with awards in various competitions.

Victoria has recently published her first book Forgotten Little Creatures celebrating local wildlife through bringing together photography with scientific and historical facts. Although based in Somerset, Victoria gives talks about her work and runs both group workshops and 1-2-1 tuition across the country, helping people to make the most of their subjects and equipment whist getting to grips with tricky habitats and thinking about the importance of being responsible and ethical when photographing nature.

Matt is the editor of Bird Watching Magazine, and the author of A Sky Full Of Birds (Rider Books, 2016) as well as four collections of poetry. He lives in Warwickshire, where he is an enthusiastic patch birder and incompetent photographer.

Chris Packham President of the British Trust for Ornithology

Chris was born in Southampton in 1961 and as soon as he was crawling around suburbia ladybirds were being desiccated in matchboxes and tadpoles 'tortured' in jam jars. Husbandry skills improved and the menagerie expanded to large collections of reptiles (inside) and birds of prey, foxes, badgers, squirrels etc (generally outside). A precocious young scientist, swat and nerd- in-training he studied kestrels, shrews and badgers in his teens and undergraduate days at the Zoology department of Southampton University. He also embraced Punk Rock and played in a band, and the DIY ethos and determination to never take ‘no’ for an answer are forcefully retained. Post graduation and a cancelled PhD, (the badgers were getting a bit much), he began taking still photographs and trained as a wildlife film cameraman. The photography continues with exhibitions and invitations to judge prestigious competitions. In 2010 Chris was awarded the Dilys Breese BTO Medal for ‘his outstanding work in promoting science to new audiences’. In 2014 Chris became the President of the BTO, a position he will hold for four years.

Georgina has worked for Olympus for nearly 10 years, and has been in marketing for 15 years with experience in various industries. She has always been passionate about art and photography, and has had her work published since the age of 15, supporting the launch of a gallery at only 18 years old. Georgina is keen to support artists and photographers and to share their talents, inspiring the talents and educating others along their creative journeys.

Brian has been a full-time professional wildlife photographer for more than 20 years, with a particular passion for photographing birds. Brian grew up in Los Angeles and graduated from the University of California in 1982 with a bachelors degree in Geography-Ecosystems. Brian worked as the Photo Editor of the American Birding Association’s membership magazine Birding for fifteen years. His photographs have been used in literally hundreds of books and magazines across the world, recent titles including the Smithsonian Field Guide to the Birds of North America, and his own co-authored collaborative work on the Eastern and Western photographic field guides to the birds of North America. He still lives in the Los Angeles area with his wife Ana, daughter Nicole and son Tyler.

David’s passion for birds started at an early age, he was photographing them by the age of 13 but while at school always had ambitions to be a sports photographer. After a few years as a building society auditor professional photography became a reality, in 1992, having already started working with Tony Stone Images. In 1993 David started a photographic agency specialising in birds. He ran this for over a decade until giving it up to concentrate on his own work as the digital age took hold. His first book was published by Harper Collins in 1996 and he has gone on to write or collaborate with authors on over 40 titles. These include the best selling Bird Photography Field Guide and the widely acclaimed Birds and People.

He writes a monthly column Focus on Birds for Wild Planet Photography Magazine, and is a regular contributor to Amateur Photographer Magazine. He has been a frequent speaker at photography events both in the UK and abroad and has held a number of exhibitions of his work. David has received a number of photographic awards including the European Nature Photographer of the Year documentary award in 2002 for his work on Emperor Penguins and more recently won a Natures Best Award for his work on Mongolian Eagle Hunters. He lives with his family in North Norfolk and when not travelling or photographing his other passions in life include F1 motor racing, cooking curries and managing his 4 acre ancient woodland close to Holt, in which he often sits under an old oak dreaming of being a sports photographer one day!

Former Reserve Manager at Rutland Water Nature Reserve and co-founder and organiser of Rutalnd Birdfair. Along with Chris Breen of Wildlife Worldwide, Tim will be judging our new Inspirational Encounters category. £1,500 will go directly towards supporting the annual Birdfair conservation project, helping to inspire future generations.