Our experts from the worlds of photography and bug conservation 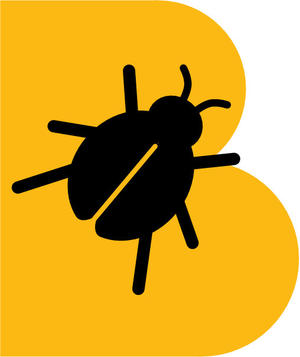 Germaine is an active president attending a swath of events on Buglife’s behalf, from opening our new Head Office in Peterborough to high profile events like the State of Nature launch.

Born on 29th January 1939, in Melbourne, Germaine is an Australian theorist, academic and journalist, and is regarded as having been a major feminist voice of the mid-20th century.

Germaine’s ideas have created controversy ever since her book The Female Eunuch became an international best-seller in 1970, bringing her both adulation and opposition. She is also the author of many other books including Sex and Destiny: The Politics of Human Fertility (1984); The Change: Women, Ageing and the Menopause (1991); Shakespeare’s Wife (2007); and The Whole Woman(1999); White Beech: The Rainforest Years (due 2015).

Nick has been a dedicated Vice President since 2006 and we are pleased to have the ongoing support of such a passionate bug lover and naturalist.

Born 22nd April 1972, in Surrey, Nick graduated from the University of Exeter in 1993 with a degree in Biological Sciences. During his time at Exeter, he co-founded the University’s national Bug Club and was a member of the Royal Entomological Society’s Youth Development Committee.

In Nick Baker’s Under the Skin on BBC Two, he attempted to get under the skin of animals. He presented Twister and joined the presenting team of the science series, Tomorrow’s World. Other ventures have included co-presenting BBC Two’s Watch Out with Simon King; Nick Baker’s Weird Creatures which has been regularly lampooned by Harry Hill’s TV Burp.

Recently Nick has been presenting Springwatch Unsprung but has also worked for Channel Five, the Discovery Channel and National Geographic.

Nick is a regular contributor to Radio 4’s The Natural History Programme and writes for many publications including the BBC Wildlife Magazine, Wildlife Watch, RSPB’s Bird and Birdlife magazines, the Young Telegraph, the Bug Club magazine, Wild About Animals and FBX magazine. Nick has also written Baker’s Bug Book and the Natural History Almanac for the UK.

Levon Biss is a British photographer who’s career has covered a wide breath of photographic genres, from portrait to documentary and then sport. His work has appeared on the covers of titles such as TIME magazine and The New York Times, with subjects including Quentin Tarantino, President Macron and Usain Bolt. For the last six years he has turned his attention to extreme macro photography.

Biss’s passion for nature and photography created Microsculpture, a unique photographic study of insects in mind-blowing magnification that has taken the genre of macrophotography to an entirely new level. Biss has adapted traditional macro techniques to create a photographic process that reveals the minute detail of insects in a resolution never seen before.

His photographs are printed in large-scale formats, with insects that are only millimeters long being presented as 3 meter high prints. Each image takes over 3 weeks to create and are produced from up to 10,000 individual photographs. The Microsculpture exhibition has toured for 4 years, with 16 solo shows in 18 countries.

His latest project, ‘Carpology’ is a focuses of seeds and fruit and will be presented as an exhibition and book in late 2020.

Chris kicked off his photographic journey winning a Photographer of the Year competition sponsored by Woolworths when he was aged just 18... but he admits that was a very long time ago. He has since made a career of working on a number of different imaging magazines over a 30 year career. He has written a number of books, including The Book of Digital Photography, which has been translated into a dozen languages.

Alberto Ghizzi Panizza is a professional photographer, Nikon Europe testimonial, Nikon School Master and ESO Photo Ambassador. Born in Parma in Italy in 1975, he practices 360° photography and is a precursor of digital photography. He particularly loves nature in all its forms and is constantly looking for the beauty of the world that surrounds us from the most minute subjects to the immensity of the universe.

He has created over 60 exhibitions and has received over seventy national and international awards. He constantly realises workshops, courses, photo shoots and conferences all over the world.

Recognised as one of the best Italian photographers, he collaborates with various international photographic agencies; publishes photos and articles on numerous Italian and foreign newspapers both for the web and in print.

Steve is a leading invertebrate conservation scientist based at Cardiff University, and an authority on the conservation of freshwater invertebrates, he has had extensive experience on committees and boards of public bodies and NGOs, including recently being the Chair of the RSPB. Steve is currently chair of Trustees for Buglife.

Ross Hoddinott is one of the UK’s best-known landscape and nature photographers. He is the author of several best-selling photography books, including Digital Macro & Close-up Photography, The Landscape Photography Workshop and 52 Assignments: Landscape Photography. He is a regular contributor to the photo press and his written hundreds of articles. Ross has been working professionally since his late teens, and his clients include BOSE, Kew Gardens, Petronas and The National Trust. Together with Mark Bauer, he runs Dawn 2 Dusk Photography, who specialise in landscape photography workshops. Ross is a multi-award-winning photographer, a Nikon Alumni, a LEE Filters Master, and an Ambassador for Manfrotto. Ross is passionate about nature and conservation. He lives in North Cornwall with his wife Felicity and three children.

Arno van Berge Henegouwen is a biologist and has worked in various museums. He finds the greatest satisfaction in education, in addition to scientific work on insects. In addition to his scientific publications on water and dung beetles, he has published on various popular science topics and, often together with colleague Ruud Hisgen, he has conceived many temporary and permanent exhibitions in museums in Tilburg and The Hague. In the Museon they designed the renewed permanent exhibition Your World My World. He brought the first and twenty-two subsequent editions of the Wildlife Photographer of the Year to The Hague. Hisgen and he devised and developed the Museonder for the Hoge Veluwe National Park and renovated the Visitor Center.