Gentleman, and editor of The Chap magazine 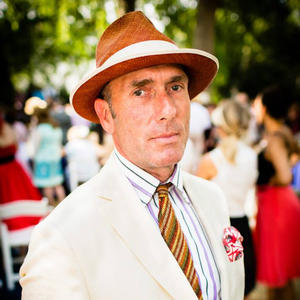 Back in 1999, Gustav Temple — a man marginalised by his commitment to hat doffing, the regular use of a trouser press, and the wearing of sock suspenders — decided that enough was enough. Frustrated beyond reasonable limits by the vulgarity of the modern age, he made a call to his publisher and got to work on the first issue of The Chap magazine. It was soon established as essential reading for modern gentlemen everywhere, and continues to be so.

However, The Chap is far more than just a magazine. Over the last 15 years it has also become the mouthpiece of the Anarcho-Dandyist movement (which mounts protests such as Civilise the City, a very un-mob-like flash mob that declared London's Piccadilly Circus a 'doffing zone'), and the host of the Chap Olympiad: an annual sporting day that features events including Umbrella Jousting and The Three-Legged Trouser Limbo [pictured].

Photo of Gustav by Soulstealer Photography** 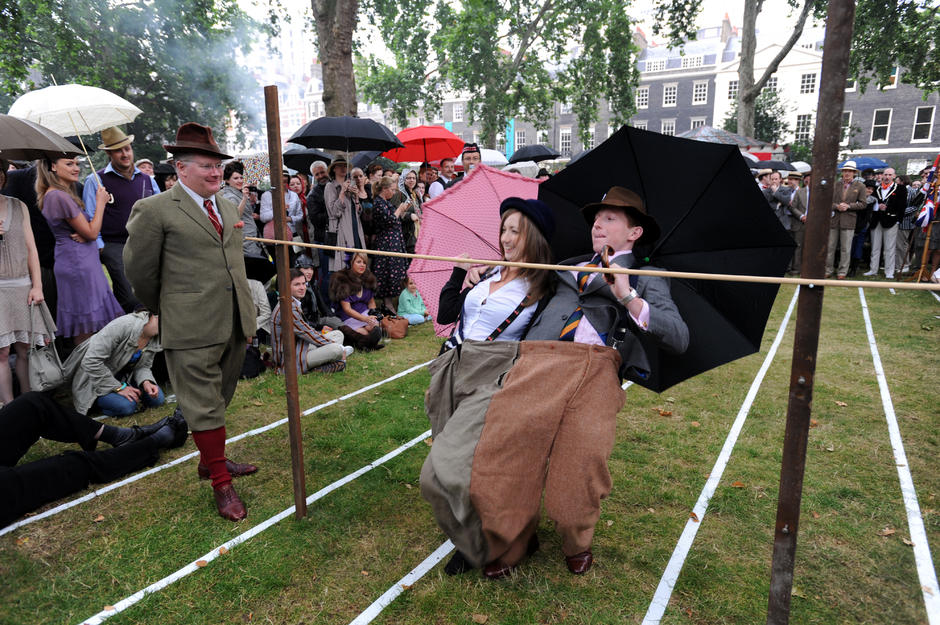