A mix of meteorologists, photographers and photo editors 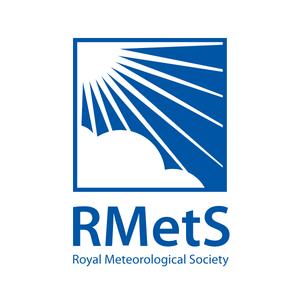 The selectors include a mix of meteorologists, photographers and photo editors who will look for work that combines photographic skill with meteorological observation.

‘I was born in Yorkshire and I’m sure my upbringing on top of the Pennines, where the weather can be a little more extreme, is one the main reasons why I became so fascinated by the weather. A career in meteorology was inevitable even before I had left school.’

Dennis Schulze Chief Meteorological Officer MeteoGroup - Dennis Schulze is the Chief Meteorology Officer of MeteoGroup, Europe’s largest private sector business. In this function he is responsible for maintaining and further developing the scientific foundation of MeteoGroup’s activities and advising in large customer projects about the best use of meteorological information. Before assuming management responsibility on group level, Dennis was for many years managing director of the German business of MeteoGroup. He joined the business in 1993 starting his career working as a forecaster and in meteorological development before moving into management. Dennis studied meteorology at the Freie Universität Berlin.

Evelyn Müller Meteorologist Verification Manager MeteoGroup - Evelyn Müller is the Verification Manager of MeteoGroup, Europe’s largest private sector business. In this function she is steering all activities to measure, improve and communicate forecast quality within the company. Evelyn joined MeteoGroup in 1997 as a forecaster in the weather room and became soon involved in meteorological product development for various business sectors. She led the research team of MeteoGroup’s German office and managed national and international projects for a broad variety of industries, from agriculture, energy and insurance to media and transport markets. In her previous career Evelyn worked in hydrological research. Evelyn Müller graduated in Meteorology at the Humboldt-University of Berlin.

Stephen Cheatley Professional Photographer and winner of Weather Photographer of the Year 2018 - Stephen has always had an interest in photography throughout his life, ever since picking up his mum's Kodak Instamatic camera which took 126 film. He eventually progressed up to 35mm SLR photography in the 1990's before moving onto digital in the early 2000's. He joined an astronomy society in 2010 and this opened up a different type of photography to pursue. Many of the subjects in astronomy would overlap with meteorology, so this is where he became more interested in photographing wild weather, including lightning. He has always been fascinated by lightning, but always failed to capture it until the winning image.

‘Winning the RMetS Weather Photographer of the Year competition was an amazing experience for me. The image went viral originally, and winning the competition brought me a lot of publicity all over again. It was this win which made me decide to give up my previous work to pursue a career in professional photography. Having always been fascinated by wild weather & lightning storms, I am really looking forward to helping judge this year's competition.’

Adrian Theze Professional Photographer and winner of UK Weather Photographer of the Year 2017 - Adrian is a professional photographer and an Associate of the Royal Photographic Society. His photographs have been published widely including National Geographic and Outdoor Photography magazine. He also has many book covers to his name including internationally published titles. Adrian's spent quite a bit of time in Iceland, revelling in the extreme winter conditions that have inspired his photography. Battling near hurricane force winds and extreme windchill, he took the photograph that won him first place in the Weather Photographer of the Year competition 2017.